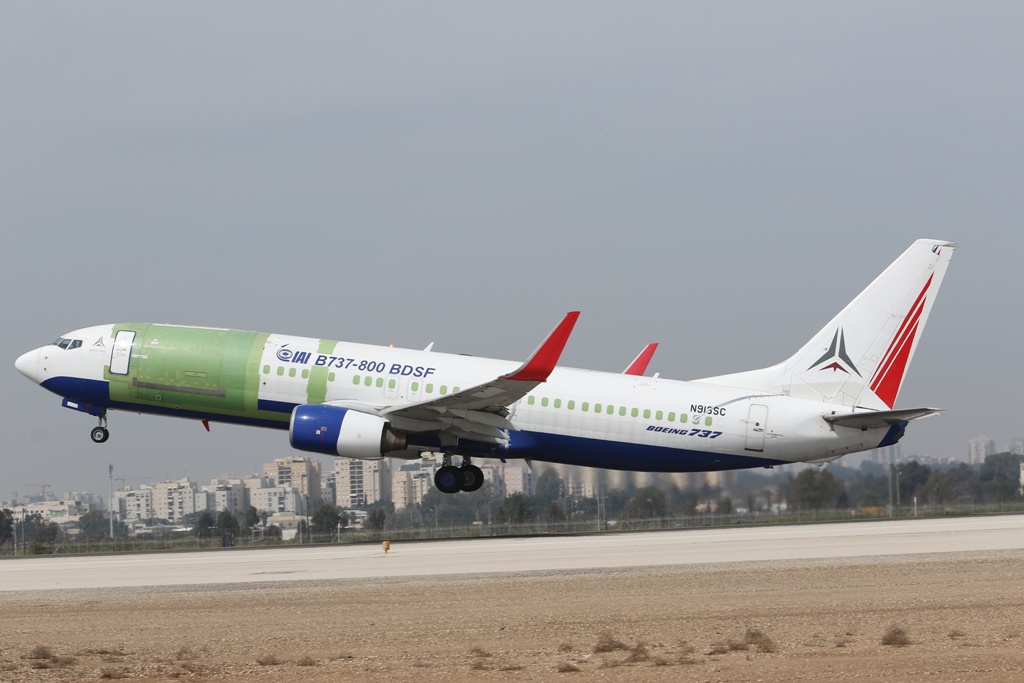 As leader in passenger-to-freighter (P-2-F) aircraft conversions, IAI BEDEK has successfully converted more than 260 aircraft, which have collectively accumulated over 2,500,000 operational flight hours over the past 40 years. Among these aircraft are different types of Boeing 737, 757, 767, 747, and the MD-11, with the conversion of the B777 currently under development at IAI.

The Boeing 737 makes up a significant part of IAI’s P-2-F conversions. The B737 provides the flexibility and economy of flying cargo over short and medium distances.

Since receiving the Supplemental Type Certificate (STC) to convert the B737-700 in 2017, IAI is the only provider of full cargo conversion for aircraft of this type, whereas others offer Combi configurations, carrying a mix of passenger and cargo.

As with other conversions, IAI developed the BEDEK special freighter (BDSF) conversion and has Supplemental Type Certificates (STCs) from the FAA and EASA for the conversion of the B737-300/400/700 and /800. These BDSFs deliver excellent operational value with advanced avionics, improved performance, reduced fuel-burn, and reduced maintenance costs.

These conversions include a comprehensive modification of the aircraft, a new main deck cargo door, installation of smoke and fire detection and suppression systems on the main deck, and floor drain system. In parallel to the conversion of B737-700, IAI has developed a separate conversion for the longer B737-800, which has a much larger payload. In early 2020, IAI received the STC for its B737-800 conversion.

“IAI operates conversion lines for the B737 in Israel, Mexico and China, where aircraft undergo all the necessary inspections and heavy maintenance, as part of the conversion to the cargo configuration,” said Eran Cohen, director of B737 conversions programme at IAI Aviation Group. “The conversion process takes between 90 and 100 days (depending on the specific model) and includes all the necessary modifications. Following the process, the aircraft is able to fulfil its new role of a cargo aircraft, for the rest of its operational life. IAI also offers full MRO services support for these aircraft”.

Until 2020, the aftermarket price of B737-800 remained too high for economic conversions due to high demand and the grounding of the B737-MAX. “The situation has changed with the outbreak of the Covid-19 pandemic,” Cohen said. “Today, with the drastically reduced passenger aircraft operations and grounding of fleets, airlines are phasing out relatively new aircraft, such as the Boeing 737-800.”

Cargo operators are eager to introduce these aircraft into their fleets, while airlines are using them to carry packages in their cabins. With the full BDSF conversion, these aircraft can carry twice, and even three times the cargo, more efficiently, with faster loading and unloading.

“Today, the B737-800 aircraft are available for cargo conversions at prices much lower than only four months ago. This trend has opened up the market, and we expect further growth in demand,” Cohen concluded.