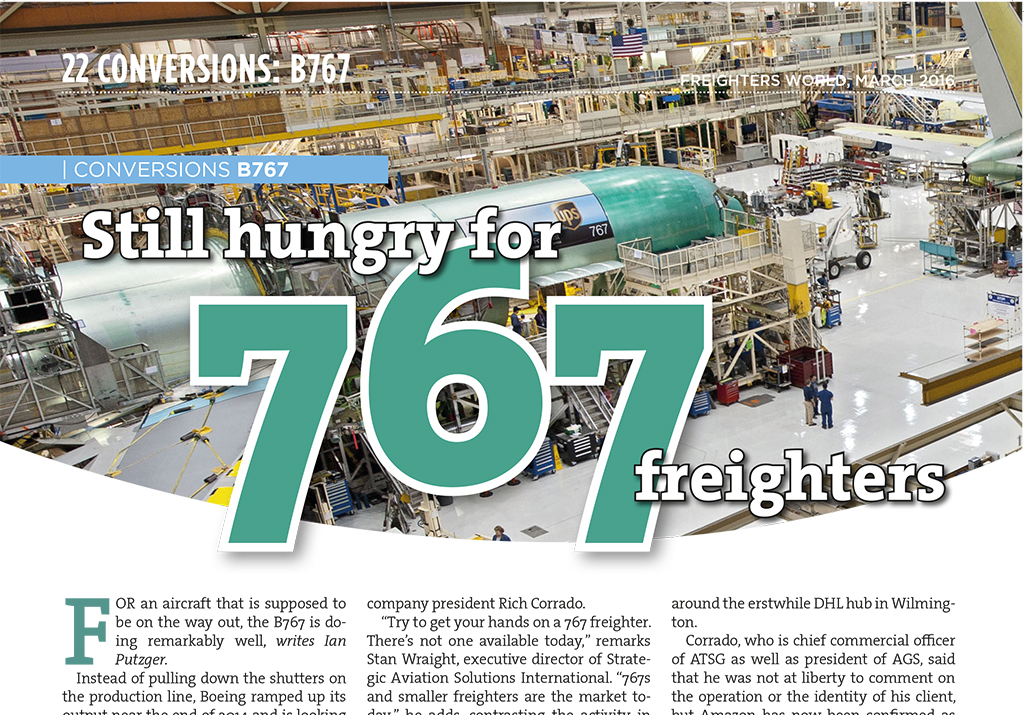 For an aircraft that is supposed to be on the way out, the B767 is doing remarkably well, writes Ian Putzger.
Instead of pulling down the shutters on the production line, Boeing ramped up its output near the end of 2014 and is looking to go up another notch.
In October of 2014 the production rate was increased from previously one 767 aircraft a month to 1.5, and management intends to push it up to two planes per month.
Interest in conversions of B767-300s, especially the extended range variant, has also been lively, including players not normally associated with the aircraft type.
Want to read more? Click here to sign up for free access to the Freighters World digital archive

Aero Capital and SmartLynx partner for A321 freighter conversions

Aero Capital Solutions (ACS) has launched an Airbus A321 freighter conversion programme in partnership with SmartLynx Airlines, starting with four…