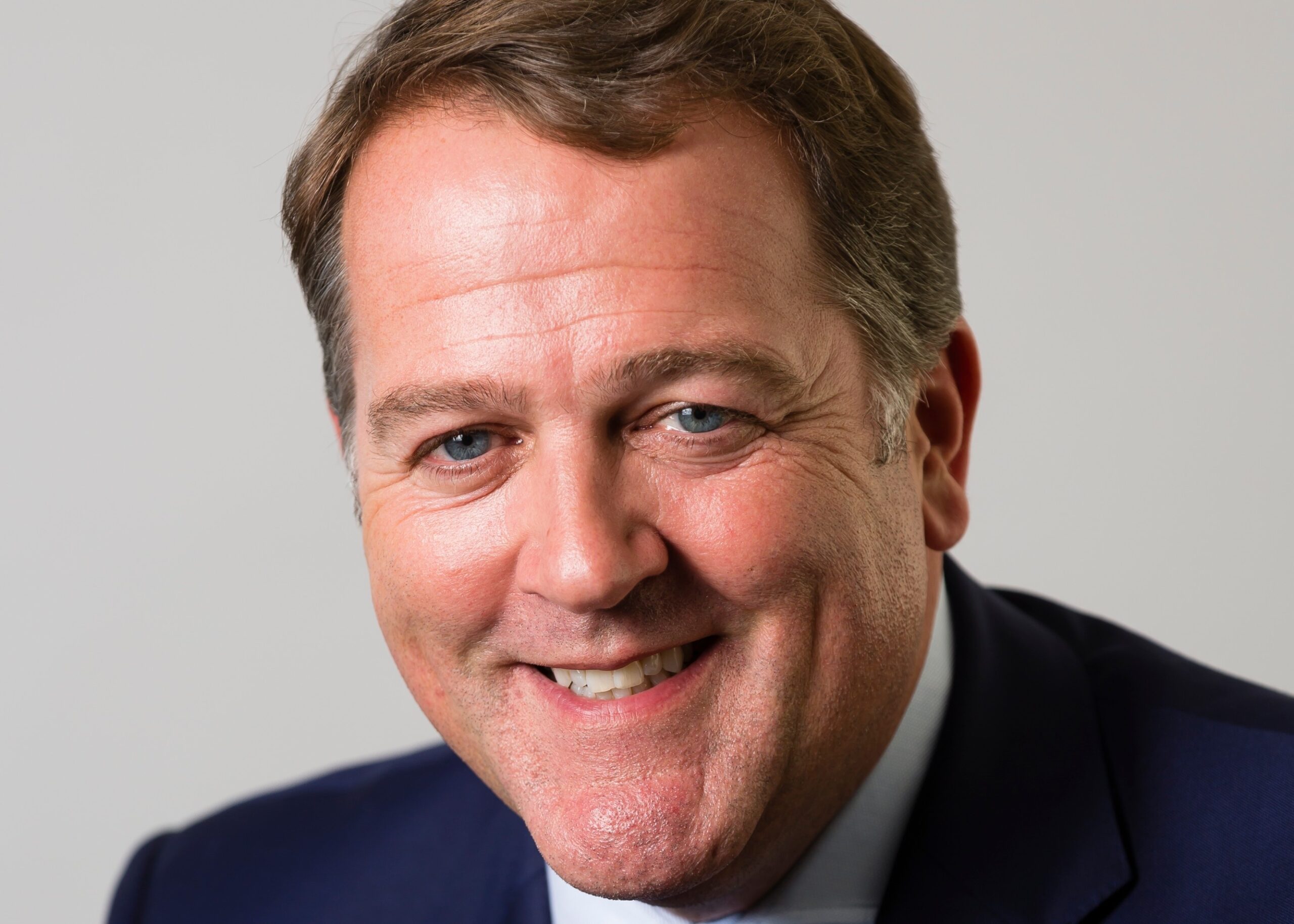 WFS chief executive Craig Smyth tells Air Cargo News that between 2021 and 2024 the company has the ambition of expanding capacity by 30%.

The company has already achieved 10% of the target with its network of facilities reaching a size of 8.5m sq ft following a series of new wins and acquisitions.

Smyth says that last year the company made two “medium-sized acquisitions” in the US, taking over Pinnacle Logistics in September and Mercury Air Cargo towards the end of the year.

Pinnacle also has a trucking operation based out of Texas and almost doubled WFS’ deals with Amazon from seven to 13.

It’s not just in North America that WFS has been making acquisitions; the company also purchased French handler R.A.Hand in August last year.

R.A.Hand was established in 2010 and is based at Paris Charles de Gaulle Airport. Its warehousing space at the hub covers an area of 6,800 sq m and it employs 50 team members.

Smyth says the handler has also been busy adding new facilities. The company opened a new offline cargo warehouse at Amsterdam Airport Schiphol in August to add capacity ahead of the winter 2022 peak season. 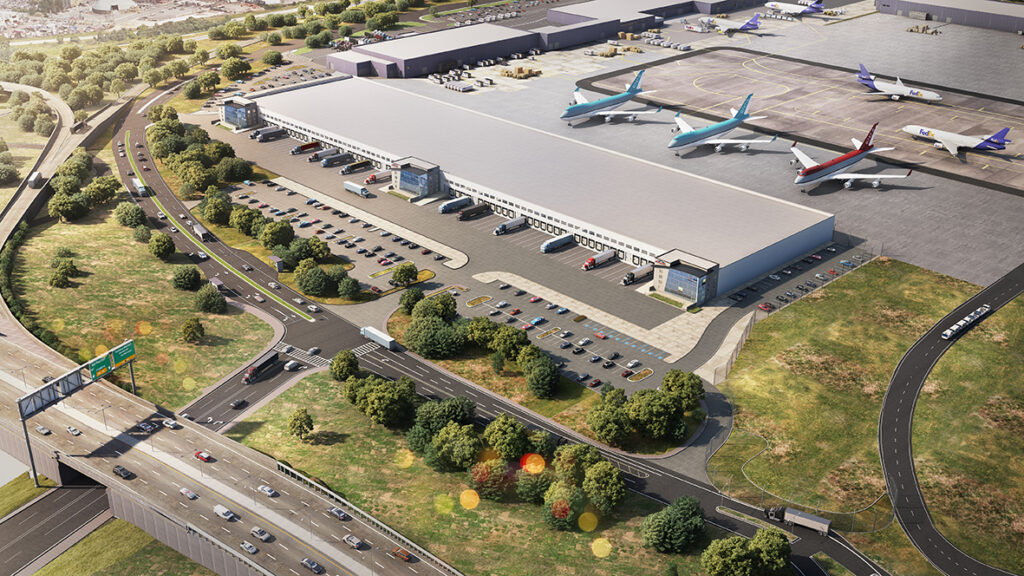 How the new JFK facility will look. Photo: WFS

In another major win, the company has been awarded a 15-year license to operate its first cargo handling operation in India at Kempegowda International Airport, Bengaluru (BLR Airport) in a move that is expected to drive air cargo and pharma export growth in southern India.

As part of the deal, WFS has signed a partnership with Bangalore International Airport Limited (BIAL) and, in May 2023, will assume responsibility for the development, operation, management and maintenance of one of the cargo terminals at India’s third-largest cargo gateway for international import and export cargo.

WFS will also operate and invest in the expansion of the airport’s dedicated cold chain facility.

As well as adding capacity, the expansion has helped to bolster the company’s revenues.

Looking ahead, Smyth says the company has no plans to rest on its laurels.

“There are always opportunities and we have looked at a lot of things over the last six years,” he explains. “Where it makes sense, we will go and make an acquisition.”

He adds: “We have an in-house mergers and acquisitions and business development team, including dedicated people and others from operations and finance.

“We’d like to make two to four acquisitions each year – as long as they make sense – over the next five years.

“That is part of the plan and that will accelerate our growth in cargo.”

“We want to be the leading global air cargo focused logistics leader in the market place, staying at the top of the market and offering all the things the customers want in terms of air cargo handling while also further expanding our offering in e-commerce, pharma and perishables.”

While WFS is currently in growth mode, the last two years have not been without their challenges for the handling sector as a result of Covid.

WFS was not immune to the pandemic and as a result of lower demand the company took the difficult decision to reduce its workforce from 20,000 full time employees to 12,000 at the height of the outbreak.

Smyth says its full-time workforce has now bounced back to more than 32,000 people, boosted by its recent acquisitions and expansion. Also, the firm’s focus on cargo helped protect the company from the worst of the Covid impact as freight volumes returned fairly swiftly.

Smyth says: “Pre-Covid we were pushing towards the airlines with freighter needs; the freighter operators, e-commerce and express operators, and that helped us withstand the Covid period and bounce back rather quickly, particularly in North America where we are rolling out and growing our capability, but in Europe as well.

“When you look at our customer base it is a good balance between the traditional belly flag carriers, with the Middle Eastern carriers, the Chinese carriers, complemented by the freighter operators.

“We are the only cargo handler that has got an extensive network for express and also integrator traffic in the US.”

While cargo volumes have recovered from the pandemic, challenges still exist.

The volatility of schedules and recruitment are two issues that regularly crop up when speaking to handlers.

On recruitment, Smyth says the fast recovery of cargo demand meant that WFS was ahead of the competition when it came to bringing in more staff.

The company also took advantage of government support schemes to allow it to flexibly adjust its workforce where necessary.

“The schedule volatility is the biggest challenge we have at the moment, not manning up to the level of flights like the ground handlers – we have got no issues on that whatsoever anywhere in the world,” says Smyth.

On the schedule volatility, Smyth says that WFS has developed close relationships with the airlines while the company also uses software that can forecast some of the volatility.

However, WFS may need to start asking for compensation for last-minute flight changes.

“We will ultimately have to adapt and look at the pricing model as well,” Smyth says.

“We need to change the behaviour of the airline or the operator of the capacity.”

Another challenge faced by the air cargo sector this year has been volume declines caused by the war in Ukraine and Covid restrictions in China, while the rising cost of living is set to hit consumer spending.

On the war in Ukraine, sanctions meant that WFS customer AirBridgeCargo could no longer fly in Europe and its fleet was grounded, while other airlines were hit when air space bans resulted in them taking longer routes, which effectively reduced capacity between Asia and Europe.

Smyth says that so far WFS hasn’t been too affected by these developments in terms of volumes.

“May wasn’t so bad and then there was more of an impact in June in the US and Europe. But there are positive signs of production ramping up and we should get that traffic back.

“There is still a lot of demand out there notwithstanding some of the worries about inflation-induced recession.”

He adds: “We don’t want to take our eye off the ball and we will react if we do see any impact on the volume.

“Recessions tend to be short and sharp in the economies and logistics businesses tend to be okay so we wouldn’t be overly concerned about the impact on us.

“Also, there is a lot of flexibility and structural changes that we have made in our business to allow us to flex our cost base to match volumes.” 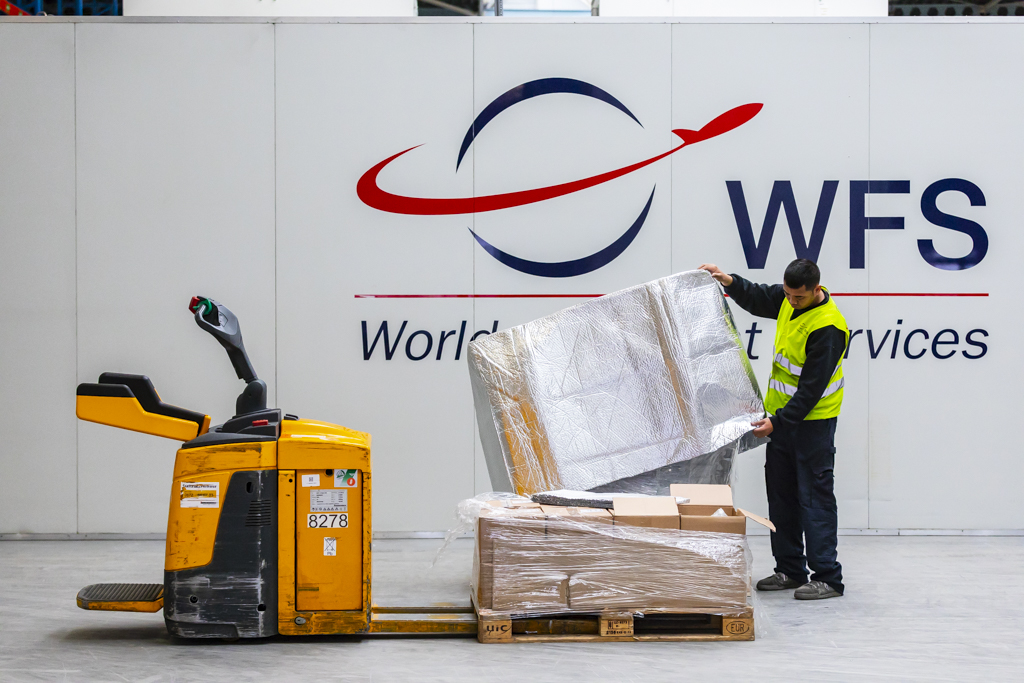 Smyth says that investment in technology and sustainability are two more key priorities for WFS.

The handler recently partnered with NRGreen to power its air cargo facilities at Denmark’s Copenhagen Airport with solar power.

This project will enable WFS’ cargo operations in Denmark to generate 100% of their power requirements through renewable energy.

The company has also launched a number of case studies around decarbonisation and is investing in LED lighting and fleet electrification.

However, Smyth adds that a handler’s carbon footprint is much smaller than many other areas of the transport industry.

On investment in technology, Smyth says the company has recently entered a new phase in its investment programme.

He explains that WFS first invested in internal projects, with technology that created efficiencies in its own operations.

Now investments are centred on customer-facing technology, such as the truck kiosks and community platforms that allow slot booking to save trucking companies and forwarders time and money.

“We have been working with Cargospot mobile so we have scanners in the warehouse environment, not just at the front door and back door, to give us more real-time information that we can then share with customers,” says Smyth.

“We have also built a data lake over the last three years. It was primarily to serve internal needs but it is now being made available to our customers as well so they can tap into our systems.”

In total, Smyth says the company spends around €20m per year on technology projects.

Overall, Smyth is happy with the way WFS has emerged from the Covid crisis and sees the company’s cargo focus as a key asset.

He says: “We are pleased with the outputs and outlook so far despite some the greyer skies that are out there at the moment.

“We will come through that, cargo is our core business, we have a good team and a good operating model and another good plan to keep building a strong business.”