Special Report: Air cargo handling on the up

After a challenging couple of years, ground handlers are looking to the future with cargo set to play a central role, writes Mike Bryant.

Barry Nassberg, group chief commercial officer at WFS, the world’s biggest cargo handler by volume handled, declares: “I would say the past two years for all stakeholders in the aviation industry have been the most challenging and disruptive of our careers.

“There have been a lot of negatives for the industry, particularly the sudden collapse, and slow recovery, of passenger travel, but also some important positives in terms of reinforcing the value of strong partnerships and driving forward initiative such as digitisation.

“Hopefully, airports around the world have also recognised the need to invest in their cargo infrastructure to protect the long-term growth of the industry, from which airports can gain significantly.”

WFS’s own business has naturally faced a lot of pressure but it has also demonstrated a high level of resilience because of the size and reach of its cargo station network, Nassberg informs.

“Our priority from the early days of the pandemic was to protect our people. We worked hard to safeguard the jobs of our experienced and highly trained personnel, and this has also helped us to recover at a faster pace as passenger flight operations have resumed in the past few months.”

WFS handled 6.3m tonnes of cargo in 2021, and Nassberg explains: “We have adapted to the market and shown a lot of agility. We were at the forefront of handling urgent shipments of PPE [personal protective equipment] around the world and, more recently, our network of pharma stations have supported the global distribution of vaccines thanks to their pharma capabilities.

“We’ve shown the flexibility to handle cargo-only flights by passenger airlines, often at very short notice, and we’ve provided manpower to freight forwarders which have launched their own charter flight programmes to achieve guaranteed cargo capacity.”

Fellow handler Swissport handled 5.1 m tonnes of cargo last year, up by nearly 10% on 2019 and an impressive 24.9% increase on last year.

Traditionally, cargo has made up about 20% of Swissport’s business. Currently, it accounts for around 45%.

His position was only recently created in order to bring together all the elements of the Swissport enterprise that can by working hand-in-hand grow its cargo business.

“We had all the right infrastructure and people in place across the Swissport business as demand for our services rose,” he says.

He points to increases across the whole range of airfreight shipping: general cargo; specialised products such as pharma and ecommerce; and, of course, shipments directly linked to the pandemic – particularly PPE in 2019-20 and from 2020 until today particularly vaccines.

Meanwhile, Menzies Aviation’s cargo business has also had a tremendous couple of years.

“We are on a growth trajectory,” says executive vice president global cargo services Robert Fordree, “and we are looking to continue to expand going forward”. 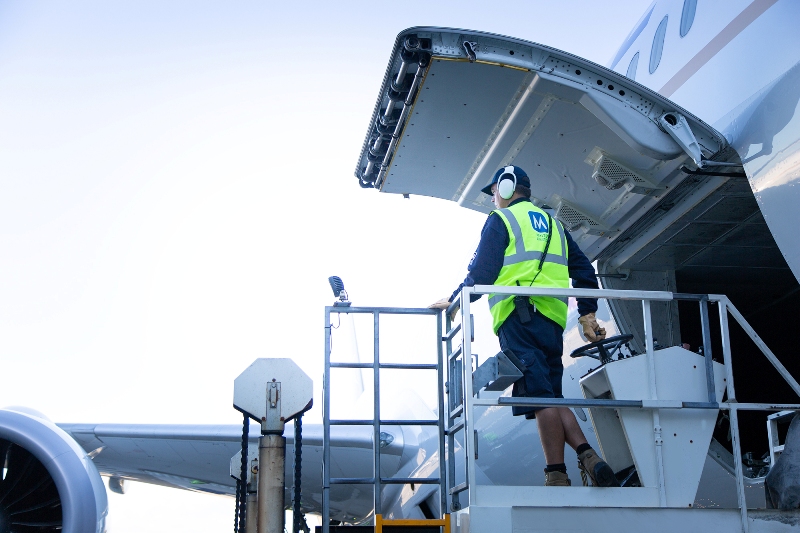 While Menzies Aviation as a whole is a smaller business than it was in 2019, its cargo operation is significantly bigger.

In 2018, Menzies handled cargo at 36 stations; it now handles at 58. These new stations are dotted around the world, but they are primarily to be found in emerging markets.

The benefits of establishing joint ventures (JVs) with local handlers in challenging locations such as Baghdad and Pakistan have also been tapped into; a local partner brings deep knowledge and contacts of local conditions while Menzies brings its global reach and expertise.

The company handled 1.6m tonnes of cargo in 2020, but volumes increased to 1.8m tonnes last year.

Some of the big increase in volumes handled by Menzies over the last two or three years can be directly attributed to pandemic-related cargo.

It has handled innumerable PPE shipments during the pandemic, especially at the outset of the Covid-19 outbreak, but it is still handling PPE today in markets like the UK.

Handling this sort of cargo brings its own challenges. Much of the PPE is flown on charters, for example, which are often operated off-schedule, and so require special preparation for handling.

Some of the PPE is being flown in the cabins of ‘preighters’, which also require special handling and are relatively labour-intensive.

Some vaccines have also been handled, some of these volumes passing through Menzies’ IATA CEIV-certified stations at London Heathrow, Budapest, Sydney and Melbourne.

Amsterdam Airport Schiphol is to be added to this list soon and, says Fordree, Menzies looks to provide specialist cool-chain handling capacity wherever its airline customers need it.

CEIV certification may not always be required. Some cargo carriers now carry out their own audits on ground service providers’ cool-chain handling capability, and – given the time is takes for a handler to gain CEIV accreditation – it sometimes makes sense for a handler like Menzies to gear operations to the needs of specific airline customers and ensure their specific approval through the airline’s own cool-chain handling audits.

The pandemic affected the way Menzies operated on the ramp and in its cargo warehouses.

The company’s risk team, which is responsible for safety and security as well as employee welfare, played a leading role in deciding on the measures that would be implemented to limit Covid-related dangers to Menzies employees.

Measures introduced have included adding a far greater degree of ‘siloing’ in work rosters, keeping teams apart from each other as much as possible to avoid wider spread of the disease.

PPE and hand gel has been widely distributed and decisions made on how best to meet nationally and locally based health and safety mandates and guidelines.

The pandemic has taken some handlers out of the workforce, while others have been attracted away to the booming e-commerce, Internet fulfilment sector (though otherwise of course the exponential increase in e-commerce has provided large volumes of new business for handlers).

Taken together with the fact that rising cargo volumes has created the need for more cargo handlers – Menzies, for example, has drafted in staff from the ground handling side of the business into its cargo handling operations –  these trends have all led to a quite significant shortage in the available labour pool.

WFS, too, has handled large volumes of vaccines throughout the pandemic, although these volumes are now lower, and – says Nassberg – WFS has been particularly well-placed to do so because of its investment in specialist pharma handling facilities over the past two or three years. 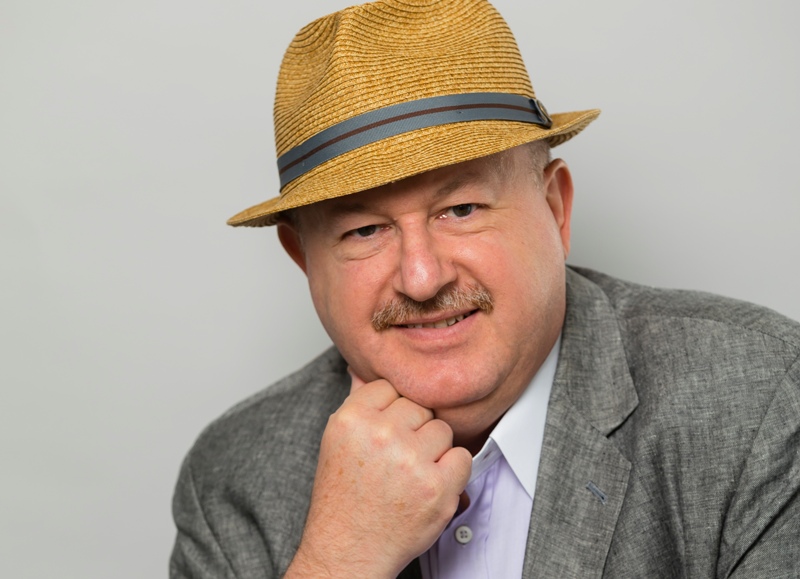 Generally, cargo volumes have been high across all WFS stations in Europe, North America, Asia and Africa, boosted by more cargo charters, cargo-only flights, organic growth on the part of existing airline clients and new contracts.

In terms of product types, the two big growth areas over this time have, not surprisingly, been in pharma and e-commerce.

E-commerce, in particular, has surged during the lockdowns that consumers have experienced, and Nassberg expects this growth in e-commerce traffic to continue moving forward.

Supporting its vaccine handling business, and its handling of pharma products more generally, Swissport has invested heavily in recent years on dedicated IATA CEIV-certified pharma centres that ensure the temperature integrity of its link in the cool chain.

Swissport now has 14 of these state-of-the-art facilities, though it can offer some degree of specialised cool-chain handling at a total of 60 of its airport stations (the handler currently has 116 on-airport cargo warehouses, while also having the ability to cargo handle on the ramp at no less than 300 or so airports).

Over the last few years, two big new pharma centres have been opened by Swissport: in Brussels in 2019 and in Frankfurt in November 2020 (as part of a big new cargo warehouse facility).

When the pandemic hit, Swissport moved quickly to protect its people, Goovaerts confirms.

PPE was issued and rosters were changed to place handlers into smaller teams to ensure that any outbreak would have limited impact across any given station, while different responses were quickly drawn up to meet locally pertinent mandated requirements or guidelines.

The handler also acted to motivate its staff to be vaccinated. “We have tried to be as positive and supportive to our employees as possible vis-a-vis their health and safety,” Goovaerts remarks.

What will the new normal be for air cargo handling? Goovaerts expects that the belly capacity that has been removed from the business because of the collapse in flying passenger numbers will undoubtedly return in time, while e-commerce volumes are likely to continue on their ongoing steep upward curve,

He also believes that rail/air and sea/air integrated, multimodal logistics will be an ever more common feature of global supply chains. 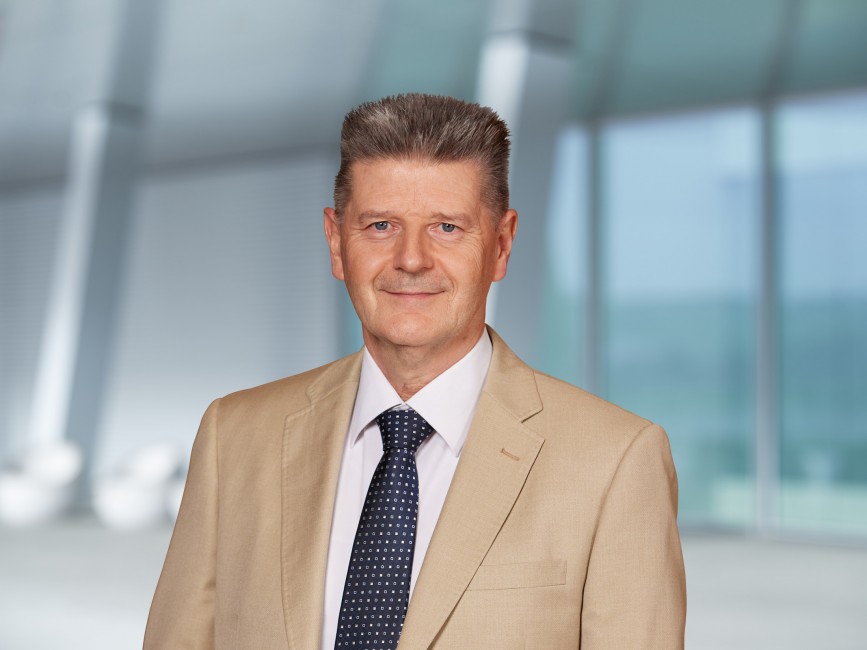 Swissport is forecasting that air cargo will grow by something in the region of 4-5% over coming years.

And, as for the handler itself, further growth is very much the expectation, whether that be organically or through acquisition.

“We are well positioned and well funded by our new owners, and have prepared many different scenarios for whatever the future holds.”

Nassberg believes that cargo handlers – working alongside the cargo divisions of airlines – have significantly reinforced their value to the wellbeing of the entire aviation industry over the past two years.

However: “The reality is that Covid has been a blip – a substantial blip, of course – but not grounds for a sustainable model for growth.

“I think the so-called ‘new normal’ will most likely materialise in an acceleration of what we were seeing in two years or so leading up to Covid.

“That means more airlines looking for long-term handling partnerships, more digitisation in areas which benefit all parties, more focus on premium products like pharma, and a growing emphasis on sustainability.”

He continues: “Over the past couple of years, we have read so much about the resilience of global supply chains and their vulnerabilities. There is now a greater appreciation of the industry and the role we play, and our customers play. But this must also manifest itself in economic terms too.

“We are making investments across our network in our people, training, safety, security, facilities, equipment and sustainability projects to provide the resilience the aviation industry tells us it needs. But we can only continue to do this if we see a fair return on our investment,” Nassberg concludes.