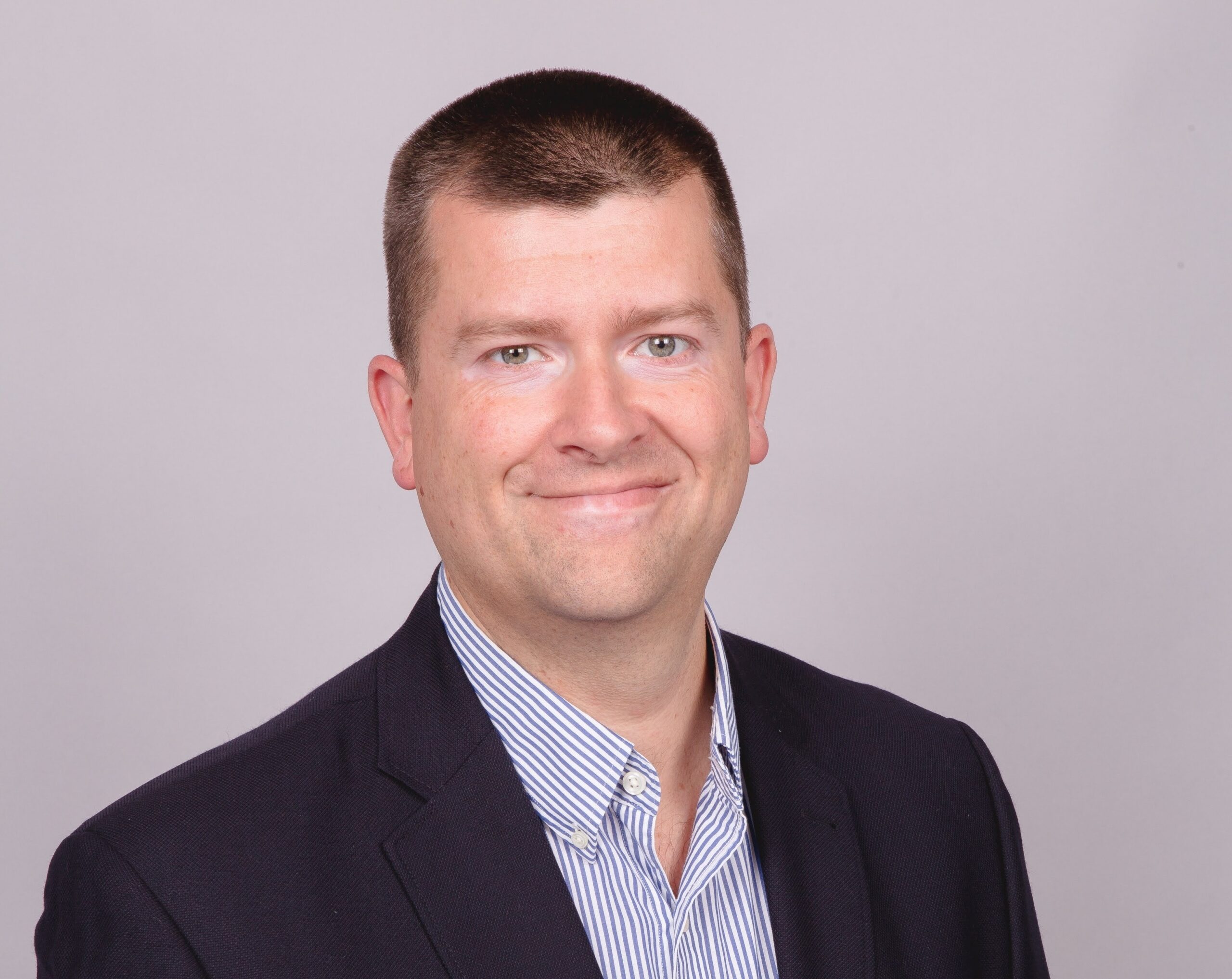 Glenn Hogben: "Those carriers that do continue to fly will pass on the higher fuel costs." Copyright: The Air Charter Association

Airfreight customers will pay the price as the Russia-Ukraine war continues and impacts rates.

“It is a balancing act. But ultimately, the costs will impact all of the industry, so that it will cost the whole of the chain. A majority of the fuel increased costs will end up at the customer’s door, unfortunately.”

Some operators with longer routes have an extension of three to four hours of their flight time, which means a big difference in fuel costs and fuel burn, he points out.

The situation is also squeezing capacity in a sector already at full capacity because of pharma/medical demand and oceanfreight congestion spillover created by the pandemic.

Some airlines, for example Japan Airlines and ANA, have cancelled flights because it has become uneconomical to reroute flights to avoid Russian territory.

“Those carriers that do continue to fly will pass on the higher fuel costs,” says Hogben. “The additional weight of fuel being carried for longer flights limits the amount of cargo they can carry. So they reduce payloads.”

He adds: “Ultimately the end costs are being passed down to the end customers because the demand is so high. You’ve got a situation where supply is significantly outweighed by the demand. So the cost to get an aircraft to do an urgent flight now is going to be more expensive than it was two weeks ago.

“It’s a challenge for the industry as the industry has to cover the costs. But they don’t want to, they want to keep the costs competitive so that they aren’t pricing themselves out over alternative forms of transport.”

Hogben says that initial assessments of the Ukraine invasion were that it would have a low impact as Russia is a small part of the air cargo market and only accounted for 0.6% of global cargo carriage last year.

However, as the conflict progressed with the Ukraine fleet removed from the market, sanctions removing the Russian fleet and other carriers cutting flights because of inefficient and costly routes in terms of fuel and payload under the new airspace restrictions, the impact on the airfreight market is now evident. Lufthansa estimates global capacity has been cut by 10%.

“Now we’ve got more demand and less aircraft to facilitate it which obviously creates a problem for the industry. And that has knock on impacts.”

He adds: “Some services have been resumed by operators. So I think that that’s not a long lasting impact necessarily, but it shows the level of uncertainty that the conflict created.”

“I think the capacity side has reduced due to the sanctions and the airspace restrictions, particularly for the heavy transport side.”

AirBridgeCargo and Atran have decided to ground their fleets, while CargoLogic Germany has been told it is no longer permitted to fly in European Union airspace and sister company CargoLogicAir has not conducted a flight for almost two weeks.

Ukraine’s Antonov fleet is also out of action. Antonov Airlines has a fleet of seven AN-124-100 “Ruslan” aircraft, two of which have a payload up to 150 tonnes, a 60-tonne payload AN-22, as well as smaller AN-74 and AN-26 aircraft. Its unique 250-tonne payload AN-225 “Mriya” was also recently destroyed.

Hogben adds that revised flight paths with new overflights over new countries is causing congestion, whereas previously aircraft would be a lot more spread out.

“If you look at the flight radar map of aircraft that are flying at the moment, you can see that they’re all being channelled into a corridor over the Middle East and Turkey into Europe. That is creating a bit of an airspace clog.”

The changes have also created more administration than usual. “Some carriers would be very much used to overflights of Russia. Whereas now they’re having to reroute, plan and get new overflight permissions for different countries.”

The biggest challenge The Air Charter Association faces is facing is making sure its members are fully aware and understand the restrictions and sanctions that apply to their businesses and how these impact them, plus providing further guidance and advice, explains Hogben.

Sanctions and airspace restrictions in place since the start of the Ukraine conflict have taken their toll on air cargo capacity but the speed of airfreight operations is containing the impact.

“One of the one of the big advantages that air cargo does have is that it moves quite quickly,” Hogben points out.

One area of demand that the air cargo charter market has been involved in is humanitarian flights.

This in itself adds to air cargo demand, but the knock-on effect is limited because the aircraft is not out of use for other air cargo operations for a sustained period of time.

“Although the cargo aircraft might need to go and do a humanitarian flight today, and somebody else might want to move their cargo today, it will be back tomorrow from that mission, and then it will be able to pick up the next mission.

“One of the big advantages of air cargo is that it can react very quickly to changing circumstances and can be in different places very quickly.”

The industry has already demonstrated its ability to step up to additional pressure from ongoing container shipping and ports congestion during the pandemic, and during the Ukraine crisis, as well as during other times of supply chain pressure.

“Airfreight has been able to demonstrate its flexibility and its ability to improvise and really deliver ultimately, on what people need and fast.” 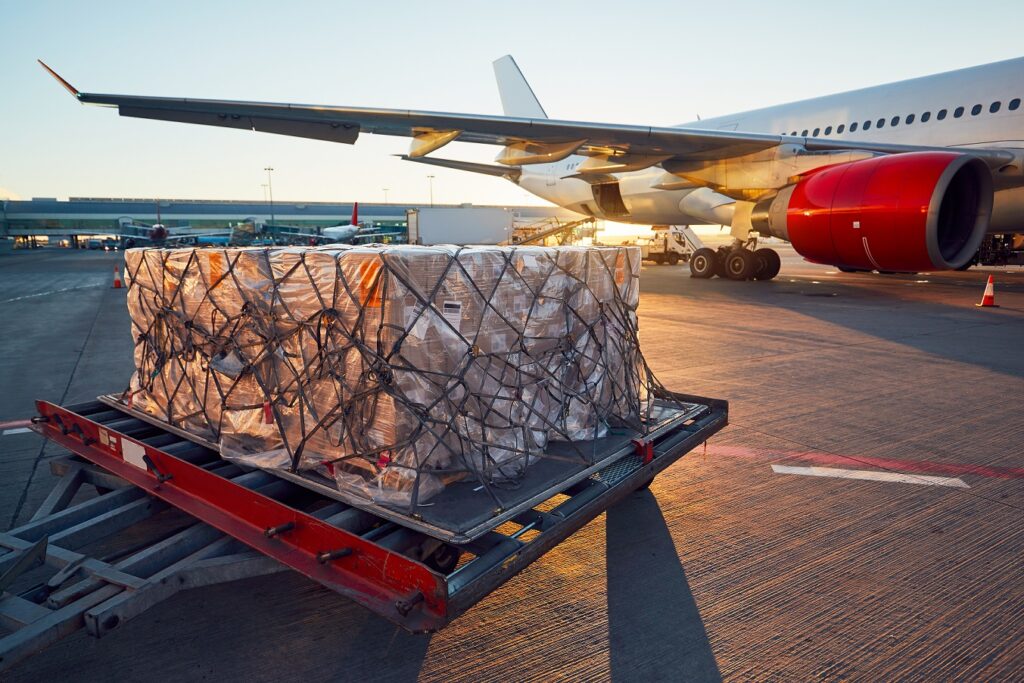 “I don’t see this latest scenario making a significant dent on that. I think that the basic advantages have been really highlighted and people have taken those onboard and adopted the use at a higher level.”

He says demand is going to continue with the ability to keep delivery timescales for customers. “The air cargo has some significant advances, and those are not going to go away. And I think that in some ways the last two years or so, have really, really highlighted that and helped that regeneration of the air cargo market.”

“The challenge for the industry is making sure that increasing pressure doesn’t tip the balance and make it uncompetitive in any way. And so there’s a big challenge that everybody needs to be watching.”

Fuel costs, sustainability, industry consolidation and competition from other forms of transport are all pressing issues for the industry now and moving forward.

The industry needs to constantly innovate to remain competitive with other transport modes.

Sustainability fits in with this goal, but much of the decarbonisation technology currently being developed is not suitable for large commercial aircraft and so appropriate adaption is a challenge. However adoption of sustainable aviation fuels (SAF) will continue, says Hogben.

Aside from the longer routes dictated by the Ukraine crisis, increased aircraft sizes are also driving “skyrocketing fuel prices”. He stresses: “Because a lot of the bigger aircraft burn fuel.”

There is a lot of industry consolidation in aviation overall and this will continue to aid security of supply for capacity, Hogben predicts.

“I think some larger operators will want to increase their aircraft fleet. Rather than just leasing additional aircraft and converting aircraft from passenger to freighters etc., one of the practical ways of doing this is if they merge with or buy another smaller operator. This brings in not only additional aircraft onto their own fleet, but customer base as well.

“If you can broaden your range of aircraft and your fleet and increase your own capacity, then that obviously has major advantages.” 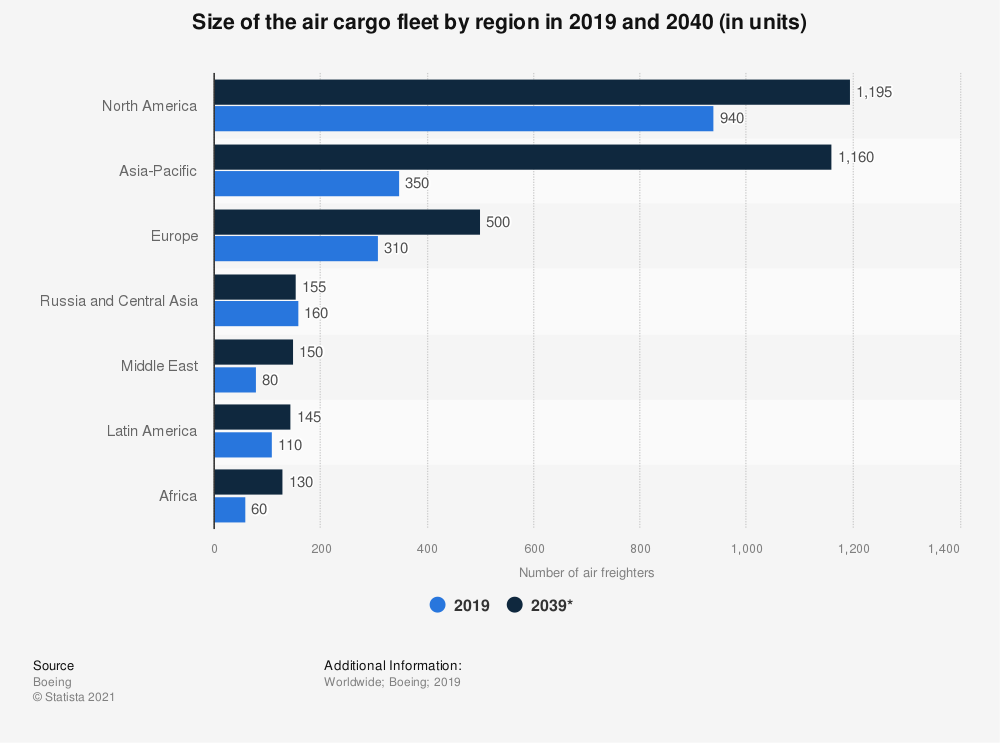 Airfreight rates pick up in May despite demand declines