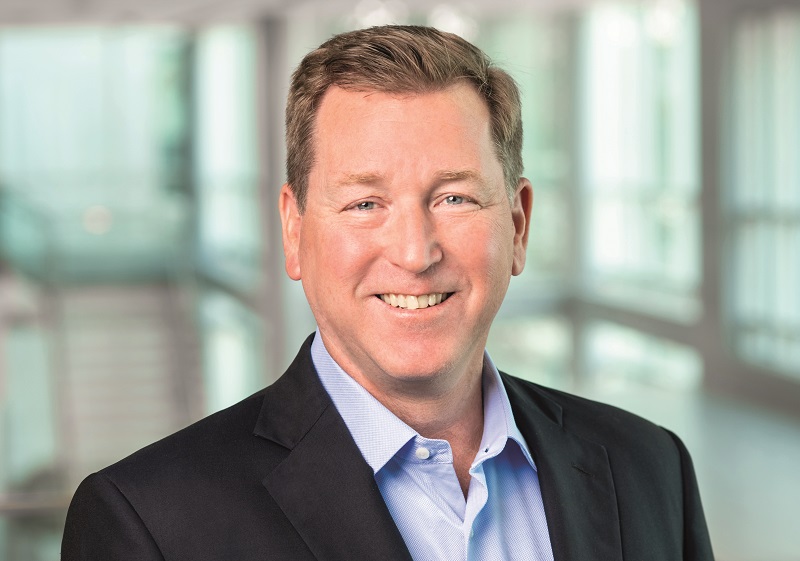 Eastern Airlines chief executive Steve Harfst is blazing a trail by mounting a new freighter operation with a fresh approach to conversions, as Ian Putzger finds out

Over its history, which reaches back to the 1920s, Eastern Airlines became an iconic brand that still resonates long after its collapse. It pioneered concepts like a passenger shuttle from New York to Washington, but cargo has not been a major focus for it – at least not until now.

Its latest incarnation, which started in 2018, was built around passenger operations, but now the carrier is set to blaze a trail in the freighter business.

The company has acquired 35 B777 passenger aircraft (a mix of different versions) to mount a freighter operation with a twist.

Instead of going for a fully-fledged conversion, Eastern is turning all but two of the planes into class-E freighters. It is taking out seats and galleys to use the cabin for cargo but won’t reinforce the floor or rebuild the wing box to support heavy loads on the maindeck. Nor will it cut a new cargo door, at least not initially.

This means that the plane is not suited to carry aircraft engines or other heavy loads on the maindeck – but this is not the cargo that management is aiming at.

Steve Harfst, Eastern’s chief executive, describes the origins of the new direction as a mix of market developments and opportunity.

The rapid rise of e-commerce has accelerated the trend of capacity maxing out on volume rather than weight, and opened the door for a type of freighter with lower payload capability but ample volume for parcels.

“We focus primarily on the e-commerce market, which is low-density cargo. That market is growing fast enough that we can segment that and concentrate on it,” he says.

“Express freight doesn’t need structural changes like replacing the floor. Why charge customers for a capability they don’t need?”

Using passenger aircraft for cargo-only flying has been a balancing act for airlines, as the operating economics translate into rather thin margins.

An E-class freighter essentially has the same performance characteristics but a lower operating empty weight, as the seats and galleys have been removed, Harfst points out.

By making full use of the maindeck, the plane can carry three times the volume of a preighter. Combined with a lower cost asset base and relatively low conversion costs, this offers “pretty powerful economics”, he says.

The concept doesn’t just work in a high rate environment, he points out. “If we look at the pricing of the 2008/2009 recession, we can still be profitable,” he remarks.

He sees a broad range of opportunities for the plane. The extended range version has been associated with the transpacific arena and the remaining B777s with markets like the transatlantic one.

“All have significant range capabilities because we’re not maxing out weight,” he says. 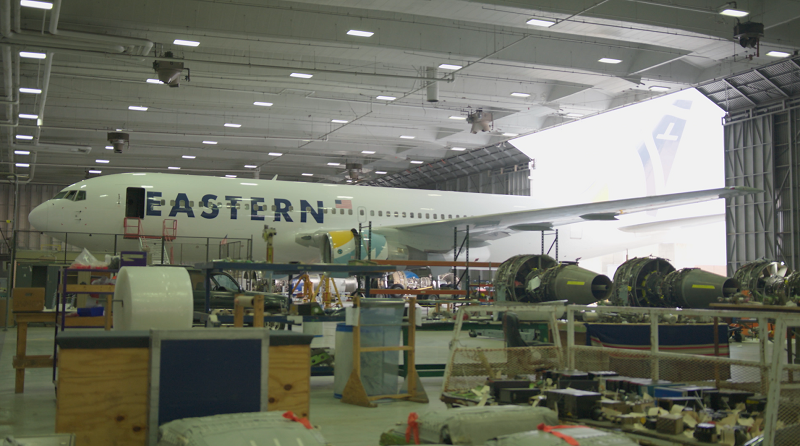 Harfst also sees opportunities in the shorter trunk sectors usually served by narrowbody freighters. Being able to carry three times the amount of a B737-800F means it can move in one round trip what the smaller plane has to haul over three trips, he says.

“We think the plane has a lot of applicability. Opportunities are going to be across the board,” he reflects.

Likewise Eastern is looking at a broad group of potential customers, from express carriers and passenger airlines with freighter ambitions to logistics firms that need capacity in traffic lanes with limited freighter access.

“We’re talking to all of these. We talked to a select handful of potential customers before we started,” says Harfst, adding that the phone has not stopped ringing since Eastern made its plans public.

“Most likely the initial customer base will be customers that need capacity and just don’t have it, and there’s a lot of those around the world,” he comments.

The meltdown of belly capacity has resulted in freighters concentrating on the major lanes, leaving secondary and tertiary markets short of lift, he observes.

As it was mulling over the concept, Eastern’s management saw a chance to acquire 35 B777s “at great prices”, says Harfst. “We always liked the B777 as an aircraft addition to our fleet.” 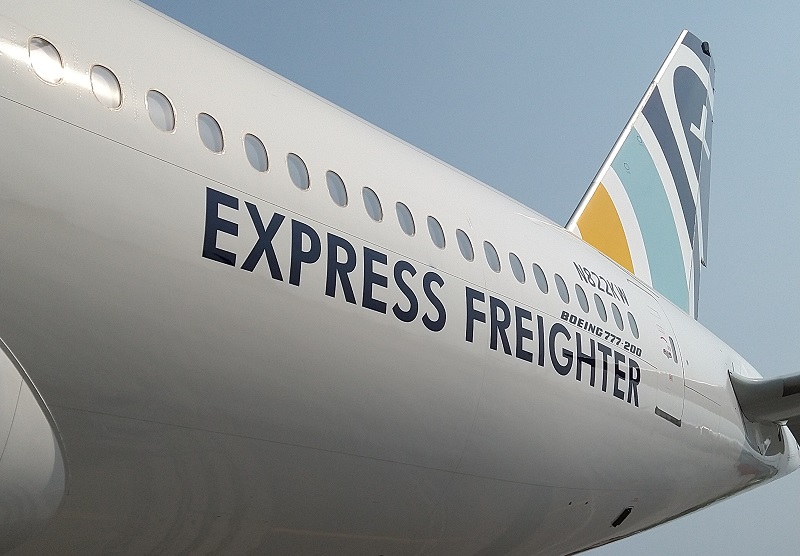 Management has not disclosed where those planes are coming from, but Harfst says this will become obvious when details of the aircraft are made public. Apparently most have been acquired from Asian carriers that grounded them

Besides whittling down the cost, a basic conversion cuts out the lengthy wait times for a conversion slot and the length of the process itself. According to Harfst, the job can be done in about 14 days.

Eastern is in the process of obtaining the supplemental type certificate for the E-class freighter conversion, which he expects to be ready before the end of the year.

The company intends to start operations in the first quarter of 2022.

The certification will come via Foxtrot Aero, Eastern’s own aviation engineering firm. The conversion process itself will also be done in-house.

In August the airline bought Florida Modification Specialists, an MRO firm based in Kansas City, which will perform the conversions. This allows Eastern to control the process and avoid the lengthy backlogs on the MRO scene.

The other part of controlling the process is outright ownership of the aircraft, which Harfst describes as a core business strategy.

“We like the idea of being an asset owner and finding aircraft at attractive prices. It allows us to compete as a low-price competitor, not as a high-cost competitor,” he says. 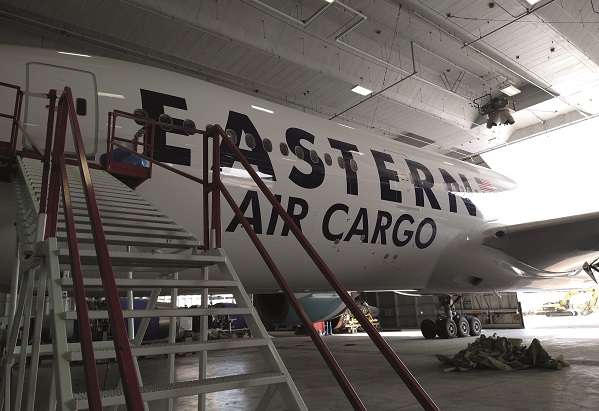 At this point Eastern has no ambitions to sell its freighter lift directly.

“Initially it’s going to be all ACMI,” says Harfst. “Never say never: we’re a pretty entrepreneurial, opportunistic group, so if good opportunities came up in charter or we decided at some point to take up our own risk, we would look at that – but initially the business model is purely ACMI.”

The approach suits the large number of planes the airline is taking on board. There have not been many widebody freighter operators that started off with 33 widebodies (plus two passenger planes).

“Nobody can put 35 airplanes to work at once,” concedes Harfst. The plan is to add one to one and a half planes a month over the coming two to three years.

“If there are good deals in the market, we will be reactive,” he says.

While there is no shortage of demand for freighters in the foreseeable future, many airports and handlers are not too keen on loading the main deck of a B777 through the passenger doors, a time-consuming and labour-intensive exercise.

There have been reports of airports declining to accommodate passenger planes with cargo in the cabin.

“That’s a real constraint,” Harfst acknowledges. “There probably will be markets or customers that do not have the ability or willingness to manage the amount of time it takes to load and unload a 777 through the passenger door.

“We will be working with our customers on that. It’s a real-world constraint, but we think there’s enough value there to make it work.”

He adds that the industry has got better at dealing with this issue, citing the introduction of portable rollers at Rickenbacker airport as an example.

And Eastern is planning to refine its E-class freighter concept. For the sake of fast market entry, the first plane will undergo the bare bones conversion, but later on the carrier intends to install roller decks and locks on the floors and use modular containers that will be sized to fit through the passenger doors. Eventually a new cargo door may be added.

“The voice of our customers and market-driven innovation will drive a lot of that,” Harfst comments.