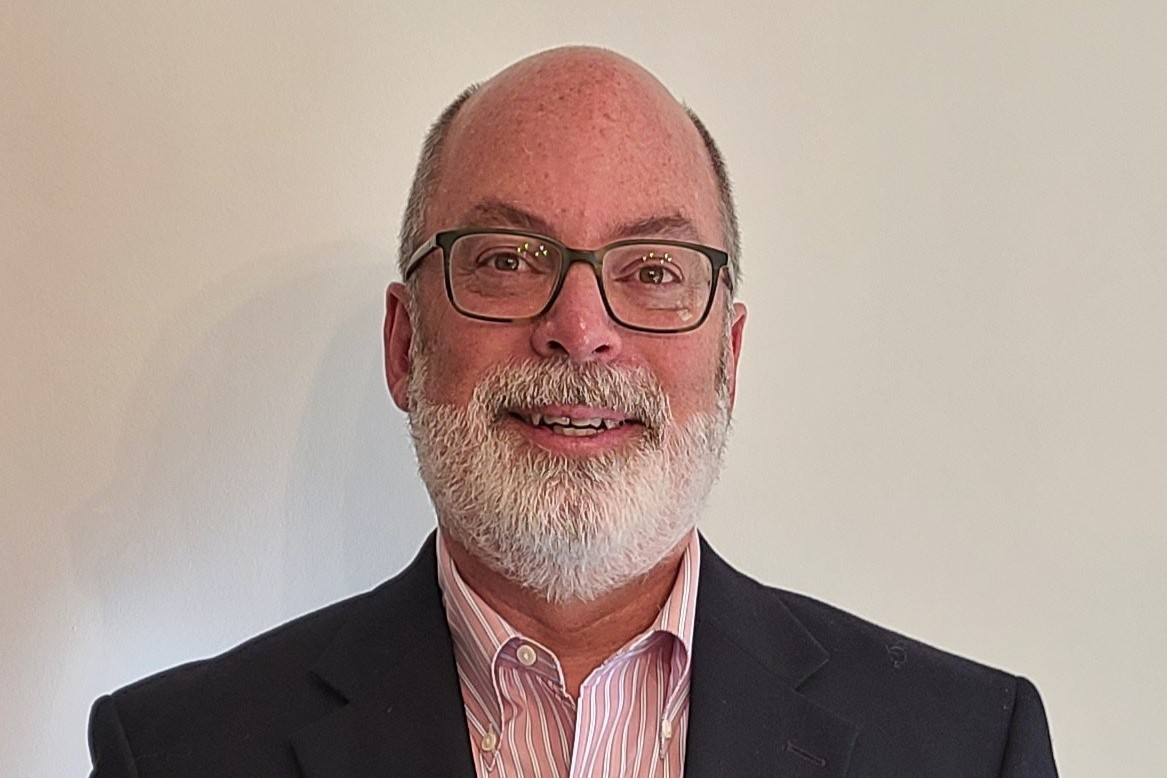 U-Freight America’s Rick Keller tells Roger Hailey that block space agreements are out and spot rates are resulting in instability for air cargo costs, but there are still opportunities for savvy forwarders.

It has been a difficult two years for supply chain partnerships in the air cargo business. Bellyhold capacity plunged, and volumes surged due to Covid-related goods and rising demand for e-commerce.

It is perhaps a little early to predict when, or if, the airfreight sector will return to ‘normal’, i.e. BC, before Covid.

With that caveat in mind, Air Cargo News explored the current and future airfreight market with Rick Keller, president and chief executive at U-Freight America.

U-Freight, a major forwarder established more than 50 years ago by former employees at Japan Air Lines and PanAm, has a significant transpacific footprint in China, Hong Kong and Asia, but also a strong global network in air and ocean freight.

Keller, who entered the freight industry in 1987, has seen several economic shocks impact the air cargo sector. He believes that airfreight rate levels in 2022 are unlikely to be as exorbitant as in the past two years but cautions that “there will be erratic pricing”.

Pre-Covid, U-Freight was well prepared for soaring airfreight demand in 2020 and 2021 due to block space agreements (BSAs) already in place.

“We were able to handle significant quantities of PPE and we operated charters to Europe with our German partner, and we had regular charters from Hong Kong to the US West Coast. So, I think we weathered that storm pretty well.”

Many forwarders, both large and small, report that BSAs have been shredded by the airlines and that spot rates now rule the day.

Keller agrees: “That is absolutely the case, and it is horrible to have those kinds of conversations with our long-term customers. When you’ve been in the business for a significant period, you’re not used to seeing this instability.

“There were trends in the past, but not the erratic pricing going up and down that we see now, with nobody honouring their space agreements.”

Keller has become resigned to rate instability in airfreight and adds: “There is a concern that if you do press too hard then you might end up having difficulty getting space on carriers.”

He speculates that airlines now have a leverage on rates similar to that enjoyed by shipping line alliances which control a large proportion of global capacity.

“I would say that the relationship between freight forwarders and carriers, whether airlines and even steamship lines, has seen an increasingly significant fracture in comparison to the long-term relationships and stability there used to be.

“The traditional partnerships between the small/medium-size forwarders and specific airlines are pretty much gone, and I don’t know if those are going to come back. Some of those relationships are probably burned.”

Keller remains optimistic and believes that there is still a “tremendous opportunity” for agile small and medium-sized companies willing and able to adjust to the new circumstances.

While U-Freight does not operate charter flights under contract, Keller observes: “We would certainly look again at that, but I don’t see any plans in the immediate future for us to do that.

“Part of our decision is based upon airlines and ocean carriers being in the driving seat and that the pricing is not as attractive as it used to be for a scheduled charter operation.”

Keller adds that the current trend for very large forwarders to run their own controlled freighter aircraft network will continue. They will use the base load of very large customers to maintain those services and then sell the remaining space.

Keller does not expect shipping lines to become the new Amazons with major freighter fleets at their command. Instead, he thinks it will be a resilience structure, broadening the range of freight services to their customer base.

“I don’t believe that they will try to acquire a serious cargo airline. I think it is just about expanding the revenue stream, and their focus is obviously going to stay with ocean freight.”

But he adds that there may be some interesting debates in the shipping line boardrooms when the capital-intensive seafreight directors see the “new guy on the block wanting some of their money to go out and buy new toys”.

He talks also of “the elephant in the room” being Amazon Global Logistics (AGL), which will go after traditional freight forwarding type operations via a discounted rate policy.

However, he makes the point that some customers using Amazon’s network will still want to work with their traditional forwarder for delivery to the warehouse.

Asked about airfreight “click and shoot” online booking platforms, Keller believes there is an attraction for some shippers to go down that route but adds: “When you’re talking to companies with products that do not fit into a shoebox, then there needs to be face-to-face contact or at least some significant conversation about how they move the product.

“We work with an aerospace company specialised in the repair of damaged aircraft all over the world. A customer like that cannot go online, input the commodity and say, okay what is the price?

“They need to talk to people and if we are transporting jet engines lifted by helicopter into a small island in the South Pacific, then that is something you’ll never find on a pricing platform.”

E-commerce has been one of the big winners due to Covid, as lockdowns saw people order home deliveries rather than visit the local shopping mall. That trend was already in play before Covid, but the pandemic accelerated demand and it will be a permanent change.

What has that meant for U-Freight and for the traditional freight forwarding sector?

Keller says: “The biggest areas that we are growing are our footprint of warehouses, both for e-commerce fulfilment and traditional cargo, and I really think that the shock of Covid is going to change the whole supply chain structure.

“That does not mean that everybody is going to stop sourcing the product in Southeast Asia or other low-cost manufacturing centres, but they cannot store large amounts of inventory at a local level.

“Those companies who go to near sourcing will not want to store products, so there is still going to be a demand for warehousing. We have expanded our Los Angeles facility and we are taking on new space in Amsterdam, and in April at Chicago we are going to triple the capacity. We will keep looking at opportunities like that.” 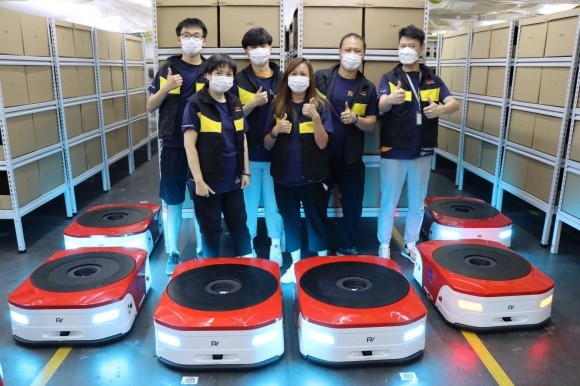 U-Freight is assessing the potential for greater use of robotics. Photo: U-Freight

U-Freight, along with other warehouse operators, is assessing greater use of robotics and automation to counter labour shortages in warehousing elsewhere along the supply chain.

“People just don’t want those jobs anymore, be it in trucking, warehousing or at airports breaking down cargo. You find it across the board.

“Either they found other alternatives to making a living or they are moving up into new roles, for example guys who might have worked in a warehouse are now working in more office-type jobs.”

At a practical level, Keller believes that Covid is not going away and labour shortages will remain, adding that “robots don’t go sick, but if they do then you call the supplier for a new one”.

Regarding sustainability, Keller says that Europe has been at the forefront of greener supply chains and has a more environmental approach to what is taking place in shipping logistics.

“In the US and most of Asia it is more about putting something on the website or in trade journals, but I don’t see any effective way for people to reduce the environmental impact unless we change our consumption habits.

“Consider the carbon footprint of upgrading all the LED lighting in your house and having it delivered to you by Amazon.”

Looking ahead, Keller says that U-Freight has to be “more picky” about the airfreight customers it puts energy into.

“I think that the balance of revenue is going to shift a little bit. For U-Freight it was always predominantly the airfreight revenue that we focused on, but it is going to even out between traditional warehousing and logistics, airfreight, and ocean freight.

That means having the ability to shift focus between those types of products when one area gets hit with disruption.

And in terms of being more selective in the customer base, he adds: “It is interesting to see e-commerce customers and the very small customers trying to put a squeeze on pricing, and for some of those it just doesn’t make sense to spend much time negotiating with them. That means focusing a little more on the medium-sized businesses for the bulk of the revenue stream.

“I think it is about the inexperience of small e-commerce importers that want super-low, favourable pricing even though their product is very minimal in size or frequency.”

Summing up the U-Freight approach, Keller says: “For 54 years we have been highly adaptive to whatever the environment out there has for our business.

“We have been searching out niche markets that we can get into early in the curve.

“And for the industry. I think the biggest challenge is how to find ways to automate through some of the challenges such as labour shortages. You’re not going to find a bunch of people that want to break down cargo, which was one of the causes of big backlogs in the US.”