Freighter operators rise up the rankings 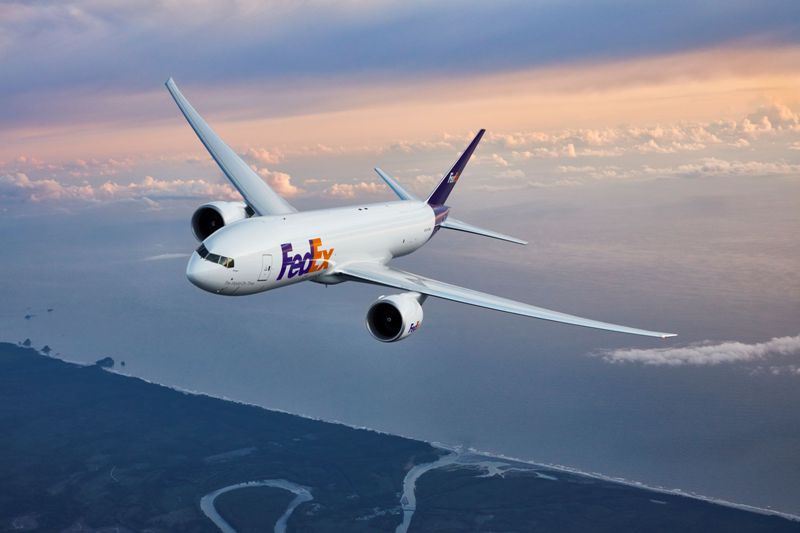 Last year was one of extremes for cargo airlines as the Covid-19 pandemic affected the market. Hardest hit were the passenger airlines, while those with freighters were able to benefit from a return in demand and sky high rates.

FedEx, UPS and Qatar were last year the busiest air cargo carriers once again, but there were major winners and losers in the overall top 25 airlines as the Covid pandemic took its toll on the market.

IATA says the decline in demand was down to supply chain disruption caused by strict lockdowns, the lack of belly cargo capacity due to the grounded passenger fleet as well as the direct impact of lockdowns on demand.

However, it adds that the easing of lockdowns starting in May, e-commerce growth and the strength of manufacturing activity helped air cargo to rapidly recover as the year progressed.

Topping the list was once again US express giant FedEx which saw its volumes increase by 12.3% year on year to 19.7bn CTK.

The express firm benefitted from increased e-commerce volumes – as shoppers switched to online ordering in light of Covid lockdowns – and a resurgent US economy.

The peak season was particularly strong for the express firm: “Peak 2020 was unlike any peak experience before and sets a new standard for future peak seasons,” said FedEx president and chief operating officer Raj Subramaniam.

As well as benefitting from the e-commerce boom, US cargo carriers tended to perform better than airlines from other regions of the world due to the recovery of the economy, a large domestic market and a prevalence of all-cargo airlines. 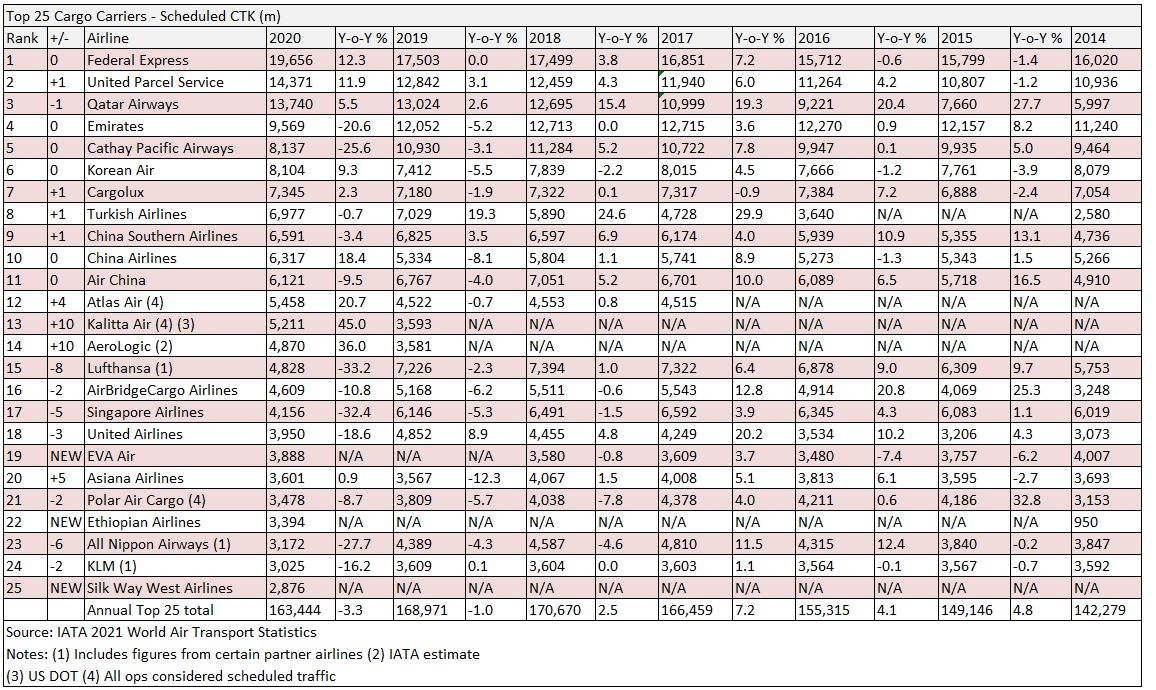 According to the WATS report, North American carriers benefitted from a 4.5% year-on-year increase in CTKs – the best performance of any region.

The only other region to see its airlines record a growth in cargo traffic last year was Africa, with carriers from the region noting a 1.8% increase in CTKs compared with a year earlier.

“This did not benefit Asia Pacific to the same extent, partly because traffic within the region was weak. CTKs in Africa grew by 1.8%, due to the less stringent lockdowns and control measures there.”

Second placed UPS also benefitted from the resurgent US economy and the boom in e-commerce demand as its cargo traffic increased by 11.9% to 14.4bn CTK.

The improvement was enough to leapfrog Qatar Airways, which would have been affected by fewer passenger flights, into second place.

Despite the impact of Covid on its bellyhold network, Qatar still managed register a 5.5% increase in cargo traffic to 13.7bn CTK as it outperformed many of its combination carrier rivals.

One point to note on the IATA statistics is that they only include scheduled services and not charter operations.

While there are always a large number of charter flights, the Covid pandemic has resulted in a large increase in charter flying, which could have affected rankings if an airline targeted charter at the expense of scheduled more than in the past.

Another notable trend was the success of airlines with large freighter fleets compared with bellyhold operators and combination carriers.

The highest climbers, for example were Kalitta Air and Aerologic, which both jumped 10 places on the back of a 45% and 36% increase in demand respectively.

Other airlines to report double-digit percentage increases in demand were China Airlines with an 18.4% increase and Atlas Air which registered a 20.7% jump in demand.

Atlas Air benefitted from the improving US economy and its presence in the e-commerce market while China Airlines operates a large fleet of 18 B747-400Fs and three B777Fs.

Taiwanese flag carrier China Airlines said that it realised it could tap into its strength in the cargo market, and so decided it would “leverage the cargo capacity” on all 18 Boeing 747-400 freighters to “capture market share”, and remain profitable amid falling fuel prices.

The result: against a backdrop of a collapse in passenger travel numbers, nearly 90% of the carrier’s revenue from the three months ended June 30, 2020, came from cargo.

The carrier has since doubled down on its focus on cargo to stay afloat amid depressed passenger travel numbers, going on to eke out a profit for the full year.

It also benefitted from the arrival of its first B777F towards the end of the year.

Atlas Air Worldwide said its full-year 2020 operating results “exceeded expectations”, thanks to “historic volumes” driven by e-commerce growth, as well as the requirements of businesses and communities during the pandemic.

John Dietrich president and chief executive at Atlas Air Worldwide says: “We finished this unprecedented year on a strong note, with financial and operating results that exceeded our expectations.”

In contrast to airlines with large freighter fleets, British Airways, Air France and American Airlines all dropped off the list.

The carrier that dropped the most places in the top 25 was Lufthansa as it registered a 33.2% year-on-year decrease in demand and slipped eight places to 15.

In the process it lost its position as the highest ranking German airline in the list to Leipzig-based AeroLogic.

However, there was some solace for airlines with large bellyhold networks as increases in rates meant that revenues and profits tended to increase despite the loss of volumes.

For instance, the Lufthansa Logistics division, which includes Lufthansa Cargo, Jettainer, time:matters and its equity investment in AeroLogic, saw earnings before interest and tax in 2020 reach €717m against a €33m loss in 2019 and revenues climbed by 11% year on year to €2.8bn despite cargo traffic dropping by 27% to 6.5bn revenue cargo tonne km.

“Lufthansa Cargo was able to offset the decreased capacity due to reduced belly capacities by means of flexible network planning, the temporary use of converted passenger aircraft and deferral of the retirement of the MD11-fleet,” the company said.

“Capacity reductions across the industry also meant that significantly higher average prices and load factors were reported. Sales also fell as a result of the significantly lower capacity.”

Lufthansa Cargo chief executive Dorothea von Boxberg says: “We are pleased to close what was probably the most challenging year in our company’s history with a record result.

“It is also a record in terms of the commitment and flexibility of our workforce — and we are proud of the outstanding cooperation with our long-standing partners and customers.” 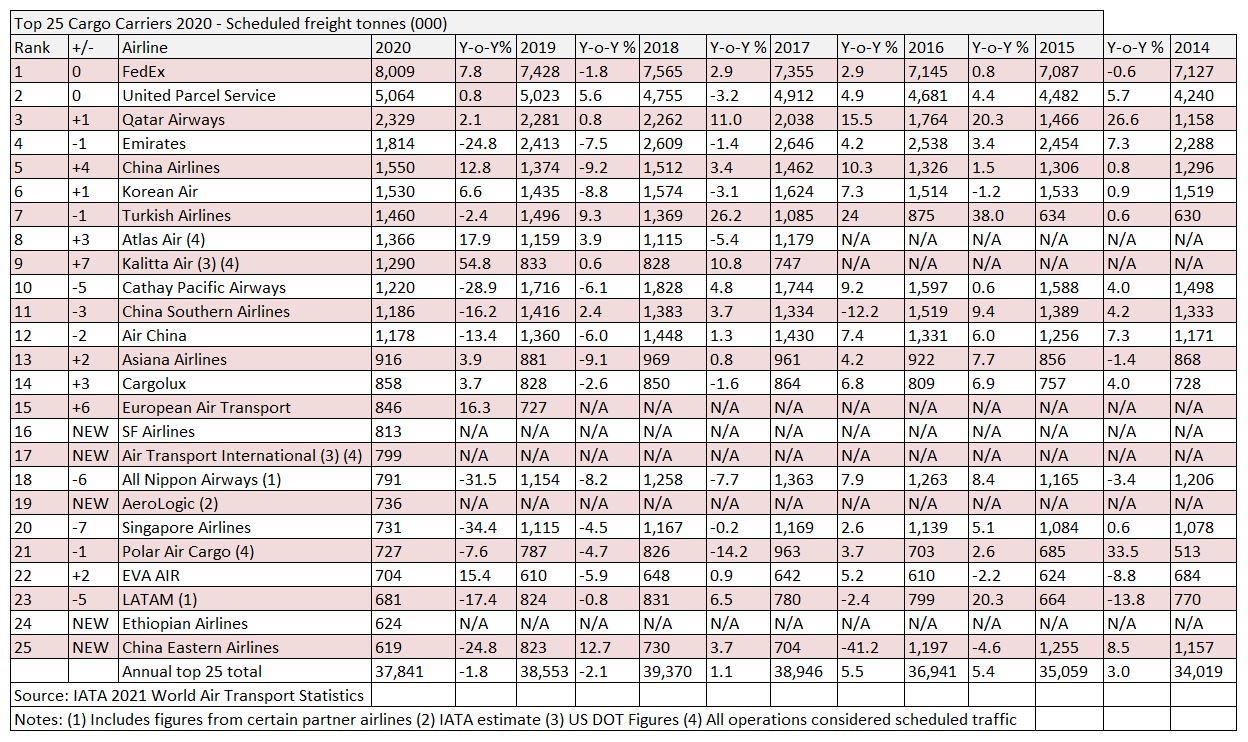