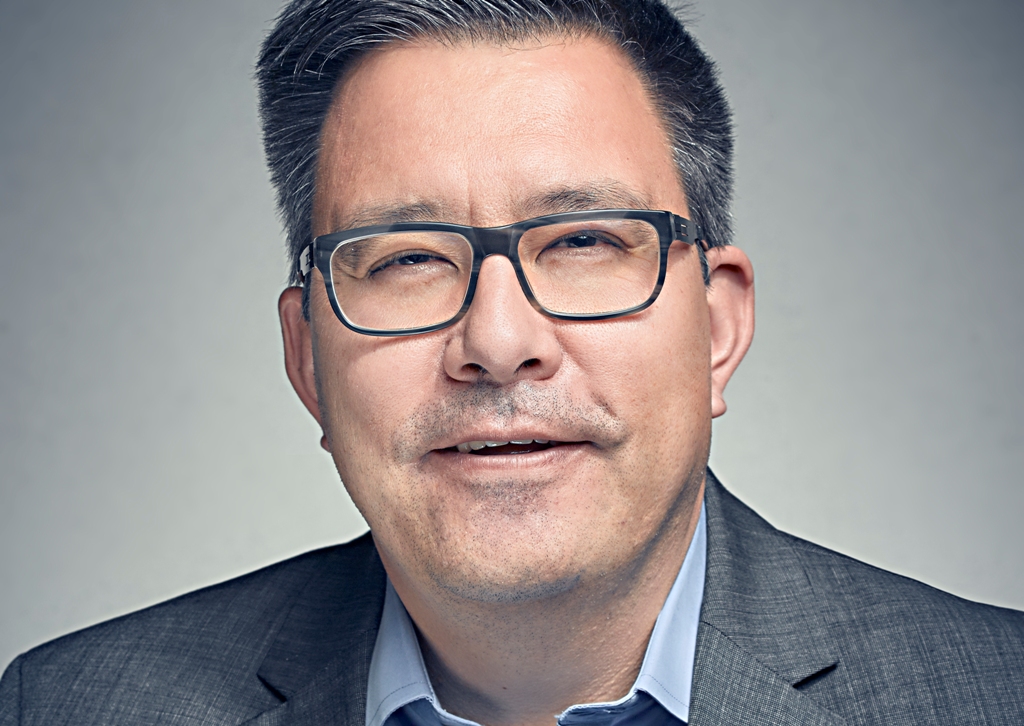 Marcel Fujike, head of products and at global freight forwarder Kuehne+Nagel, speaks to Roger Hailey about how the business is working towards operating more sustainably.

That stark warning from the Intergovernmental Panel on Climate Change (IPCC) will see the aviation industry and its air cargo sub-sector accelerate efforts to employ sustainable aviation fuels (SAF) and offsetting for carbon emissions.

But what are those plans? How and when will they be implemented and what does it mean for an airfreight industry where an estimated 97% of carbon emissions emanate from the aircraft flight alone in the door-to-door supply chain?

Marcel Fujike is head of products and services, responsible for sustainability in air logistics, at global freight forwarder Kuehne+Nagel (K+N).

“It is a huge challenge for the industry, and it will remain a huge challenge, at least for the mid-term future, until we really have affordable fuel that is based on sustainability.”

There are two factors in making aviation greener: firstly, accelerating the research into technology advances to produce carbon-cutting fuels of the future, such as SAF produced with power-to-liquid technology.

Secondly, financial incentives – probably from governments – to narrow the substantial price gap of SAF to the traditional jet fuel kerosene and to ease the commercialisation of new SAF production technologies at large enough quantities to make them in the mid-term economically viable.

Says Fujike: “Powering planes with hydrogen or electricity is a nice way forward, but taking into consideration the long life-cycles of aircraft flying, I doubt that we will see the quantities of hydrogen powered aircraft entering service within the next 40 years to have a huge impact on reduction emissions – and electric planes are only suitable for short-haul ranges, so the only feasible way forward for at least the next decades is SAF, with the power-to-liquid technology and that can be produced in the amounts to meet demand.”

Electric-powered aircraft are another option, at least for short-haul flights for e-commerce parcels. DHL Express has ordered 12 fully electric Alice eCargo planes from Eviation. But each aircraft in the zero-emission fleet will have only a 1.2 tonne payload at a maximum range of up to 815 km, requiring 30 minutes or less to charge per flight hour.

Fujike does not expect to see a long-haul version of electric aircraft for another 15 years or more, if at all, as the weight of the batteries needed so far limits the playload of the plane.

Asked his opinion on when we will have sufficient quantities of SAF, Fujike says: “By the end of the decade we should see the power-to-liquid technology being ready for a commercialised production of SAF at a larger scale, but the real quantities will probably take at least 15 to 20 years.”

However, he believes that an investment ramp-up by governments worldwide, like that for Covid-19 vaccine research and development, could speed up the timeline alongside incentives to build production plants.

How do you sell the idea of sustainable airfreight to customers, and are they willing to pay for greener logistics? There appears, at least for now, to be some hesitancy around price.

Part of the reason, adds Fujike, may be that awareness and knowledge of sustainability in air logistics and its possibilities is limited. The airfreight industry needs to do a lot of knowledge and skill transfer to customers, especially when it comes to the alternatives and cost. 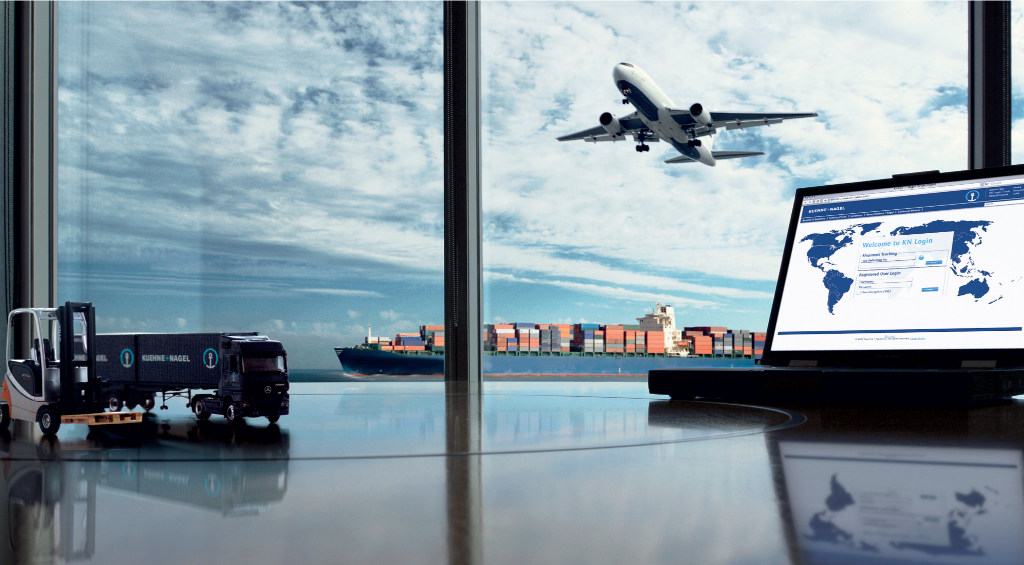 “In the past year we have seen ever-increasing demand from shippers, with customers actively coming to us and asking for solutions. This demand is higher from certain areas like northern Europe, the Nordics, where governmental support and public awareness in general is more predominant. Also, certain industries like the automotive sector have more incentives to do something about climate change.

“You see it in certain products as well, those with a high margin where customers are asking for greener solutions.”

Although the initial interest is huge, when customers see the cost involved then “all of a sudden the interest vanishes”.

K+N currently provides its airfreight customers a SAF and/or offsetting solution that can be individualised, to a degree, along the supply chain. The forwarder buys SAF from airlines that it then offers to shippers.

Explains Fujike: “If a shippers wants to compensate the emissions produced by his shipments overall or just on one lane, we will calculate how much jet fuel kerosene we burn per shipment and substitute that with the corresponding SAF amount that we already have available in-house.

“Of course, the shipper can also select 100% SAF for one product and just use 25% substitution for another or use SAF on one main lane and all the others with conventional fuel. We can even to do it for just one month, that is not a problem.”

K+N’s sustainability team will make all the calculations based on the shipper’s sustainability choice: “We have all data we need, the shipment weight, the routing, the date and the airline flight number(s) and then we calculate for each individual shipment based on these data the amount of jet fuel kerosene that got burnt.

“If the shipper still wants to be net zero carbon, then we overcompensate one litre of kerosene with additional SAF, or you can offset whatever remains.”

For its offsetting options, K+N has selected two partners, offering projects which all meet the verified carbon standard (VCS) and/or the Gold Standard (GS) – the highest possible quality certifications available for offsetting projects – and allow shippers to offset by buying carbon credits on one or more projects.

To meet demand K+N has so far committed to 12.7m litres of SAF over the next two and half years from its partner airlines. This allows the forwarder to draw upon sizeable SAF volumes if a shipper customer has an immediate demand, and not turn them away: “There is sufficient SAF available and we can even source more, if needed, on a very short notice,” says Fujike.

Currently there is a premium on using SAF versus jet kerosene, due to the limited production levels but this will ease over time. 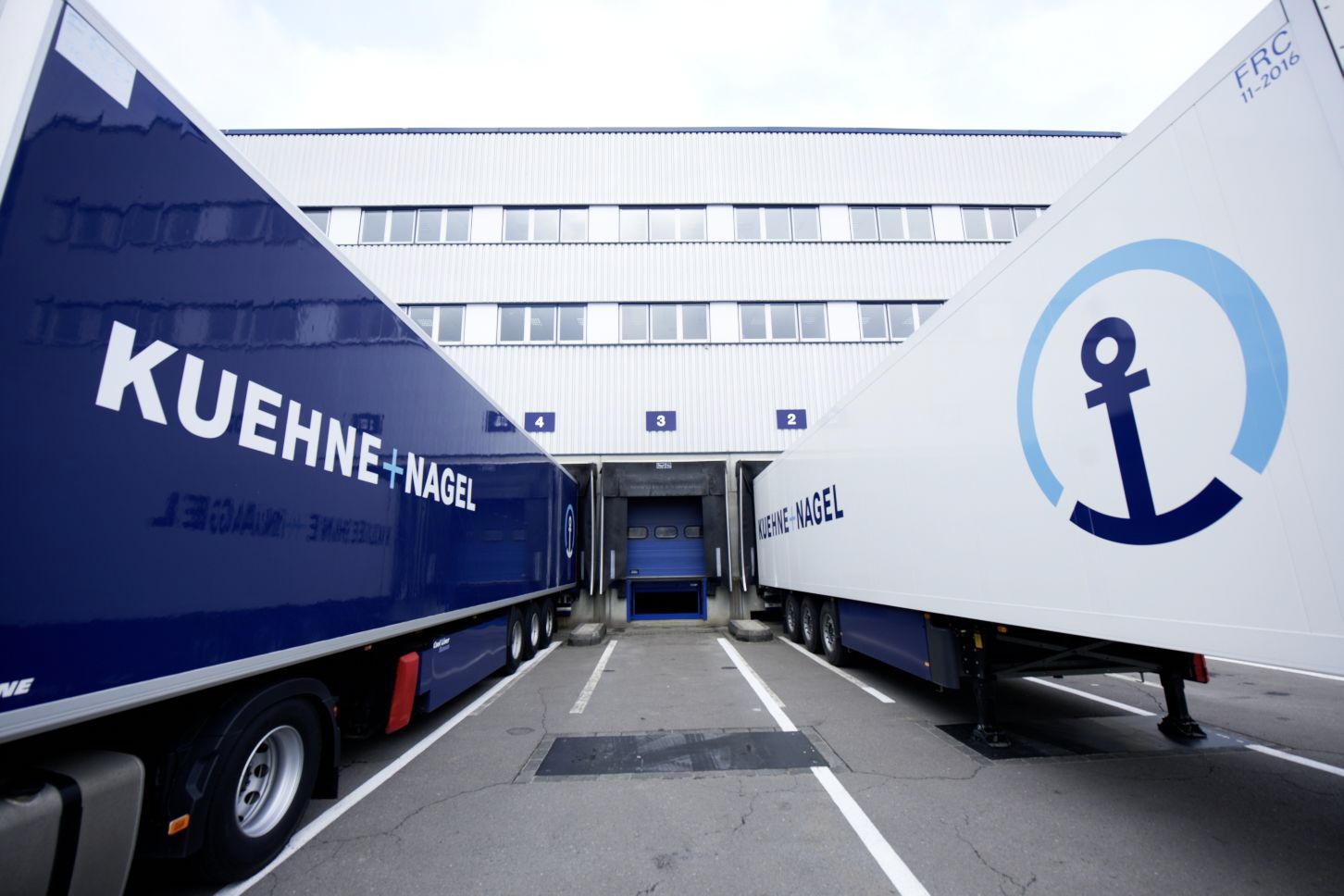 “At the moment we have only three regions in the world that are incentivising and subsidising SAF: in the Netherlands, Great Britain, and the US, especially in California. If you buy sustainable aviation fuel at these three countries or regions, then the SAF producer can sell a carbon offset certificate which reduces the price significantly.”

SAF is traded on the open market so its daily price will vary. The premium is now around $2 per SAF litre globally versus kerosene, but in the SAF-producing areas the premium comes down to roughly $0.50-$0.70 per litre.

Asked whether a SAF symbol, perhaps a green aircraft printed on the packaging of an airfreighted product, would be a selling point for consumers and thus shippers, Fujike says it is a nice idea but green monitoring the total supply chain is an issue.

“Looking into the complex logistics process, with all the parties and interfaces involved, I don’t know how you could control this. At the end you don’t know, for example, what equipment the ground handling agent at an airport is using to load your cargo onto the plane (electric or fuel, etc).

He adds: “If you consider an air cargo supply chain, the air portion accounts for 97% of emissions. You need to concentrate on air transport, then we cover the 97%.

“That is our belief at K+N. Let’s really focus on the air transport because then we cover most of the emissions and you can almost forget the 1.5% at origin and 1.5% at destination.

“When you have fewer parties involved, just the airlines and reducing aircraft emissions, that brings us forward a lot and that is where we need to focus.”

Consumers are unlikely to stop buying perishables from other continents, but there will be more incentives from the governments to make airfreight supply chains greener.

In June, the European Commission introduced a proposal for greener logistics and passenger travel, across all modes but particularly for aviation. It will introduce tax hikes on airline fuels, a move criticised for creating an unlevel playing field for European carriers against global competitors.

It is likely, observes Fujike, that, with the pressure from governments and consumers, shippers will pressure their freight forwarders to arrange carbon-cutting logistics.

“Aviation has few alternatives in becoming green, but it you look at the trucks then they have different alternatives. On the aviation side we have only SAF available, and we are really pushing it. It will take until 2030-2032 until we see SAF quantities at a sizeable level and even that level is not sufficient to power all aircraft.”

That time gap needs to be filled with mitigating measures for emissions, and offsetting is one used by aviation.

“It is really important that over the next 10 to 15 years we have carbon offsetting. “A lot of these offsetting projects have their merits and are really helping the atmosphere. What we also need are stricter standards and quality measures – and better audited than today – so that compensations projects are delivering what they promise. Because that is what moved offsetting into this green washing fake area, where some projects were not seen as being real.

“We need this, especially in air logistics, where there is no way of achieving zero carbon without offsetting over the next decade.”