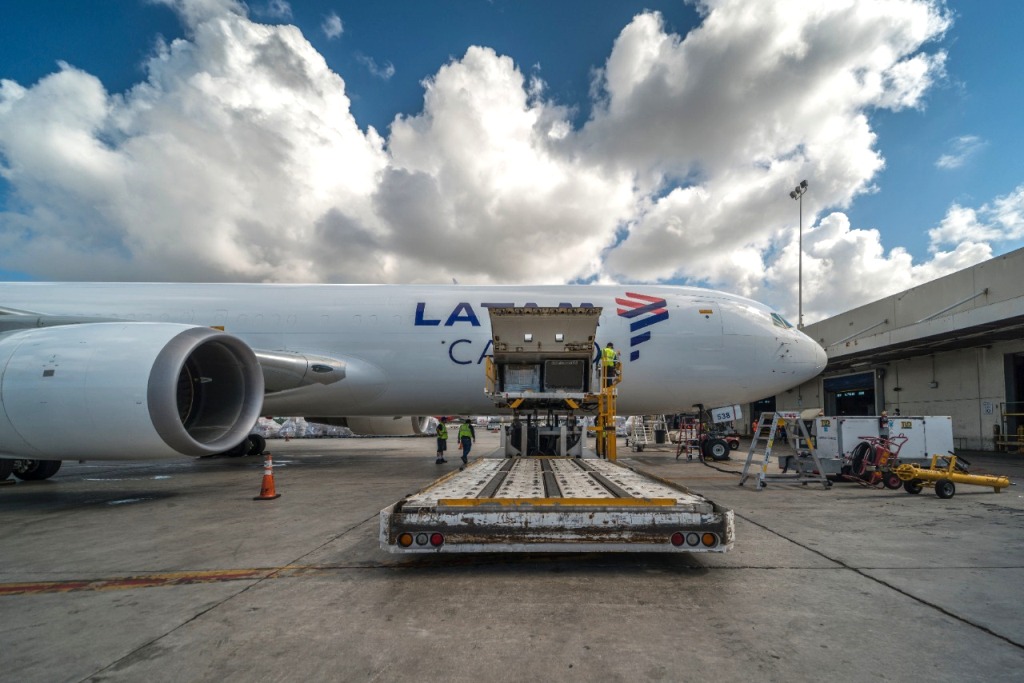 While cargo demand to and from the Latam region continues to recover, passenger services – and therefore belly capacity – are only recently starting to increase, keeping the pressure on supply chains, writes Ian Putzger.

After a lengthy hiatus in low gear, airlines are ramping up passenger flights in Latin America as travel restrictions are lifted or at least loosened.

North American airlines are leading the charge from overseas, while the region’s carriers are also resuming international flights.

Before the pandemic, belly lift made up 30% of its capacity, with the remaining 70% on its fleet of six A330Fs, plus five freighters with its Mexican affiliate AeroUnion. 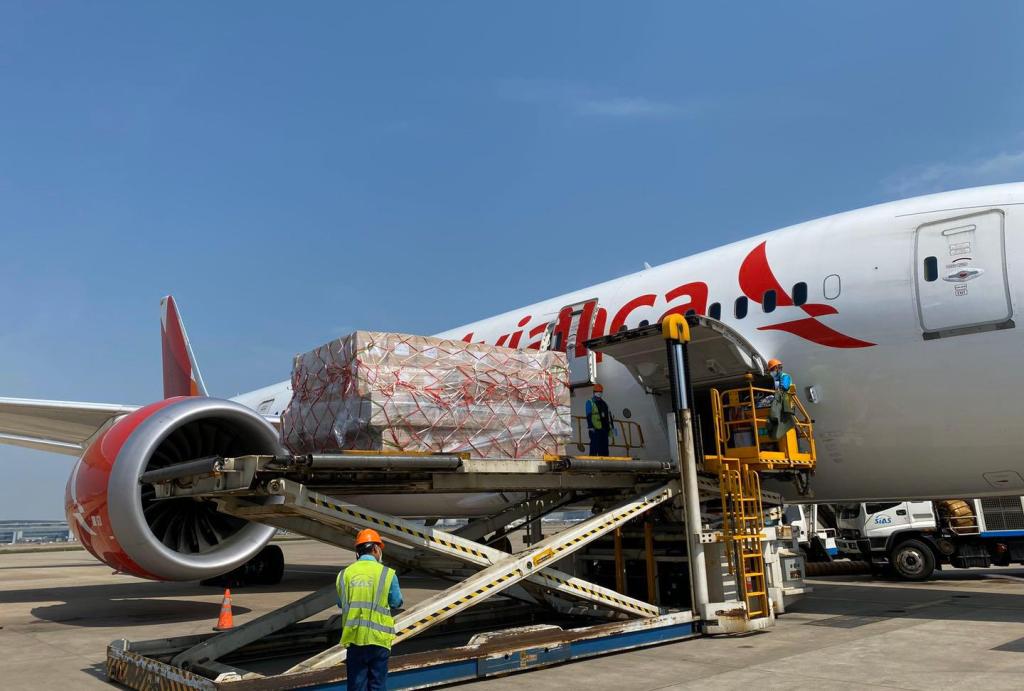 Lufthansa is returning to Rio in December, and Panama flights will resume next, followed by some tourism destinations, according to Carsten Hernig, vice-president cargo Latin America & Caribbean.

The airline has boosted its freighter frequency to five each serving South America and Mexico, all now flown with B777-200Fs.

“It will take at least another six months for capacity to come back,” comments Robert Villamizar, director route development US-Latin America of DHL Global Forwarding (DGF).

He adds that on intraregional routes mostly narrowbody planes are deployed.

For LATAM, the region’s largest carrier, the resumption of passenger flights is not boosting cargo capacity much, as most of its passenger widebodies have been used for cargo flights.

By the end of October it had flown 1,740 such missions, says Andrés Bianchi, CEO of LATAM Cargo.

“Inventory to sales ratio is much lower. There is a lot of cargo demand. We’re getting very good results.”

For RIOgaleao, operator of Rio’s Tom Jobim International Airport, the pandemic reversed the mix of lift.

Before the pandemic belly capacity accounted for 90% of cargo volume, with freighters taking 5% and the other five going on trucks, but now half of the airport’s traffic moves on freighters.

It had worked on building up distribution activity for neighbouring states, but with the loss of capacity it concentrated on its core customers in the pharma, oil & gas and aerospace MRO sectors that are active in the local market  – these verticals have been going strong.

The reduced flight activity has not stopped the cargo footprint from expanding.

RIOgaleao Log, an 8,000 sq m facility that had been refurbished a few months before the pandemic, was fully booked by the end of last year.

Next door construction of a new 30,000 sq m facility was set to kick off last month. The building is expected to come on stream in late 2022, Fehring says.

At Montevideo’s MVD Free Airport a new pharma warehouse opened in October, doubling the airport’s capacity for this cargo.

Armed with CEIV, MVD has targeted this traffic to establish itself as a regional distribution centre.

British pharma giant GSK recently announced its plans to use the airport to that end. It has already started moving some cargo through the airport, reports MVD sales manager Hans Guiscardo.

MVD also played a key role in the distribution of Covid-19 vaccine in Uruguay. It was used to store, prepare and distribute vaccine directly to the vaccination centres to reduce time and risk in the campaign.

The system designed for the operation made it possible to receive, prepare and distribute the exact quantities to the entire country, with vaccinations in the most distant cities beginning just ten hours after the vaccines had arrived at the airport, according to MVD managing director Bruno Guella.

“The key success factor was to have all key players at the same table – Pfizer, the government minister, the last mile distribution company and the others,” says Guiscardo.

After the national government passed legislation to receive products containing THC in large lots, MVD is on its way to become a hub for distribution of medicinal cannabis products.

Cargo is stored at the airport and dispatched upon receipt of a doctor’s prescription.

“This is worldwide, anywhere, under compassionate use,” says Guiscardo, adding that the programme is in the early ramp-up stage.

At the moment one of the obstacles is capacity. LATAM may be maxing out most of its available lift, but overall capacity in Latin America was still below 2019 levels in the summer, and the return of belly lift has been slower than hoped.

Villamizar says that the challenges have been most pronounced into Brazil, where demand has been strong, fuelled by an uptick of production.

Moreover, the problems with ocean freight have prompted some shippers to shift their traffic to air.

Hernig reports that the share of perishables on Lufthansa’s outbound flights has gone down due to a rise in hard freight.

“Many customers had to find alternatives because of high freight rates,” says Fehring.

Historically some traffic has flown over tourist hubs in the Caribbean to feed widebodies going to Europe, but this option is much depleted – partly because of lack of those tourist flights, partly because planes from Latin American points to Cancun and other tourism hubs are predominantly narrowbodies at this point, notes Hernig.

Direct connections between Europe and Latin America are still limited, so more traffic has been routed over Miami, observes Villamizar.

DGF is utilising some lift on DHL Americas as well as commercial carriers, but it is also using charters.

Other forwarders have also resorted to dedicated flights to serve the Latin American market.

In October DSV signed a 12-month lease with Atlas Air for a 747-400F run from Miami to Sao Paulo.

This supplements four weekly flights on the route for the forwarder under another charter programme and a direct flight between the Brasilian city and Liege.

LATAM is expanding its freighter fleet. Having ordered eight conversions of B767-300ERs in its fleet earlier, it signed up for two more this year. This will bring its fleet to 21 767 freighters.

The first of the conversion candidates is due for delivery in December. Four more will follow next year and the rest in 2023, says Bianchi.

LATAM uses it on intra-regional flights, on medium stage lengths to North America and across the Atlantic.

Its freighter operations are up 20% over pre-pandemic levels, supplemented by 60-65 passenger widebodies, which has been a major contribution to the parent airline’s bottom line as it restructures under chapter 11.

Cargo revenues could be higher still, but management decided early on not to raise rates to levels that some commodities could not absorb.

“That would have been short-term benefit, but long-term harm,” says Bianchi.

“For South American communities airfreight made a difference,” says Bianchi.

Avianca has also worked its freighters to the max, boosting utilisation by nearly 20%, but dialled back cargo missions with passenger widebodies after a few months last year.

Oliva, who joined the airline in August, is looking to utilise available widebodies for this again.

Further changes are evolving. “We are now working on what our fleet and network strategy will be in the future,” he says.

In the longhaul segment the airline currently does four freighter rotations to Europe, supplemented by passenger flights, but the primary focus is on intra-regional and US sectors.

Passenger widebodies are flying to a few destinations in Latin America, the US and Europe

The airline has received a lot of charter requests, but only a fraction of its cargo flights serve that market.

“Our operation, since we are highly utilised and we have a lot of clients that rely on us, is mostly on the structural itinerary set,” Oliva says, adding that this will be similar in the future.

In October the airline completed the implementation of its iCargo platform, which replaced a host of different systems and business processes.

“This will be an important component of our core strategy pushing for digitalisation,” says Oliva. In the first stage he is looking to provide clients with simpler, seamless processes and to become more efficient in internal operations.

The new platform has also given Avianca better capabilities for online booking. Next Oliva wants to decide what to do with third-party booking platforms.

LATAM Cargo is already out of the starting blocks in this respect. Earlier this year it signed up with WebCargo, the first Latin American carrier to use a neutral online portal for bookings.

Its capacity will go live on the portal in the first half of next year, Bianchi says.

He wants progress in digital connectivity along the supply chain beyond LATAM Cargo.

“It is a push that we need to make,” he says. “Digitalisation simplifies things significantly.”

Over the past couple of years there has not been much progress in terms of getting national agencies like customs on board for digitisation drives, because priorities have been on other matters during the pandemic, but the interaction with government bodies has shown a different level of co-operation when it came to dealing with vaccine import and distribution, he says.

“It was interesting to see them asking themselves the same questions that we’ve asked for years,” he reflects. “I think it’s something we can piggyback to make the case for better customs processes, hopefully more digital ones.” 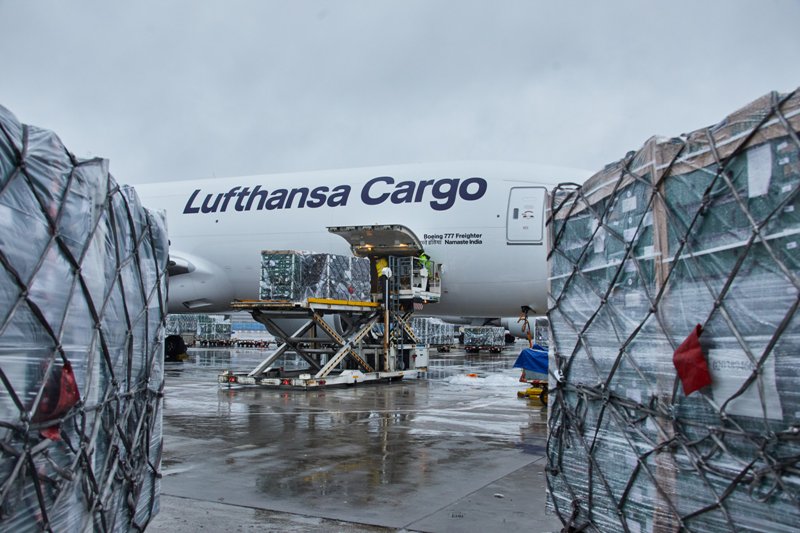