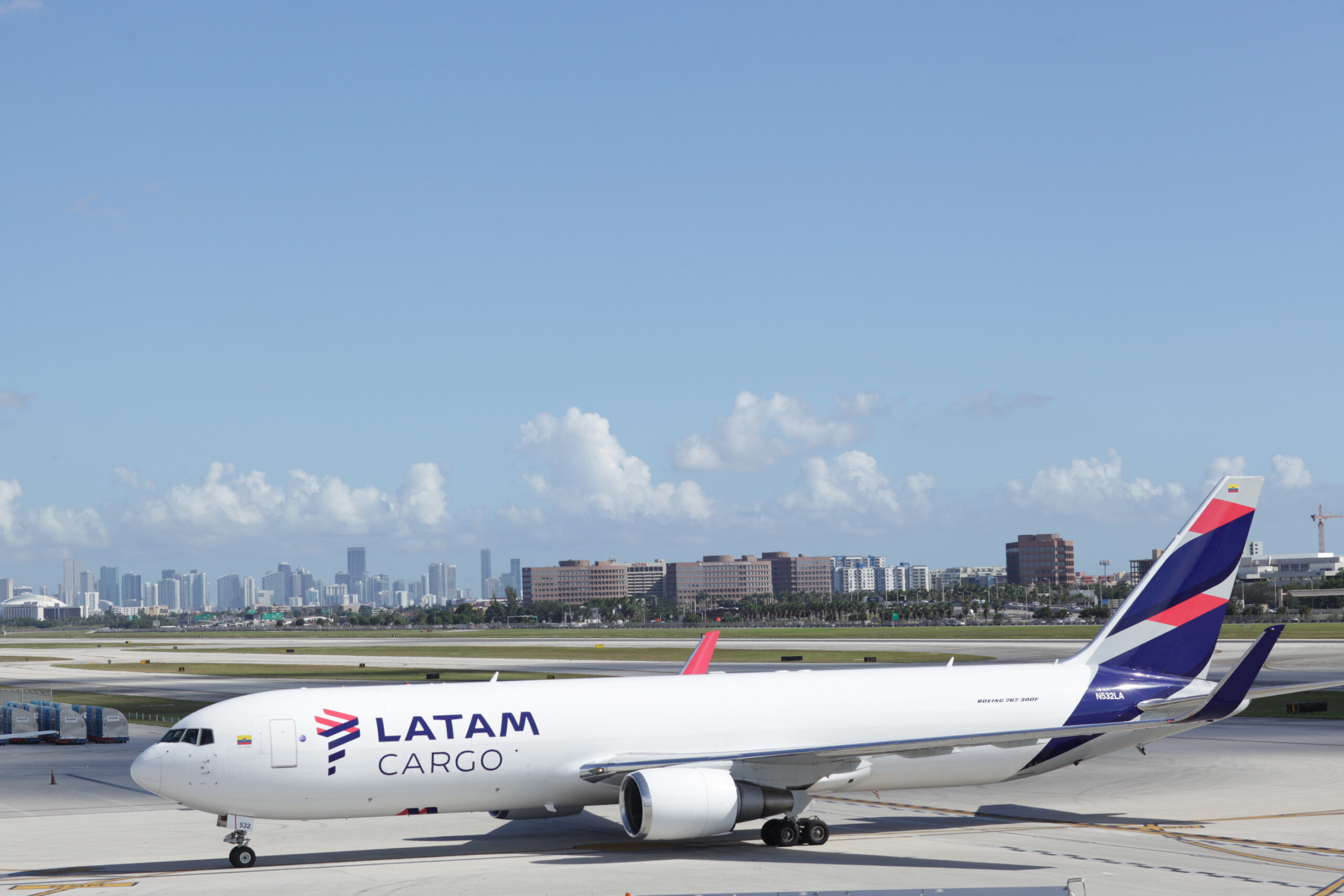 Demand faltered in Latin America during Covid but has bounced back this year and carriers are keen to capitalise, explains Ian Putzger.

At the end of October, LATAM Cargo stepped up its freighter flights from Huntsville International Airport in Alabama from one to three weekly frequencies.

This came shortly after Latin America’s largest carrier had taken delivery of its 16th freighter.

Another Boeing B767 is currently undergoing conversion and is expected to join the fleet before the end of the year, and six more B767 freighters are due next year.

Some of these will replace aging aircraft that will be sold, says LATAM Cargo chief executive Andrés Bianchi. He aims to operate a fleet of 19-21 freighters in the foreseeable future.

Avianca, the second-largest cargo carrier in the region, is also boosting its freighter fleet.

In August, Brazilian carrier Gol also took delivery of the first of six B737-800Fs set to enter service before end of 2023, with options on six more.

It took Latin America longer to emerge from lockdowns and travel restrictions than other regions, but this year it has been recovering lost ground with a vengeance, leading other areas in CTK growth month after month.

Patrick Fehring, director aero business of RIOgaleao, which operates Rio’s Tom Jobim International airport, estimates that the airport should have 70% of its pre-Covid international network back by now.

He adds that airlines have expressed interest in mounting or expanding service to Rio but are held back by shortages in aircraft and crews.

The pandemic propelled the share of the airport’s traffic held by freighters from 10% to about 70%.

This year it has retreated to 30%, but this is not for lack of momentum in freighter activities. On top of scheduled operations, Rio has seen a strong increase in cargo charters. 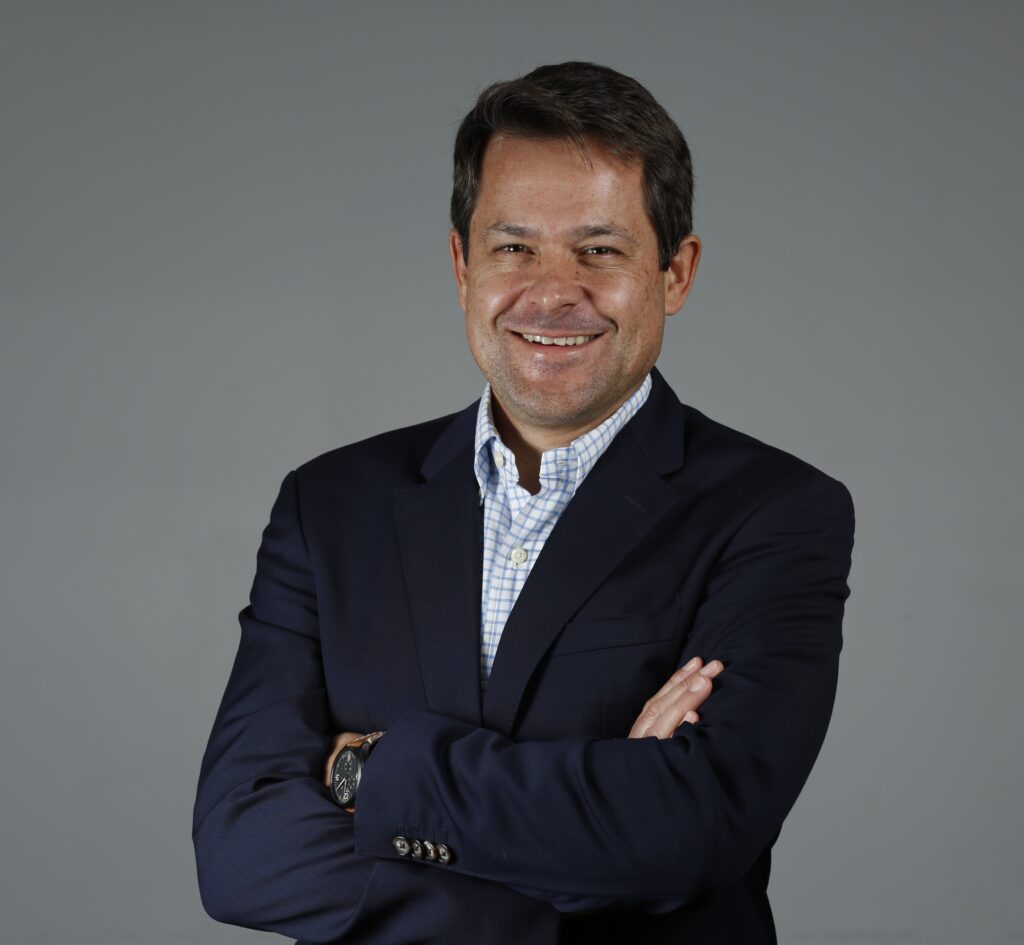 Freighter capacity of Air France KLM (AF-KL) in Latin America was up 11% last year over 2019.

Forwarders are also getting in on the act. DB Schenker started a weekly charter from Amsterdam over New York and Miami to Sao Paulo, with direct connections to Buenos Aires and Santiago.

LATAM’s foray into Huntsville is driven by DSV’s transatlantic freighter operation to the US gateway.

For LATAM, Huntsville is an extension of a Miami flight, adding to the strategic importance of Miami for the carrier.

By routing transatlantic flows through Miami – and to a lesser extent New York – the airline can provide more connectivity to a large number of points in Latin America, explains Bianchi.

The maindeck capacity expansion has been driven by robust demand in the first eight months of the year.

Volumes into the region were going strong into July but lost momentum in August and September, he says.

E-commerce has been one driver of this. It showed significant growth this year and in 2021, says Villamizar, adding that this should continue into next year.

Latin America is one of the fastest growing regions for Cainiao, the logistics arm of Alibaba.

Back in 2020 it leased B747-8F capacity from Atlas Air for three weekly flights from Hong Kong to Sao Paulo and added flights to Santiago last year.

Recently, it signed up for another 747-8F from Atlas to run from Hong Kong via Miami to Bogota, which brought its footprint in the region to eight weekly flights.

Activity has also been lively in the automotive sector, which has grown month after month this year, Villamizar observes.

Some of this may be related to nearshoring moves by North American firms as they aim to curb their reliance on sourcing from Asia, China in particular.

Forwarders have observed increasing activity in this arena, both on the side of US firms looking for alternative production facilities and Latin American countries trying to attract investment.

At Montevideo’s Carrasco International Airport the growth in pharma business has prompted the construction of a new dedicated facility, which is due to be ready by April.

The user base in this sector is growing. GlaxoSmithKline has selected the airport as one of three global vaccine distribution centers, where it intends to move over 12m doses a year to cover six countries in Latin America.

At the same time, pharma firms are eager to have their suppliers in close proximity, so packaging providers and others are moving to Carrasco Airport’s free zone.

In conjunction with these shifts comes a broader use of multimodal transport, because raw materials and less time and temperature-sensitive pharmaceuticals are brought in by ocean carrier, Guiscardo says

“Pharma is an area that we’re very much looking at,” says Calonghi, pointing to ambitions in Brazil to build up pharma production

At RIOgaleao, pharma traffic is up 39% over pre-Covid levels. Oil and gas traffic has been even stronger, surging 53%.

This has been the main reason for the steep increase in cargo charters at the airport.

In other circumstances, a large portion of that traffic would have moved by ocean carrier, but airfreight in the region has benefited from a shortage of ocean cargo capacity, as container lines shifted vessels from north-south trades to the more lucrative routes from Asia to North America and Europe.

Now vessel capacity is returning to Latin America, which will draw some commodities back from airfreight, remarks Calonghi.

This is adding to the downward demand momentum that began in August, while capacity continues to rise. In some markets, such as Argentina, there is already overcapacity.

This is putting pressure on pricing. In August the average load factor in the region was down to 37.4%. The ongoing rise in belly capacity is expected to intensify this pressure.

The lower rates are bringing relief to perishables exporters, who have been buffeted by high airfreight rates and lack of ocean carrier capacity.

Villamizar says that more airfreight lift is going to be needed out of Chile in December and January for the cherry and blueberry season, which promises to be strong.

The outlook is less bright for other perishables. Exports from Brazil have been affected by strong rains that reduced harvests, notes Calonghi.

Flower producers in Colombia and Ecuador have not had problems with weather, but there is uncertainty on how strong demand for flowers is going to be in Europe, given the impact of inflation on purchasing power there, she says. 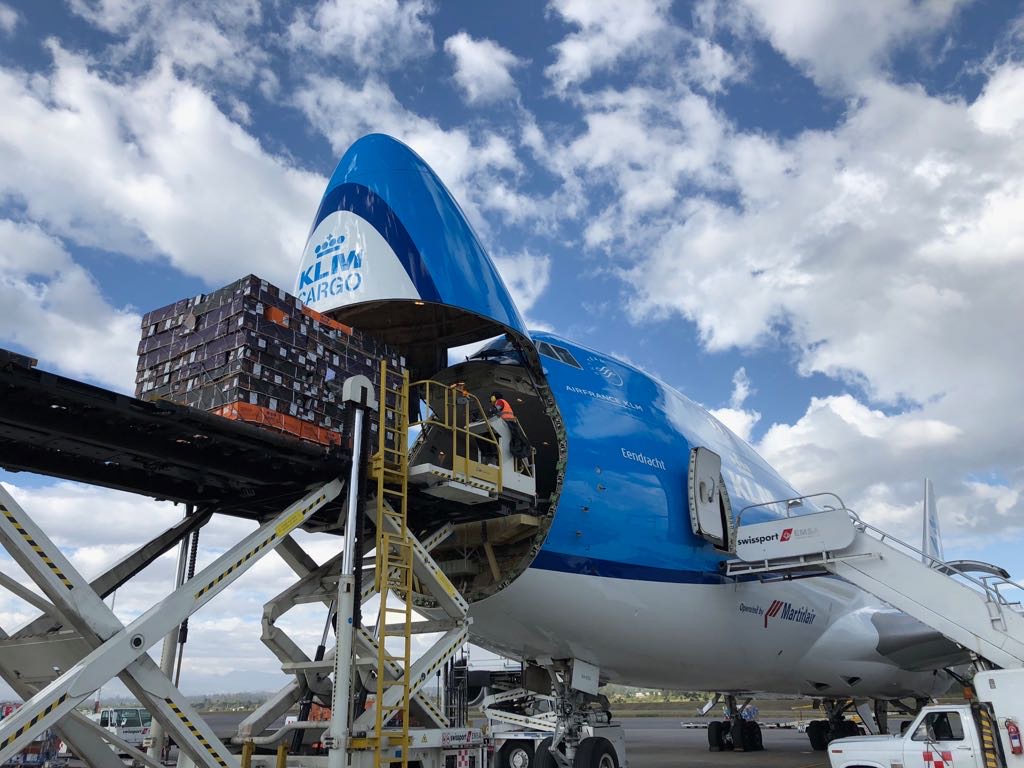 The pandemic has been a catalyst for digitalisation, such as the acceptance of electronic phytosanitary documents, Calonghi reports.

Still, many countries in the region do not have a roadmap for digitalisation, Villamizar observes.

This has not held back operators with their own digitalisation plans, though. AF-KLM sees many bookings over its portal, which has increased after it added capability to modify bookings.

“With perishables a lot is last minute,” says Calonghi.

LATAM has expanded its reach through WebCargo and cargo.one portals to give customers more options for booking their shipments.

Latin America used to be a laggard in e-air waybill adoption, but a recent push by LATAM has shown success, with some clients’ use of e-AWBs surging from 10% of their bookings to 80% in four weeks, Bianchi reports.

“We’ve been testing different tools and have completed some projects on machine learning to see where the value of tools is. It’s not tools for tools’ sake,” he says, adding that the first priority is to give customers what they want.

To support its fleet growth and the proliferation of tools, the carrier is also investing in cargo infrastructure.

It has opened a new facility in Santiago, expanded in Bogota and is planning to expand its warehouse in Miami.

In some locations shortage of manpower has stretched ground operations, but overall airports in the region have avoided the congestion issues that have hamstrung their counterparts in North America and Europe. “Most airports operate normally,” says Villamizar.

At Rio, a 30,000 sq ft warehouse is under construction, which should be completed by the first or second quarter of next year, Fehring says.

This is aimed primarily at 3PLs, but firms with little airfreight activity, such as a large dairy producer, have also shown interest for regional distribution to take advantage of the airport’s proximity to downtown Rio and the port.

“This allows us to develop cargo real estate, and it helps with cyclical ups and downs,” remarks Fehring.