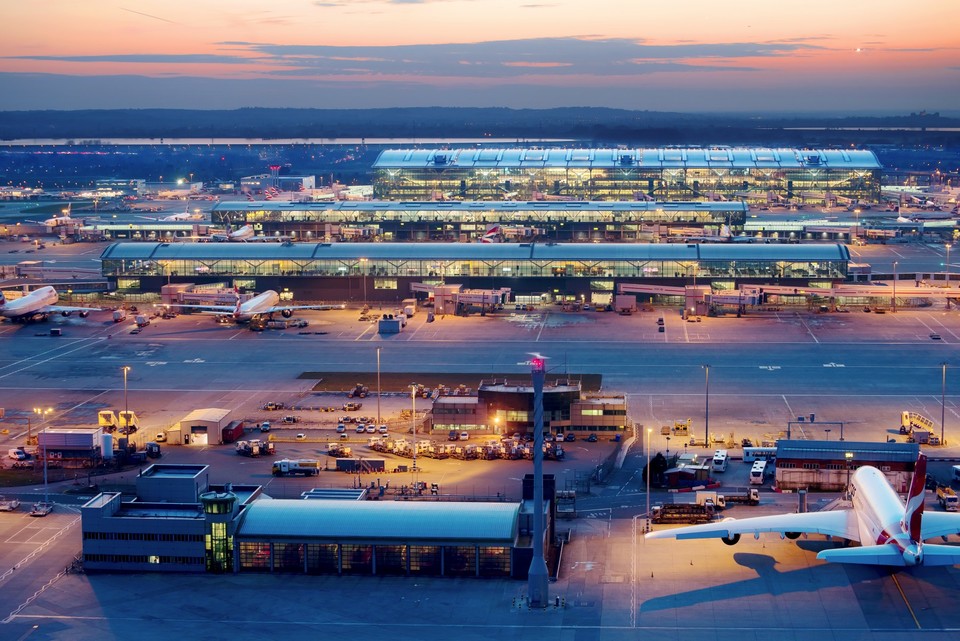 Since 2021 there has been a drop in freight movements across all modes due to the cost-of-living crisis, post-pandemic supply chain issues, the conflict in Ukraine and an increase in fuel prices.

Overall, consumer activity is down and compared to last year, retail sales have fallen 6.9%.

Aviation especially saw a decline within passenger traffic during the pandemic; the UK Department for Transport’s (DfT) Future of Freight plan showed passenger volumes dropped by 75%, while air cargo only saw a 21% reduction.

This significant figure shows the vital role airfreight plays as an enabler of trade for the UK.

Heathrow Airport is established as the most valuable of all the ports within Great Britain and handled three-quarters of all air UK air cargo in 2021; the highest by value of all other Great British airports combined.

However, despite passenger traffic collapsing in 2021, Heathrow remained the UK’s lifeline by maintaining strong cargo throughput, transporting 1.4m tonnes, including vital supplies such as PPE, medical equipment and pharmaceuticals including vaccinations.

Heathrow Airport is now looking to invest in infrastructure over the next five years to grow capacity and the sustainability and efficiency of its operation.

In July 2015, the independent Airports Commission reported the conclusions of its three-year study examining the need for additional capacity to maintain the UK’s position as Europe’s most important aviation hub.

With overall UK airfreight volumes 8% lower in 2021 than in 2019, the expansion of Heathrow with a third runway has the potential to significantly grow airfreight capacity.

Heathrow Airport is the only hub airport within the UK and the only airport which accepts both European and international cargo freight, it currently serves more than 200 destinations in more than 80 countries, therefore connecting the UK to the rest of the world.

The expansion of Heathrow does come with its own challenges as local communities are opposed to the third runway due to further noise disruption.

Night flight restrictions are already in place which ensures that Heathrow Airport does not schedule departures between 22:50 – 06:00, or schedule arrivals between 22:55 – 04:40.

Logistics UK does not support any further restrictions on night flying, as this would curtail the ability for both inbound and outbound cargo, as the peak arrival time for inbound express freight is during the night period.

It is important to remember that as technology improves, quieter more sustainable aircraft will continue to replace older models, which will reduce the amount of noise within communities.

In October, the then Prime Minister Liz Truss and Transport Secretary Ann-Marie Trevelyan, expressed support, however it remains unclear whether current Prime Minister Rishi Sunak will back the plans.

As a result of the Supreme court overturning a previous judgement, the airport can now seek a development consent order (DCO), a type of planning permission for nationally significant infrastructure.

This may be difficult, as it will take into consideration stricter pledges to cut emissions made recently by the UK government.

A clear example of the opportunities additional runways create for freight is Charles de Gaulle Airport in Paris.

With five runways, approximately 90% of French airfreight by volume is transported through the airport, which has the capacity to handle around 2.6m tonnes of freight per year.

With the net zero deadline set for 2050, it will be crucial that any expansion meets environmental and sustainability targets.

Passenger flights continue to hold priority over freight in slot allocation, despite freight keeping the sector moving and retaining jobs during the pandemic.

Logistics UK remains clear that freighters must not be side-lined to passenger flights when slot availability is reviewed.

There must be a transparent system providing fair access for freighter services, ensuring continued capacity for cargo.