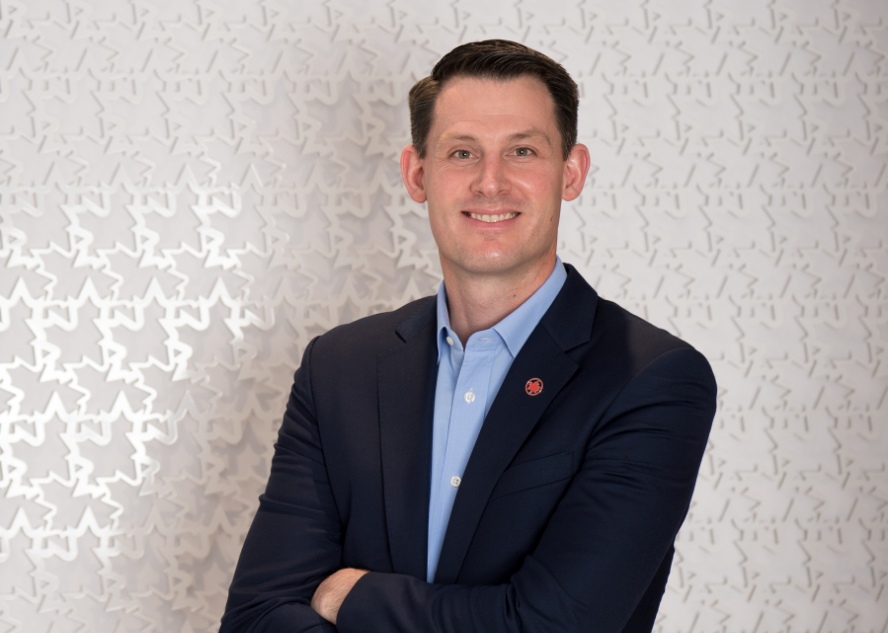 US passenger airlines with global networks have long since shed their maindeck freighter fleets but north of the border there is a renaissance of the combination carrier business model.

“We had been eyeing freighters for a while, long before the pandemic, and the acceleration of the Boeing 767 fleet retirement put us in a position to take action quickly,” he says.

“We had successful tests using ACMI (aircraft, crew, maintenance, and insurance) airlift in 2017 and some of those original ACMI routes have returned in our new model, which is testament to our business model and the strong market synergies that exist in our network overall and this sure-footed expansion.”

Berry emphasises that the freighters are complementary to Air Canada’s bellyhold passenger network: “We are a passenger airline with a freighter network that we deploy to balance out the cargo bellyhold capacity.”

Air Canada took delivery of its second converted B767 P2F in April and expects a third in August: “By first quarter of 2023, we will have seven of the 10 aircraft and after that we expect to see a delivery approximately every quarter.

“The ramp-up is coming quite quickly and over the next six to eight months we will see a pretty dramatic uptick in capacity.” 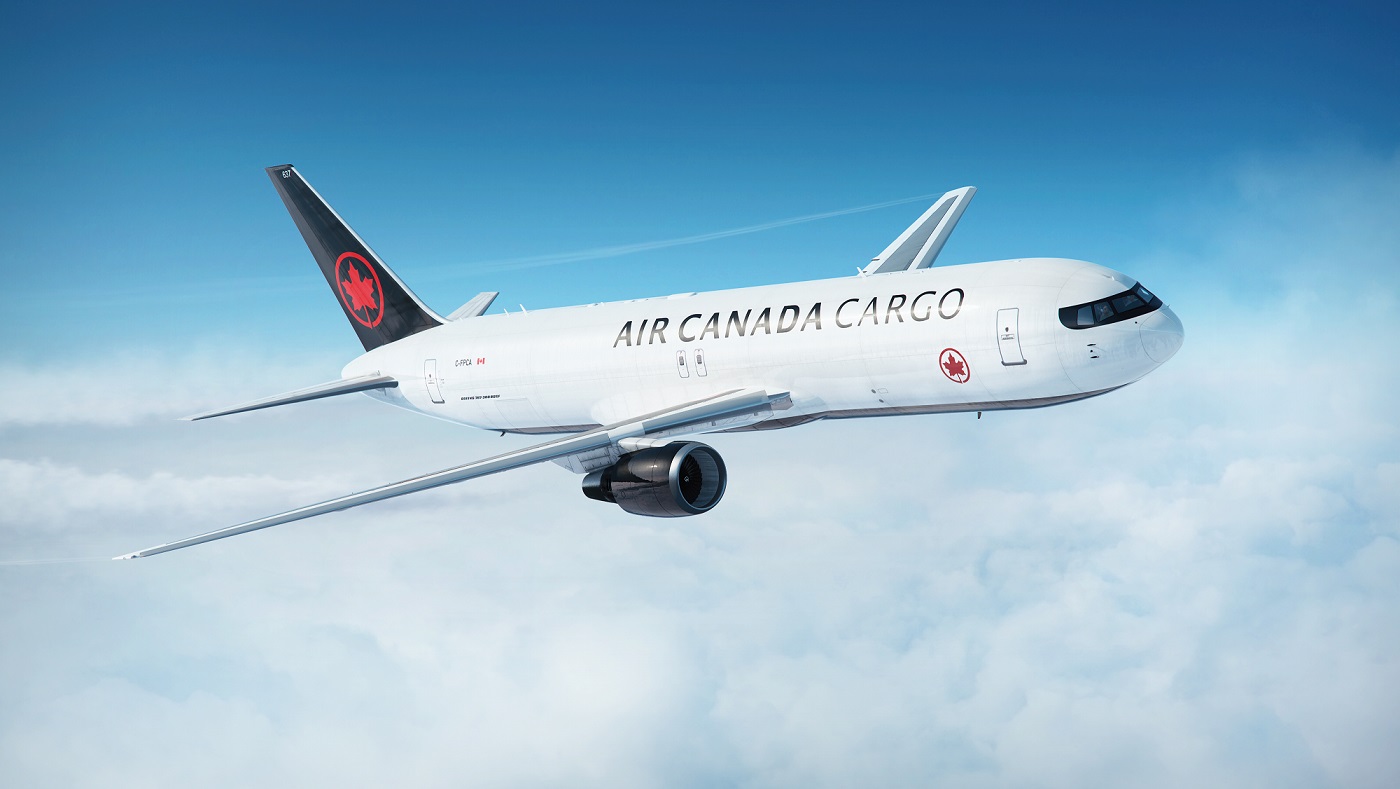 Air Canada sees a clear benefit in being the only combination carrier in North America that combines a widebody freighter network alongside that of a robust and far-reaching global passenger business.

“We have seen powerful examples of what a combination carrier can do in the types of products it offers, whether it be in the maindeck lift for outsize and oversize cargo, but also with the reach of a global passenger airline that touches six continents.

“Combining those two, and with our strategically placed hubs in Toronto, Vancouver and Montreal which serve the Pacific and the Atlantic with ease, it really makes sense for us to be back in that game as a North America combination carrier.”

Berry agrees that e-commerce is an important factor in the Air Canada decision: “Our freight forwarding partners need reliability. Passenger belly lift is very important for air cargo, and that is always going to be the case, but the supply chain world is shifting towards more dedicated lift.

“Historically, belly capacity passenger networks have a seasonality component where carriers change frequency and aircraft type based on passenger demand, but cargo capacity needs to be predictable year-round.

“Having freighters allows us to take that seasonality out of the network.  It protects our customer capacity while also allowing the passenger business to utilise resources as best as possible as well.”

The B767 freighter, says Berry, is a “great aircraft” for creating links to the Americas and Europe, and Air Canada Cargo will continue to build its global network.

On the B777Fs, Berry says: “The investment in long-range widebody freighters, combined with our growing 767 freighter fleet and robust passenger network will allow us to continue to bring to life the most flexible and diverse cargo operation in the Americas.”

There may not be many new dots on the map immediately, but Air Canada Cargo is going to add frequency and scale to our existing network.

“Definitely, there will be additional routes coming. We are not done growing our network, however as the next aircraft joins the fleet, we will look to fill out and optimise our current schedule”

While replicating the ACMI network is a key strategy, Air Canada has already planted the freight flag in new airports, including Guadalajara, San Juan, Istanbul and Madrid, plus there has been a freighter return to Frankfurt: “We have our own facility in Frankfurt, and we are excited to be back.”

Global e-commerce is a factor for growth, but Air Canada already has a domestic product called Rivo serving that product segment, and there are no plans for expansion just yet beyond the border.

Berry observes: “Rivo is our domestic e-commerce platform. No one has more assets in the air domestically than Air Canada.  Rivo allows us to take advantage of all our domestic flights, filling these routes with e-commerce shipments, offering the largest and most efficient network in the e-commerce space.”

Will there be a dash for the border? “I wouldn’t put any wall around Rivo, but today we are focused on the domestic market because there is a lot of opportunity there,” he says.

“What we bring to the table with Rivo is an unparalleled middle mile, that is our strength. That is what really differentiates us from the rest, because we have hundreds of flights daily and we can exploit that connectivity to bring value to the supply chain.”

Expanding a freighter fleet is one thing, but making sure that the infrastructure on the ground keeps pace is another, and Berry is aware of the challenge.

“It doesn’t matter how much you invest in freighters, it does not work if we do not invest in the ground as well. We are putting a lot of time into a programme called CHIP (Cargo Hub Improvement Programme) which we launched in Toronto and recently in Frankfurt.

“We will continue in Vancouver, Montréal and all of our hubs which are going to see considerable investment and upgrades to accommodate our growth.”

Berry was born into an airfreight family and describes himself as a cargo kid: “My dad worked with Emery and Cargolux in the 1980s and my aunt was a gateway manager at Emery, so as a young boy I would go into work with my dad on the weekend helping to push containers on DC8s.

“I officially began my career at Cargolux nearly 27 years ago and throughout that time I’ve been in the cargo space in one way or another for the majority of my career.”

Alongside Air Canada’s maindeck expansion, other Canadian carriers, such as freighter operator Cargojet and passenger airline WestJet, are either expanding their freighter fleet or entering the market with P2Fs. Is the local competition hotting up?

“We are first and foremost, a global network carrier and as such, do not focus on the local landscape alone and are the first to launch, which gives a significant barrier to entry. I also look at what some of the ACMI and other charter operators are doing, and it is in a very different space.

“Our offer is not point-to-point as a carrier flying specific routes for someone else, our primary goal is to be here for freight forwarders that need global solutions for a wide variety of cargos whether it be belly cargo or on the main deck of our freighters.”

Air Canada’s innovative thinking in cargo was evident during the pandemic. It was the first passenger airline to strip out the seats from some of its Boeing 777 and Airbus A330-300 aircraft to become preighters, as they were labelled by the industry, or Charlies as they were named by Air Canada staff.

Regulators in Europe will stop the use of cargo-in-the-cabin flights from the end of July, with the US likely to follow at the end of 2022.

What lessons have been learned for the future from that preighter experiment?

“The preighter is certainly a new tool in the toolbox and we don’t really want to use it again, but we do have the know-how and experience, and our teams are experts at it.

“What I would say is that it is not a sustainable business model. The amount of work and the labour on the ground required to operate these aircraft is just not an efficient use of resources, but it was right at the time, and it needed to happen.” 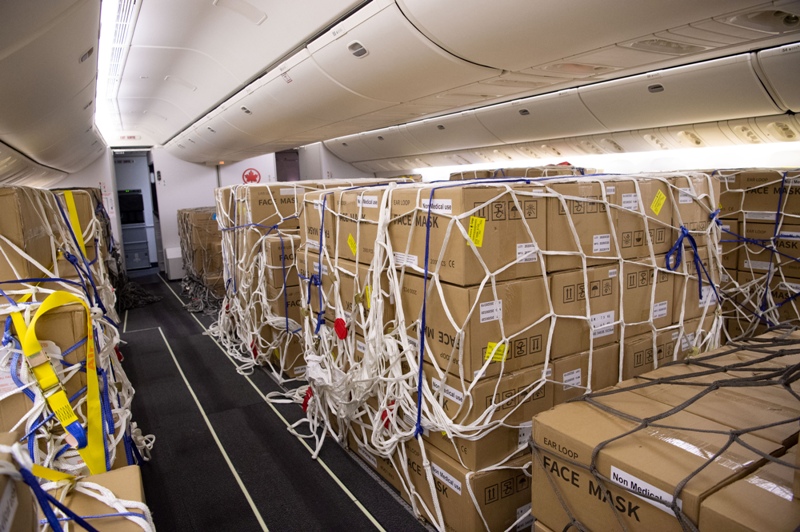 The regulators appear to be comfortable with preighter operations, at least in the short term and understand that they were an essential option in unique circumstances.

On the current and shorter term market conditions for airfreight, Berry sees capacity continuing to be tight, even with the return of some long-haul passenger networks and their bellyhold space.

“It is very regionalised, and the world is waking up at a different pace and timing across the networks. Asia continues to be slower to return and that is a huge part of the global economy, you need that link and there are still capacity constraints.”

The China lockdowns due to Covid, the war in Ukraine and rising global inflation are dampeners on trade, plus the rising cost of energy and the impact on aviation fuel, the latter being “an absolute challenge for our industry and always has been”.

Berry adds: “It is something that Air Canada understands and over the years it has been a part of the challenge.

“There are carriers that will struggle to make things work in this type of environment, but I also believe it is going to thin out some of the opportunistic players in the market.

“The core legacy carriers that have a strong route network and a strong customer base on both the passenger and cargo side will be fine, but it is going to be a headwind that we really don’t want right now after the pandemic.”

Another part of the fuel challenge is the growing use of sustainable aviation fuels (SAFs) and offsetting for both the passenger and cargo sides of the airline business.

“We see it as a big part of our business and is at the top of our list of priorities. We have a 2050 commitment to be net zero and have launched our Leave Less programme for the passenger and cargo side.”

Air Canada’s Leave Less initiative targets a 20% net reduction by 2030 in greenhouse gases from air operations compared to a 2019 baseline, a 30% reduction from ground operations by 2030 and is investing C$50m in SAFs and carbon reductions and removals by 2030.

The cargo division will be working with customers on Leave Less and plans soon to announce the first partner for airfreight.

The next generation of climate-friendly freighters will soon be rolling off the production line, with Boeing’s B777-8F and Airbus with its A350F. They are not yet on Air Canada Cargo’s radar but remain a future option?

“We are always looking at opportunities to better our service, to expand our footprint and to grow, but right now we are focused on the airplanes we have today and in building a strong network that really solves problems for customers.”

Berry concludes: “I started my career with freighters, so I recognise the power of what freighters can bring in terms of a market offering.

“Cargo is unidirectional in most cases, and we are always looking at what will bring value to us as an organisation.

“Today we have the Boeing 767 which is working extremely well, but we will eventually have to retire those airplanes and we will need to have a strategy if we want to stay in the space for the long run.”