Menzies Aviation ramps up its focus on cargo 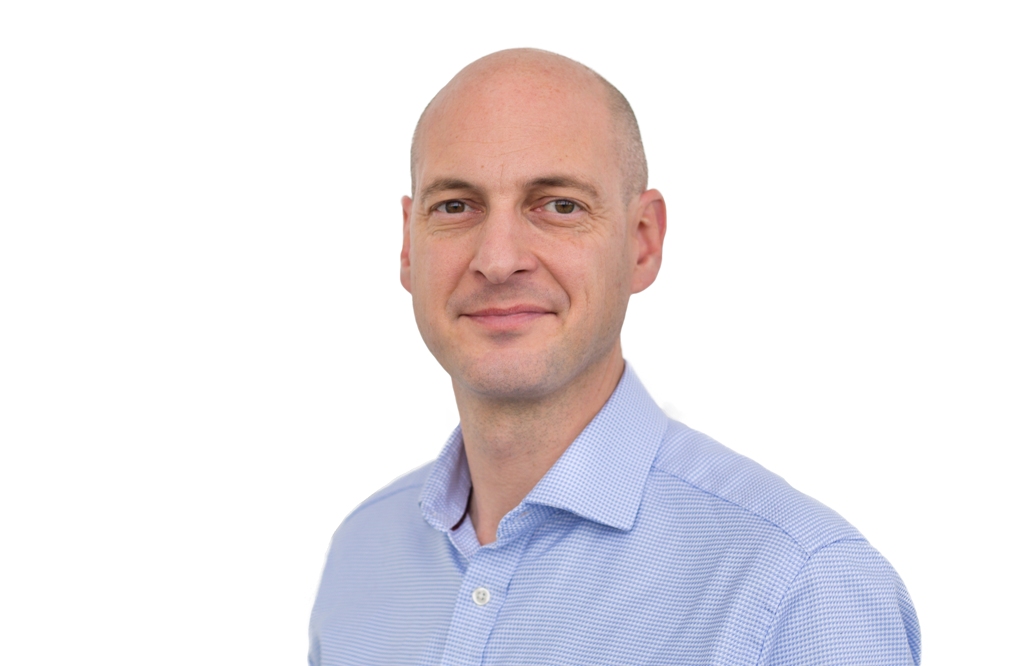 For Menzies Aviation, timing is everything when it comes to its cargo handling business.

Menzies Aviation executive vice president, cargo, Robert Fordree tells Air Cargo News that the company embarked on an expansion project for its cargo business three years ago, admitting that there hadn’t been a focus on the sector at a global level for some time.

Fordree says that looking back there was “a bit of luck” in deciding to focus on cargo just before the outbreak of a global pandemic that would see air cargo supply chains became increasingly important.

“Cargo is the business that kept things going for us and kept volumes coming through,” he says.

“There were significant cargo volumes. The PPE that was being transferred around the world at the time, that’s really what kept us afloat.

“So that was very, very positive. Throughout the pandemic, we’ve had commercial success.”

Fordree says that five years ago, Menzies was principally focussed on ground handling but it has since transformed into a multifaceted aviation business with cargo, ground handling and fuelling all playing an important role in the business.

“It’s no longer the case that there are two small props in cargo and fuelling and then a great big ground handling solution – they’re coming much closer together and cargo now provides a significantly greater proportion of the revenue than it did previously,” he says.

Earlier this year Menzies reached a significant milestone in the expansion of its cargo business as it reached 50 stations in its cargo handling network following a series of new contract wins and joint ventures.

As of May, the company operated a total of 53 stations, up from 36 a year previously.

The company highlighted its recently launched operation at Baghdad International Airport, Masil, which is a joint venture with Iraqi Airways, and its acquisition of Royal Airport Services in Pakistan earlier this year that added new stations in Islamabad, Lahore, Karachi and Multan.

In August, the company invested in a 51% stake in Costa Rica-based handler Interexpresso. The company’s core operations are based in San Jose and Costa Rica, with additional operations in Guatemala and El Salvador.

Also, at the beginning of May, Menzies started up operations on behalf of Avianca at Miami, a huge new contract that will see around 250,000 tonnes of cargo being handled annually.

The company has also benefitted from contract wins with Qatar Cargo in the UK, US, Australia and New Zealand and most recently with United Airlines Cargo in Sydney and Melbourne.

And it moved into an 11,200 sq m facility in Budapest in 2020 and added two new premises in Los Angeles, more than doubling its warehouse space. 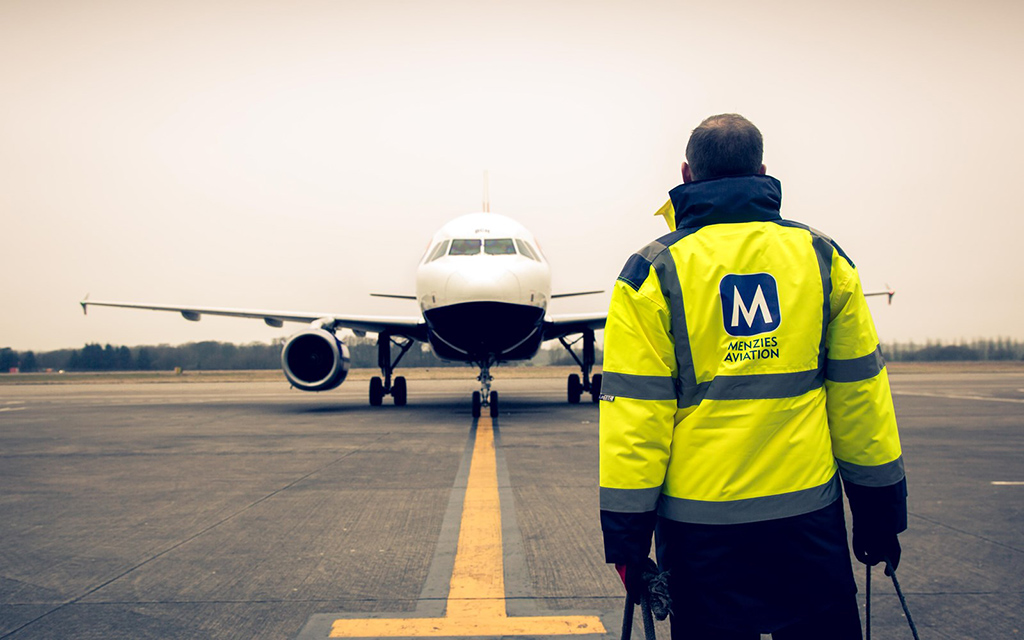 “We had a few wins and there was further investment opportunities made available,” explains Fordree.

“All of the contract wins that we have had, for example with Qatar, have been received very positively by both the market and the board and that that allowed us to look at other opportunities.

“I don’t think three years ago we would have considered Miami as a potential opportunity.

“It was probably just too big and too challenging, but with the subject matter expertise that we brought into Menzies and with the team that we’ve got in place now, there’s a much bigger appetite to grow cargo and much more capability across the organisation to be able to deliver for the customers.”

As well as adding new stations, the cargo strategy aimed to standardise the service offering, something that becomes more challenging as the network gets larger.

The additional stations, as well as a buoyant cargo market, have helped Menzies continue to grow its cargo volumes this year.

“That’s partly to do with our stated aim of growing cargo and the energy that we put behind growing the cargo business globally and then partly due to the pandemic, and the increasing volumes that we’re seeing,” Fordree says.

On the current market, Fordree says there are regional variances in demand but the overall picture is one of growth.

“In the US, the tonnages have been very high, particularly in Los Angeles,” he says, adding: “Los Angeles seems to be an airport that many are still flying to, in some cases they have consolidated flight frequencies into Los Angeles so there’s actually the increase in schedule activity over what we’ve seen prior to the pandemic.”

He adds that performance in Canada is patchy while in South America Menzies only has a single station in Bogota, which is doing “very well”.

Fordree says the European market is booming, with volumes in Heathrow “very positive”, Budapest, Bucharest and Prague are all performing well and Amsterdam Schiphol is very buoyant.

Its business in South Africa doesn’t have such a positive outlook given the civil unrest and the impact of Covid, he says, adding that Macau volumes are “okay” and Australia and New Zealand are “doing very well”.

On growth in the overall air cargo market, Fordree says that e-commerce has had a big impact, fuelled by Covid lockdowns.

Another factor in volume growth in certain markets has been extra capacity opened up to cargo with the lack of baggage being transported on aircraft.

“There are certainly a number of carriers that are continuing to operate their flight schedule, with a very limited passenger load, but a much higher cargo payload.

“That’s part of the reason that we’re seeing an increase in cargo volumes in some of the markets that we’re operating in.”

Looking to future, Menzies plans to continue to grow its cargo business.

Fordree says: “Investment has been made available to us for the right opportunities to make either acquisitions in cargo, to look at partnerships with others and to also talk to some of the airports that have had their eyes opened to the cargo opportunities.

“There’s a few airports that we’re talking to about the potential for new-build warehouses and opening new cargo terminals.

“We’ve basically got the investment available and ready to go when the right opportunities come along.

“It’s definitely emerging markets that we’re looking at with some significant interest.”

He adds: “We are looking at some growth opportunities in South America. There’s three countries that we’re looking at as potentially a new entrant.” 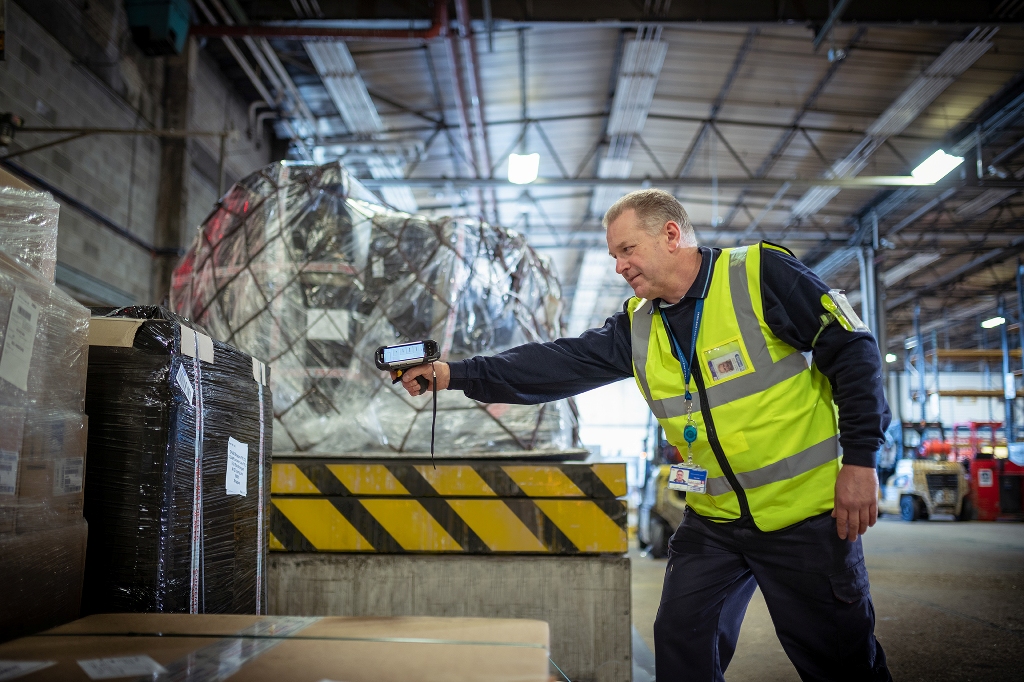 Looking to the future of the air cargo sector, Fordree believes that freight will play an increasingly important role in the aviation industry.

“I believe when passengers start to fly again, consistently, and in bigger numbers, that the cargo payloads that we’ve been seeing will reduce.

“But I also think that people have had their eyes open to cargo in the last 18 months and the cargo market will continue to grow.

“I think there will be more freighters because people have identified that freighters work and that more airlines that haven’t been focused on cargo before have had their eyes opened and they will want to be part of that.

“When airlines start considering route profitability in the future, those that haven’t included cargo will now include cargo.”

While Menzies cargo handling business may have grown during the Covid pandemic, the overall business reported a loss before tax of £120.5m as it was faced with “unprecedented challenges”.

In response the company reduced costs and headcount in line with volumes and received support from government schemes in some countries.

However, Fordree says the company is secure and optimistic for the future.

“We suffered our biggest loss since 1833, so it has been pretty dramatic,” he says.

“But what has also been dramatic is the actions that we have been taken so we are ready for growth, not just in cargo, but across the whole of the business.”

He adds: “We’ve got cash behind us and investment that has been made and that investment is supporting our growth plans.

“It’s been enormously challenging and we’ve had to make some very tough decisions particularly on our people, but we do genuinely believe we are coming out the other side.”

Hong Kong Airlines is extending its ground handling partnership with Swissport at two Japanese airports. The new partnership runs until…