More expansion on the cards for Mexican freighter operator mas 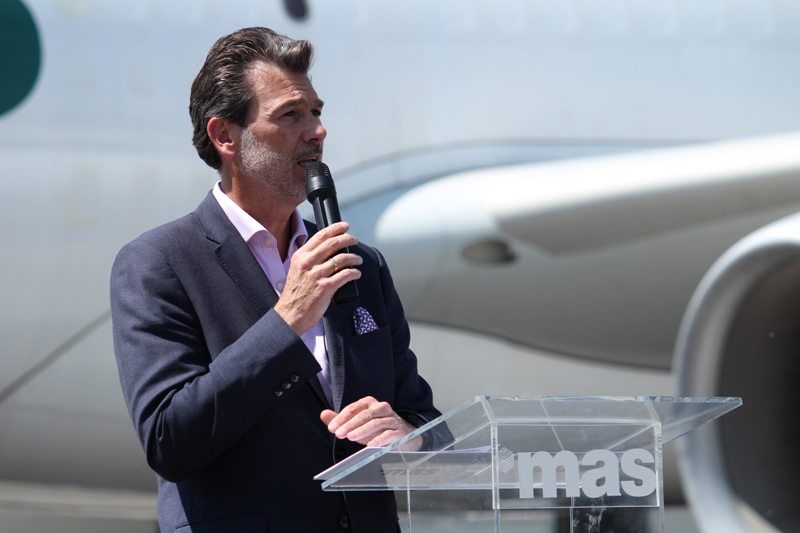 Airfreight fleet expansion is surging ahead down Mexico way, with independent cargo airline mas set to operate 18 leased freighters by 2024.

The Mexico-based cargo carrier mas, once part of the Latam Group but now backed by the Mexico-based Discovery Americas investment fund, is well on the way to meeting its expansion schedule and will have more than doubled its freighter fleet, to nine aircraft, by the end of 2022.

Air Cargo News spoke to mas chief executive Luis Sierra shortly after the carrier took delivery of a newly converted Airbus A330-200P2F, leased from Altavair, and he was expecting a second converted A330-200 a few weeks later, from the same lessor.

It is clearly a busy year ahead for Sierra: “By the end of April we are going to receive our first Airbus A330-300 converted freighter and then in May we will receive a second A330-300. Both aircraft being leased from CDB Aviation.”

Another B767 freighter will be delivered in early June from ATSG, joining three other B767Fs from the same US lessor.

Sierra adds: “Obviously, we did not plan it this way, to have such a compressed first semester to receive so many aircraft.

“We were expecting to receive at least the first A330–200 last year but the Covid pandemic situation so those aircraft were delayed until this year and that is why we are receiving so many aircraft in such a short period of time.”

The freighters are dry leased and will go under mas’ AOC, they are intended to fly in the carrier’s aircraft, crew, maintenance, and insurance (ACMI) business unit.

Sierra is an experienced airfreight executive and has been connected with the airline, recently rebranded “mas” from its MasAir Cargo Airlines identity, since 1994.

He negotiated the management buyout from Latam in 2018 and linked up with Discovery Americas to continue an expansion programme that saw mas revenues grow from $55m to $148m over the last three years, handling 103,000 tons of cargo in 2021, representing a 10.6% market share of the Mexican market.

Sierra says that the B767Fs will fly regional routes in the Americas from Mexico, deep into South America, while mas will take advantage of the A330s’ longer range and capacity, mainly for routes into Asia and Europe.

All the fleet will be leased aircraft, and there are no plans for mas to own its metal.

He also makes the point that at least one of each type of freighter will be reserved as a readily available back-up aircraft for additional uplift to meet growing customer demand.

Sierra says “One of the things that we suffered in the past, and was a huge barrier to growth in a competitive market, was the availability of aircraft in year-round contracts, so we are planning to have at least two or three backup aircraft in our fleet.”

mas currently operates a freighter network in Mexico, in the western part of the US, with a strong presence in the Los Angeles market, and has other regional services into Colombia, Ecuador and Peru, plus a new link into Brazil from March.

Sierra says that the focus of the new freighters will be to meet the growing customer appetite for ACMI: “In our opinion there is a tendency for many big players wanting to secure at least one portion of their capacity and controlling it themselves

“They do not want to be wholly dependent on the belly capacity in different kilo-by-kilo markets. So that is the role we intend to play in those contracts by being an ACMI provider.

“That is how we see our market in and out of the Americas.”

He adds: “We are looking at longer term ACMI relationships, targeting contracts between three to five years, and so being strong partners with customers.”

mas has recently renewed a contract with DHL, which demands 98.5% performance reliability. mas is also flying for European freight forwarder Senator out of Frankfurt into the US, either into Greenville Spartanburg or Miami, and then to Mexico City.

The Senator service will upgrade from a B767-300F to a A330-300F when delivered from the EFW conversion house. 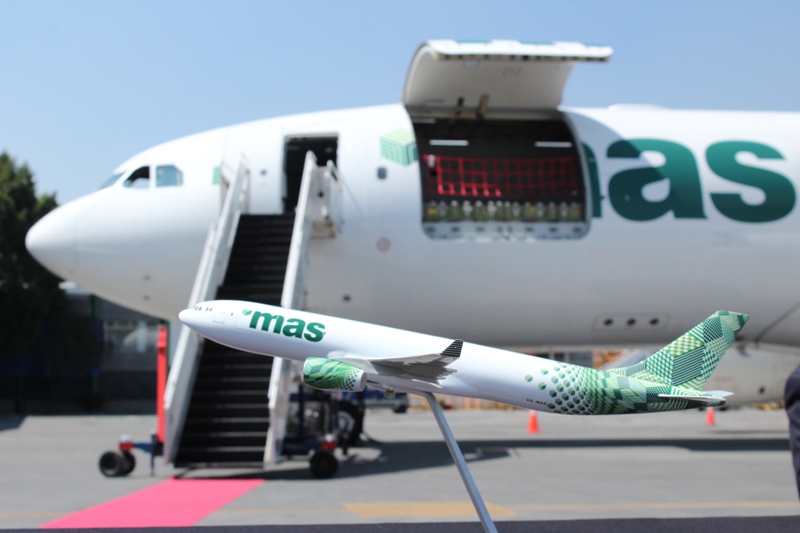 Asked about the airline’s strategy for Europe, Sierra envisages regular services to the US or Latin America but with flexibility for new routes, citing the example where Senator requests a route change due to seasonal demand fluctuations in certain sectors.

Senator now has a new owner, in the shape of Danish seafreight giant Maersk, which has expanded its air cargo operation, with freighter aircraft on order.

“For us, Senator by itself offers a great opportunity to grow and we had conversations at the end of last year about the possibility of going into different places, depending on aircraft availability.

“In the past we were limited by the number of freighters we operated but now we can sit at the same table and talk about mutual growth, for those freighters coming in 2023.”

Sierra says that the integration of Senator into Maersk “is something we look forward to and it is very positive for our future plans”, although he recognises that there will be challenges as well as opportunities in working with such a big player as Maersk.

mas also plans to launch freighter flights into three locations within China, although at the time of interview customer names and market sectors were still very much under wraps.

“We have letters of intent signed with three different parties that would see us fly into Zhengzhou Xinzheng International Airport (CGO), Wuhan (WUH) and we are also discussing a third airport, Xi’an Xianyang International (XIY),” says Sierra.

mas, no longer under the umbrella of Latam, can now rely on the deep pockets of Discovery Americas.

Sierra says: “Discovery Americas is a well-known fund in terms of the airline and transportation industry.

“It was the founder fund for Volaris, now the largest passenger low-cost airline in Mexico, and has also invested heavily in Traxion, a Mexican transportation company.

“The fund knows about transportation and about airlines, so it was an easy-going conversation to build this idea of a strong mas cargo airline in the market.”

Part of a five-year plan, running until 2024, saw the rebranding of the carrier, with two clear reasons for doing so.

“First of all, I think it was important to renew the image, which was already 20 years old in the market, and secondly it was an image that was built around the first history of mas, under the umbrella of the LATAM Cargo company.

“We needed to present ourselves in the European and Asian ACMI markets as a brand-new and revitalised company.”

Another consideration was the growth of the staff numbers, from just 19 to nearly 400 employees: “Some 90% of the company employees are not tied to the old image so we want to give them a new narrative, and we are inviting them to be part of this new story. So, what better reason than to build it from scratch.”

There is one operational obstacle to overcome, and Sierra is confident that this will be resolved soon.

In May 2021 Mexico was downgraded by the US Federal Aviation Administration (FAA) to category two status. It is a status applied to a country and not a single airline.

Carriers of countries with a Category two status cannot launch new commercial services into the US or codeshare with US airlines, but long-standing relationships can continue.

Says Sierra: “We have been working with local and regulatory authorities for Mexico to re-engage category one status.

“One of the main blockages as an airline is that we cannot incorporate new routes or new aircraft into the US operational network.

“That is a huge disadvantage for us. We can operate into Canada and in the US we can still operate the same route system and frequencies that we have had in the last 18 months, but at present we cannot add new routes in the US.”

He continues: “The news from the authorities is that they think that they can get back to category one from May or June, and if that happens it will be a very positive scenario for mas.

“Our expansion plans are not 100% dependent on the US market. One of the reasons to have customers in China is because they also want to fly into Latin America.” 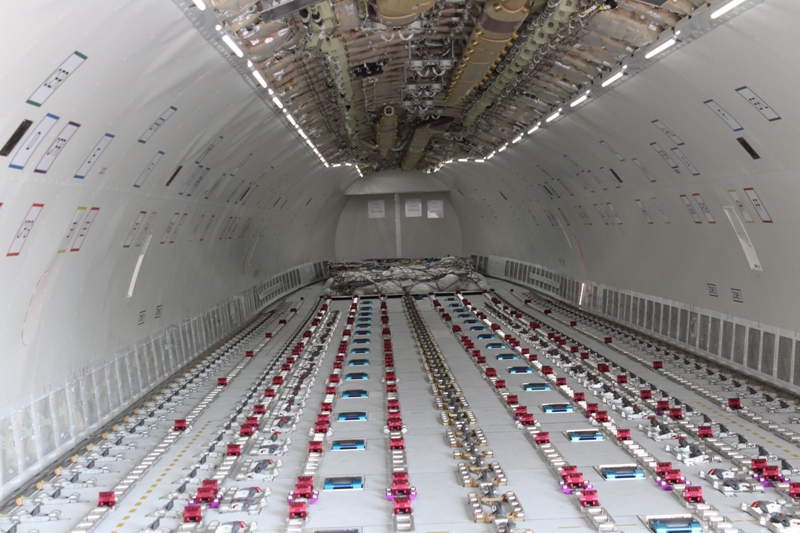 Sierra believes that the air cargo market over the next five to 10 years will see customers needing to secure a certain percentage of their own capacity and to fly where they want to, hence the need for dedicated ACMI services.

He adds that that pandemic-related staff shortages will continue to disrupt global supply chains, particularly in seafreight which he believes is more labour-intensive than air cargo.

“Obviously, a workforce is needed in airfreight, but it requires fewer people, for example unloading an aircraft compared with offloading a large [seafreight] container.”

And there is the increasing rise in e-commerce volumes and the “need for speed” which benefits airfreight, he says, adding: “Customers want their products within reach in 24 hours. It is amazing how many products you can get almost on the same day, and in the long-term there will be a necessity to transport goods and services in a quicker manner.”

Uncertainty about the return of long-haul bellyhold capacity to pre-pandemic levels, some experts forecasting 2025 at the earliest, means that “dedicated cargo will be more needed than ever before”.

The bulging orderbooks for the larger capacity and more fuel-efficient production line B777X and Airbus A350 freighters has seen several cargo airlines focus more on factory fitted long haul freighters than passenger conversions. Is that an option for mas?

Sierra says: “I don’t know because we haven’t discussed seriously that possibility inside the company, but what I can say is that we prefer to have options.

“In mas we understand that the A330–200F is a good aircraft for those long routes, but if we want to be competitive in the future, in terms of cost per kilo, then obviously the 100+ tonne aircraft is something that has to come into our minds.

“We haven’t discussed it with any lessors or Boeing or Airbus, but it is better to have options.”