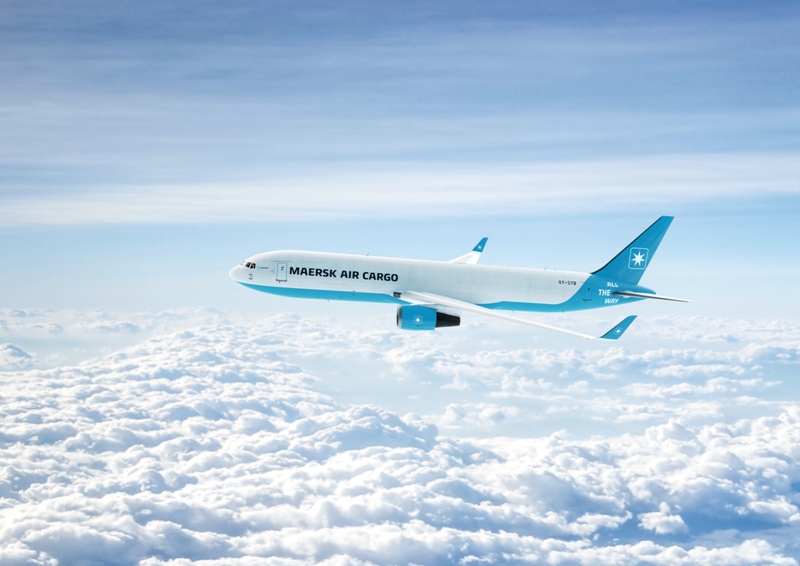 Times have been turbulent for the Nordic air cargo market over the last couple of years.

Like much of the industry, companies from Denmark, Sweden, Norway, Finland and Iceland had to contend with a lack of air cargo capacity due to the huge reduction in the number of passenger flights as a result of Covid.

However, as last year wore on there was hope that the market could be settling into a new normal as lockdown restrictions were being lifted and bellyhold operations were beginning to return.

That hope was turned on its head in late February when Russian tanks entered Ukraine and tit for tat sanctions affecting aviation were issued by western countries and Russia.

Probably the most relevant to the Nordic air cargo market was Russia’s ban on using its airspace.

Speaking at the Nordic Air Cargo Symposium, Accenture’s Seabury Cargo commercial director Jonathan Mellink said that between March 7 and 20 the Nordics’ international air cargo capacity slipped 20% behind the equivalent 2019 level as a result of airlines rerouting and cancelling flights as a result of the sanctions.

This was around 5 percentage points down on the level recorded in January and February.

One company facing this challenge was Finnair. Fredrik Wildtgrube, vice president Finnair Cargo, says: “We have now routed the flights to avoid Russian airspace, using either the southern or northern route.

“Finnair used the Polar route back in the 1980s and we quickly created alternative route solutions for our customers shipping to and from Japan and South Korea.”

At the time of writing, the carrier was flying to Narita four times a week with a flight time of 13 hours instead of the previous 9.5-10 hours.

The carrier also flies to Shanghai once a week and Seoul three time per week with a flight time of 12-14 hours.

However, flights between Helsinki and Osaka and Hong Kong were cancelled in April as flying them with a longer routing is not currently possible.

The longer routing also has an impact on costs as the carrier needs to take account of more fuel burn, changes to the number of crew and their working hours.

DSV says it is monitoring the situation closely, providing solutions where possible to minimise the impact on customer supply chains.

Furthermore, DSV continues its temporary suspension of all air, sea, road and rail shipments to and from Russia and Belarus. The only exception to this is the transport of medical and humanitarian supplies. 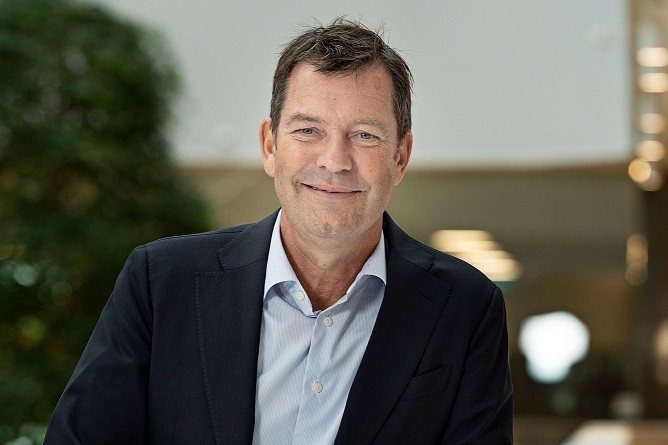 Wildtgrube says that Finnair also continues to be affected by the pandemic, including the various restrictions put in place by various countries.

“The logistics industry also suffers from lack of truck drivers but we have good partners who have been able to provide road feeder service for us in a steady fashion,” he adds.

“With modern tools and processes in place we are pleased to offer our customers safe and smooth transit traffic through the Nordics.”

Cargo demand has continued to improve in January and February.

“Our new Stockholm Arlanda hub was very well received by customers and in January 2021 we were the biggest air cargo carrier in Sweden, according to IATA statistics.”

He adds: “In times like these collaboration between the parties involved in supply chains is critical. The same goes for acting quickly and looking for solutions as early as possible since capacities are limited and the rising energy costs create new situations for the logistics.”

DSV’s Nielsen says that the company has seen high demand both to and from the Nordic region over recent months and this trend is expected to continue.

“The Nordic region is doing well. Both Sweden, Norway and Denmark have been and are doing very well,” says Nielsen.

“There is a big salmon export out of Norway and a lot of industrial goods out of Sweden and Denmark.”

From a freight forwarder’s perspective, finding air cargo capacity is a challenge, but Nielsen says the company has a good dialogue with both customers and airlines.

DSV also has access to a full and part-charter network operated via Luxembourg and Belgium.

On the commodities exported by air, Mellink said that fresh fish exports – in particular salmon from Norway – are becoming increasingly important.

The continued success story of Norwegian salmon exports has also resulted in the restart of a project to build a seafood terminal at Oslo Airport.

Earlier this year, Oslo Seafood & Cargo Center (OSCC) agreed a deal with Oslo airport operator Avinor to operate the facility which is due to open in the second half of 2023.

The new cooled facility will have airside and roadside access and will measure 4,200 sq m. The direct airside access and temperature controlled environment will help reduce the amount of ice used to keep produce cool which will help reduce the environmental footprint per kilo of seafood transported, says Martin Langaas, Avinor’s airfreight manager.

It is not the first time a seafood terminal has been under development at the airport; in 2019, handler Worldwide Flight Services (WFS) and Avinor terminated a deal for the construction and operation of a seafood terminal.

Investing in the Nordics

Other companies in the Nordic region are also investing in air cargo. Copenhagen-headquartered shipping giant AP Moller Maersk plans to launch its own cargo airline next year.

The new carrier will use Billund Airport as its main hub and on the back of the development, the airport says it hopes to double airfreight volumes to 160,000 tonnes per year by 2040.

As part of the growth efforts, the airport is partnering with Danish pension company PensionDanmark on the development of infrastructure such as hangars and logistics facilities.

In February, Bluebird Nordic took delivery of a second B737-800 Boeing Converted Freighter (BCF) from AviaAM and the company plans to add widebody capacity through the lease of three B777 freighters that are due to undergo conversion in 2024.

Air cargo companies in the Nordic region are also investing in digital technology as they look to create efficiencies.

Wildtgrube says that Finnair’s online booking portal is now available in 22 countries and its use in Asia is continuing to be ramped up. The airline also offers its capacity on third-party portals. 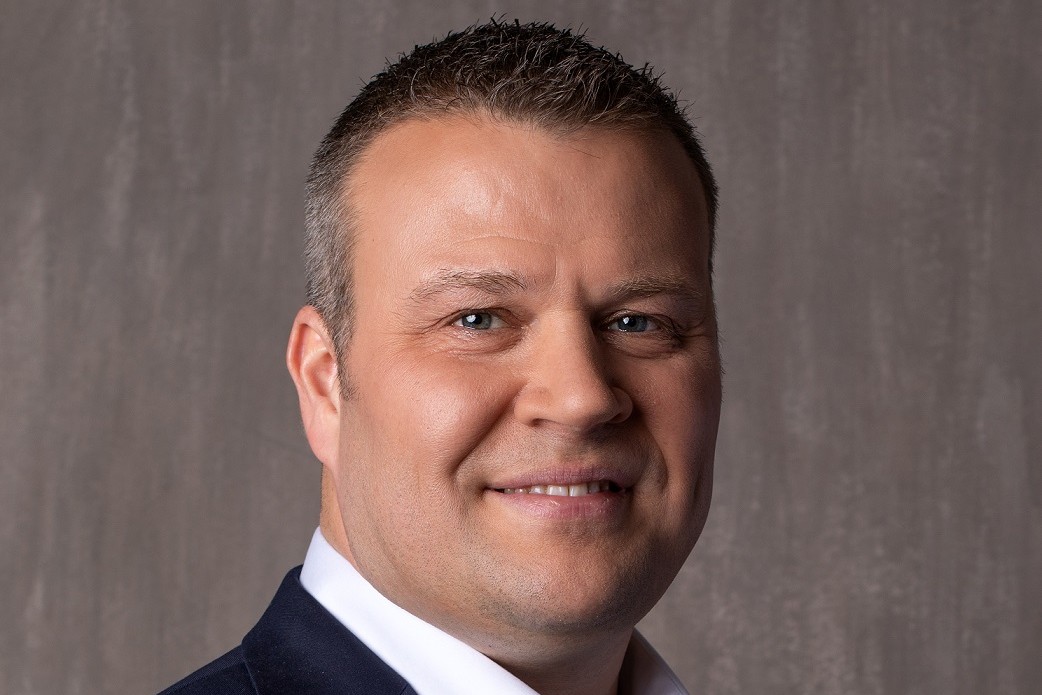 He adds that Finnair has been at the forefront of pushing IATA’s ONE Record project, which aims to centralise shipment data to improve access across the supply chain.

“Digital tools contribute to improved communication capabilities, which can create benefit for the business and also the environment around us,” says Wildtgrube.

“Beyond the removal of paperwork (i.e. physical AWBs and other documents) from the supply chain, digitalisation can improve the collaboration between the parties across the value chain and support the avoidance of supply chain disruption as well as unwise usage of resources.”

SAS Cargo recently rolled out Unisys’ Cargo Portal, which features dynamic pricing for cargo, and enables e-bookings and tracking for its customers in over 100 countries.

“We are heavily investing in digital solutions, to find solutions that build a competitive advantage – how can we use tools and capabilities to help our customers and by doing so take a strong market position?” he asks.

Knagge adds that data can also improve operational efficiency, for example by making sure aircraft are used in the most efficient way.

The environment is another areas of focus for companies in the Nordic air cargo sector.

Knagge says that the company has been investing in more efficient aircraft and the use of sustainable aviation fuel (SAF).

The company has also launched a partnership with Airbus to explore the development of electric aircraft.

“Sustainable aviation fuel (SAF) is beginning to be of interest to more and more customers, and we are creating solutions to cater for such requests. Naturally we also continue our internal sustainability efforts, also in terms of circular economy actions.”

When will air cargo’s supply-demand balance return to pre-Covid levels?