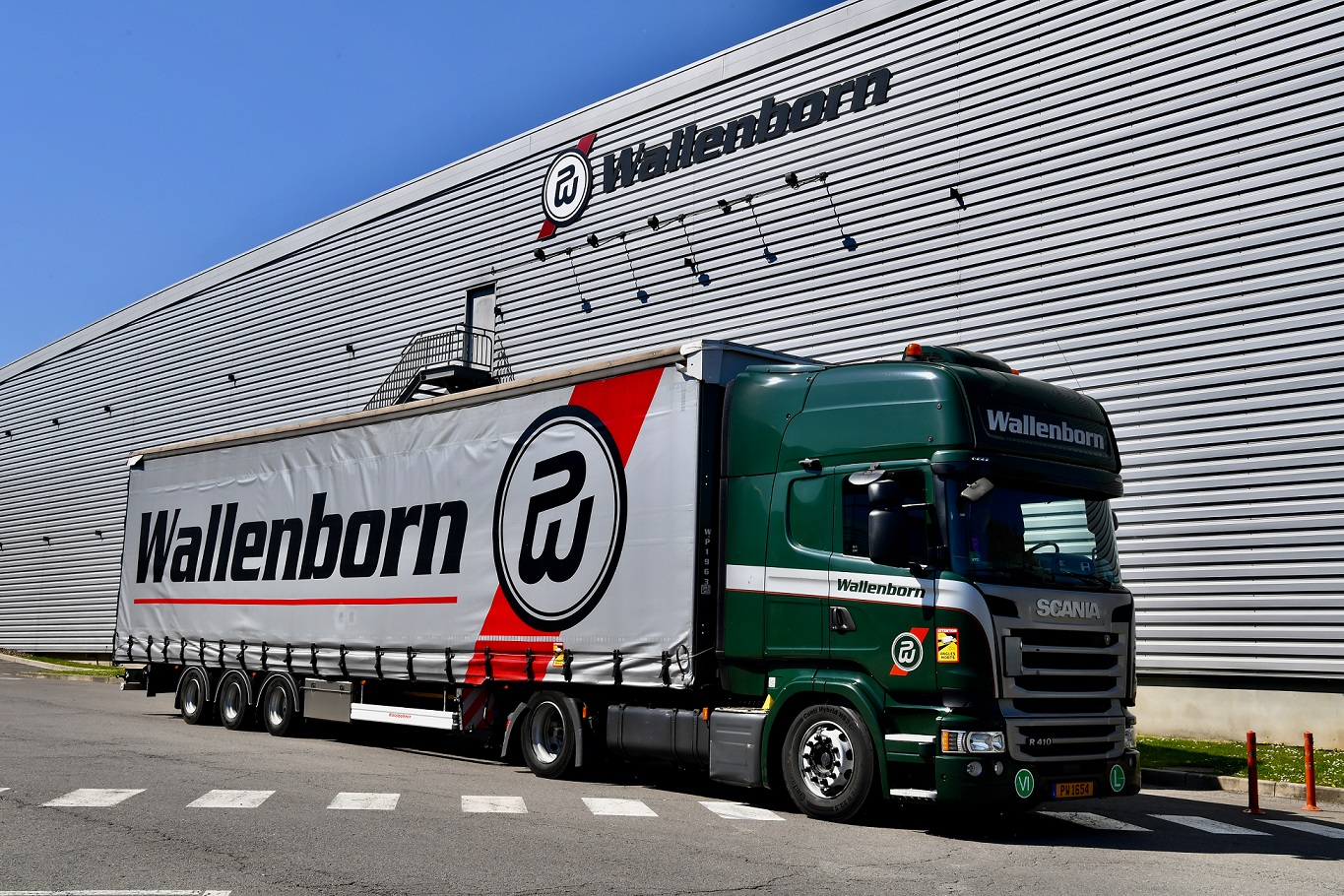 Demand for Road feeder services (RFS) is increasing in a competitive air cargo landscape though there’s a long road ahead on which to tackle capacity and driver challenges.

Wallenborn is still grappling with the impact of the pandemic, but its RFS business, which comprises 56% of its overall business, is steadily gaining ground.

The company’s RFS air cargo volumes in the first five months of 2022 were down approximately 5% compared with the same period in 2021, says Jason Breakwell, commercial director at Wallenborn. In comparison, 2021’s volumes were up 15% on 2020.

However, France, Germany, Italy, Scandinavia and the UK have performed well as RFS export markets from Europe, he explains.

“Exports from Europe and most of the major export markets are performing really well. There are still limited transport options from Italy, France, Scandinavia and the UK to Asia Pacific and China, which is why there’s higher demand for RFS.

“I don’t think we’re going to see a significant increase this year in passenger flights from those countries to China.

“Whereas there is good connectivity from the Benelux and from Germany to and from China. Consequently, there’s less demand for export RFS from those countries.”

Although flights are slow to come back to parts of Asia Pacific because of Covid restrictions, RFS demand is being driven by more transatlantic passenger flights, especially to and from the Middle East, and to and from the UK, says Breakwell.

He adds: “There’s probably more transatlantic flights to the UK this year than there were pre-pandemic so that’s driving demand for RFS in and out of London.”

Wallenborn has a fleet of more than 900 vehicles and plans to increase this number by 10% this year.

The company completed its acquisition of Frankfurt-based VIP Truck this year. “We’ll be increasing our capacity and also the routes that we operate in Germany,” says Breakwell.

“We’re also going to be increasing capacity in Italy, because the market’s performing really well. We expect that to be sustained. This is partly because there’s less air capacity in and out of Italy, so there’s more demand for RFS. We’re also growing in the Middle East.”

Growth plans are also in place for Jan de Rijk. Stephan Pieters, commercial director Jan de Rijk Logistics, explains: “We’re mainly looking at Turkey for both intermodal and road feeder services. Since last year we have also focused on increasing capacity between the Netherlands and Spain to develop and gain more stability and become a more reliable partner on these routes.”

Jan de Rijk expects a return of seasonal trends with a strong RFS market volume, especially in the e-commerce sector. The company has recorded a 30% increase in international e-commerce over the past two years.

David Smorenburg, business development manager at Jan de Rijk, says the company believes e-commerce growth will slow over the rest of the year, though it will remain an important part of development plans.

In comparison to Walleborn and Jan de Rijk, RFS forms a small part of dnata’s business, albeit an important one.

The majority of dnata’s RFS activities are centred on the UK, but it also has an RFS product out of Amsterdam that is outsourced to different companies and distributed throughout Europe.

Stewart Angus, dnata’s regional chief executive for Europe, explains that RFS is not so much a standalone product, but a holistic part of a “one-stop shop” service.

“Our fleet consists of 12 trucks and trailers in the UK. And at any one time, we operate an additional dozen vehicles through our partners across the continent,” he says.

Like Jan de Rijk and Wallenborn, in recent years e-commerce has also been a growth industry for dnata. 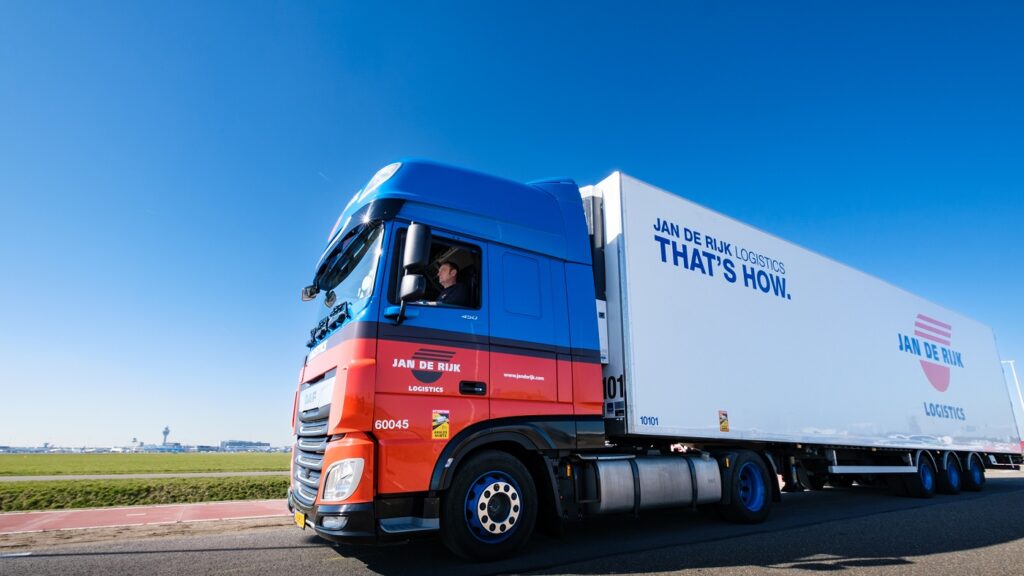 Jan de Rijk has seen an increase in the number of airports dealing with air cargo and RFS. Copyright: Jan de Rijk

The return of belly capacity has brought with it a renewed need for RFS, but there’s now also a new breed of smaller airports in Europe that have taken on air cargo operations and RFS services.

During the pandemic, the majority of the UK’s air cargo volumes were flown into London Heathrow Airport where most of the forwarders are located, reducing the need for RFS, says Angus.

“Over the last six months, as passenger flights have come back, airfreight is being rerouted back onto bellies flying into regional airports such as Newcastle or Glasgow or Birmingham,” he explains.

Breakwell points out that despite a “fragmented distribution network” that means RFS trucks are travelling for longer distances, there is a clear positive outcome.

He says: “What we’re seeing now is a more resilient landscape in Europe because more airports have embraced cargo. Even though passenger flights are returning we are still seeing an increase in demand from airlines that want to fly to these other airports.”

Freighter aircraft are not flying to major hubs as much, says Breakwell. “They’re flying to places like Cologne, Copenhagen, Maastricht, Munich and Milan. There is a big role for RFS to play because we’re having to connect these other airports to the major hubs where the forwarders are located.”

He adds: “Pre-pandemic, at least four of the top seven European cargo airports were moving away from cargo, towards passengers, because of capacity constraints in terms of slots, real estate and environmental factors, as we’ve seen in airports like Schiphol.”

Smorenburg comments: “Airports like Liege were moving cargo before the pandemic, but during the pandemic they experienced massive growth. Plus, airports such as Munich, Leipzeg and Budapest, perhaps even Paris Vatry, became part of our network.”

As well as the increase in the number of RFS stakeholders, the Shanghai lockdown, ongoing oceanfreight congestion and rising costs are simultaneously putting pressure on RFS.

Breakwell says: “Demand for export RFS is very high, but the overall reduction that we’ve seen, was caused by the lockdowns in China.”

Volumes from Hong Kong increased again in May, followed by a “big increase” in volumes from Shanghai in the latter part of May and early June, says Breakwell, however, his outlook beyond summer isn’t positive.

“We’re going to see the impacts of inflation. That’s going to affect discretionary spending. Consumers will be buying less and that will affect airfreight from Asia.”

Smorenburg says: “We do think there will be a massive surge of freight coming from China towards Europe by air and sea freight and demand for RFS to distribute this within Europe once localised lockdowns have ended.”

Pieters adds: “I believe demand will stay very high. Capacity is the biggest constraint in the market now and for the foreseeable future.”

“Those two become blurred,” Angus says. “In the past, there was a lot of cargo being airfreighted into northern Europe and then trucked across the Channel Tunnel. Now that trucking is proving expensive and difficult to predict, a lot of air cargo is being flown straight into the UK.”

Jan de Rijk had to reduce the number of trucks it operated into the UK during the pandemic due to capacity reduction at Heathrow, but it has since seen a strong increase in UK-Europe demand and is now looking for alternatives to meet demand out of the UK to mainland Europe.

However, Pieters says: “Due to Brexit, some used subcontractors are not willing to make the crossing due to increased workloads and bureaucracy. That makes it more challenging to find the capacity in the market.”

“We’ve had to introduce fuel surcharges,” said Angus. “If you have an 80% increase in your biggest cost line you can’t absorb that – you’d be out of business.”

Breakwell said: “The retail price of diesel in the EU is 30% higher today than it was at the beginning of this year. And it’s 45% higher than it was a year ago, which means the fuel is now approaching 35% of our total cost now. Pre-pandemic it was around about 25%.”

A volatile worldwide economy with rising industry costs means that inflation and its risk to air cargo investment is the biggest concern for dnata currently.

“The main economic government response to inflation is interest rates going up,” says Angus. “The economic fallout of high interest rates is potentially very severe. If you start to get inflation at the same time as an interest-rates induced recession that brings back stagflation.”

Adding another pressure point to RFS is the EU Mobility package which has resulted in less time for RFS operations, but more fuel costs.

An HGV used for international transport must return to the transport company’s operational base in the country in which a truck is registered every eight weeks.

As of February, trucks have had to return to one of the operational centres in the EU Member State of establishment of the transport company they belong to every eight weeks, while drivers have to return to base every four weeks.

However, Breakwell explains: “Many trucks that operate in Western Europe are actually based in eastern Europe. So, every eight weeks they are spending a week being driven to and from the base. It’s taking about 12% of capacity out of the market.”

Staff attraction and retention remains a major issue as RFS faces a shortage of truck drivers. Brexit in 2016 saw many EU workers leave the UK, while at the start of the pandemic many RFS drivers returned home to their respective countries.

Angus says: “We made a deliberate point of limiting redundancies. I think that’s really helped us in the recovery phase. We were also the first in our sector to give a strong pay award at the end of last year.”

Capacity linked to driver shortages is a major concern for Jan de Rijk. The company recently opened a new facility near Frankfurt Airport for drivers and office staff.

Smorenburg says: It’s all about keeping the current drivers we have by offering good salaries, proper equipment and a good resting area with clean showers and toilets.”

Other possibilities being considered include offering jobs to retired drivers, using vehicles with more capacity, supporting existing staff to get a truck driving licence, and attracting both more women drivers and more drivers from outside Europe.

Jan de Rijk says another reason it has seen gaps in its roster is because Ukrainian drivers in its RFS and fixed charter fleet have returned to the Ukraine following the start of the Ukraine-Russia war.

“Jan de Rijk will do its outmost to support colleagues form the Ukraine and their close families,” says Smorenburg.

The company adds that the wage increases across Europe encompassed in the EU Mobility package has also meant some drivers in eastern Europe have chosen not to travel to western Europe anymore.

Wallenborn also aims to improve the working conditions and treatment of truck drivers with cleaner, more affordable, safe and secure roadside facilities with access to healthy food and shower facilities.

However, Breakwell would like to see airports collaborating more to invest in driver facilities more akin to the standards of airport lounges.

“Cargo massively contributed to the survival of airports over the last couple of years. And I think if we’re going to retain and attract a more diverse workforce, our industry needs to demonstrate it appreciates them,” says Breakwell.

CargoHub has provided a Collaborative Decision Making (CDM) platform, which provides transparent and predictable information on truck movements to handling agents and/or airlines and provides capacity and cargo availability information to trucking companies to minimise loading and unloading times.

With the creation of the data model to enable communication between the trucking CDM platform and the airlines, stakeholders can plan and monitor the transportation status of their shipments combined with all related truck movement information, whether messaging or API technology is being used.

“Cargo iQ is setting the milestone requirements for status updates, indicating which messages the trucking companies have to send, and CargoHub will standardize the content of the messages by ‘translating’ it for the airlines,” said Lothar Moehle, executive director, Cargo iQ.

Forwarder Focus: Looking ahead to a more positive 2023