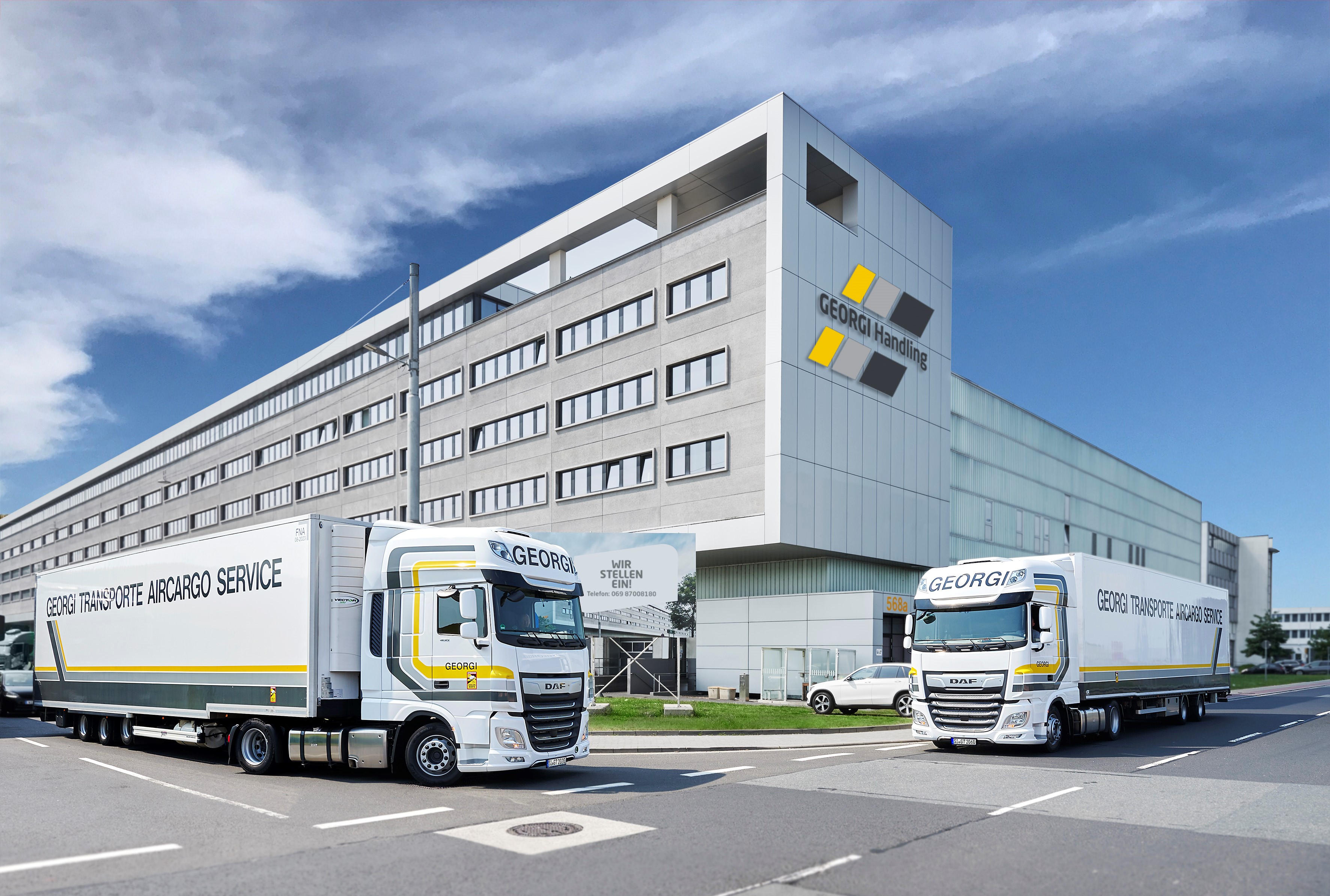 The road feeder services (RFS) industry in Europe has been under increasing pressure over the last year – but it’s putting measures in place to continue serving growing demand.

The growing strain on the RFS sector over the last year is a knock-on effect from increased global air cargo volumes.

The slow return of passenger services and therefore bellyhold capacity, as well as a shortage of drivers in the UK are just some of the factors adding to the pressure.

Jason Breakwell, commercial director at Wallenborn, says that airlines usually try to fly cargo as close to the destination market as possible.

However, the grounding of many passenger flights has resulted in airfreight being concentrated at fewer airports.

Between these hubs, trucks are having to drive longer distances.

“Trucks are spending longer driving and there are longer dwell times when loading and unloading,” says Breakwell.

“Countries that were previously very dependent on bellyhold capacity, such as France, the UK and Scandanavia, they initially lost 80% to 90% of belly capacity and it’s not all come back.

“That’s why we’ve seen increased airfreight operations at the largest trade hubs in Europe, especially those that reacted quickly to the crisis and welcomed charter flights. Those are the hubs that have been busy.”

Christian Georgi, sales director at Germany-headquartered Georgi Transporte, has also noticed a shift in cargo volumes and freight operations to airports like Cologne and Leipzig/Halle.

And he has observed an increasing number of freight forwarders and e-commerce specialists operating air cargo charter flights to these hubs.

He says: “The pandemic initially started with a decline in demand for RFS, caused by the reduction in capacity [from passenger services], but shortly after that, demand heavily and consistently increased. This year, we’ve not faced any seasonality”.

He says: “Our cargo volumes have been rising, indeed even during the last three months. I think the attractiveness of the airport for the markets we’re playing in are pushing more and more players in the direction of Liege.

“Demand at Liege is 45% higher than 12 months ago. It’s still pretty significant.” 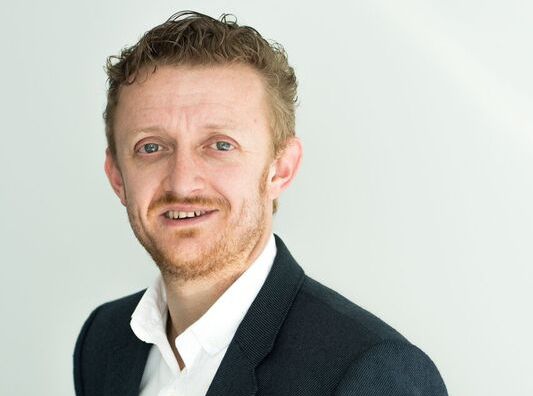 On the driver shortage, Wallenborn’s Breakwell says it’s affecting the UK in particular “partly because of Bexit, but mostly because of Covid”.

He explains: “A lot of drivers who are European Union (EU) citizens have returned to their home countries and some of them have not returned.”

He adds that there has been a gradual build-up to the shortage: “The average age of truck drivers has been going up and it’s no longer a career that younger people are getting into.”

Breakwell’s observations are supported by statistics. According to the UK Road Haulage Association, since the start of 2021, more than 15,000 EU drivers have returned to work in their home countries.

Additionally, the average age of drivers in the haulage industry is around 55, and many are looking at “taking easier work or leaving the sector to retire”.

The association estimates that there will be a shortfall of 60,000 to 70,000 truck drivers in the UK by the end of this year.

JJX Logisitcs’ chief executive and founder John Donovan says the driver shortage is negatively affecting his business and “more planning is required” to manage routes for the company’s fleet of 45 vehicles.

While safety for drivers is of the utmost importance, Breakwell says that Covid safety measures can be time-consuming.

He says that since the start of the pandemic – measures such as PPE and social distancing where possible – have been implemented to protect Wallenborn’s front line drivers.

In recent months, drivers – depending on their routes and destinations – have to take lateral flow tests to prevent the spread of the disease.

Currently, truck drivers entering the UK do not have to take a lateral flow Covid test if they are in the country for two days or less. If a test is required, failure to show the negative results can result in a fine of up to £2,000.

“Transport employees are normally exempt from movement restrictions, but from time to time, different EU members have introduced measures,” Breakwell says. “For example, drivers need to have a negative lateral flow test in order to enter the Netherlands. There are similar measures to enter France and Germany.”

“So we have to keep up with what drivers have been tested and can prove that they have had negative Covid test results.”

Another factor that threatened to put even more pressure on RFS in the UK in recent weeks was the country’s so-called ‘ping-demic’ – a reference to people receiving a ‘ping’ from the country’s National Health Service app, informing people that they should isolate.

The UK government has since issued a list of job types – including freight workers – that are exempt from isolation once they have received a negative result from a lateral flow test result.

However, there has been some criticism over the scheme’s limitations.

Selis says a challenge faced by the RFS sector over the last 12 months has been coping with higher cargo volumes.

“What I hear from our operators is that all trucks are full. Finding capacity is often now happening with subcontractors,” he explains.

“Within their own fleets, operators are telling us that they’re using their fleets to the maximum, so all additional demands have to be found on the spot market or with their scheduled sub-contractors.” 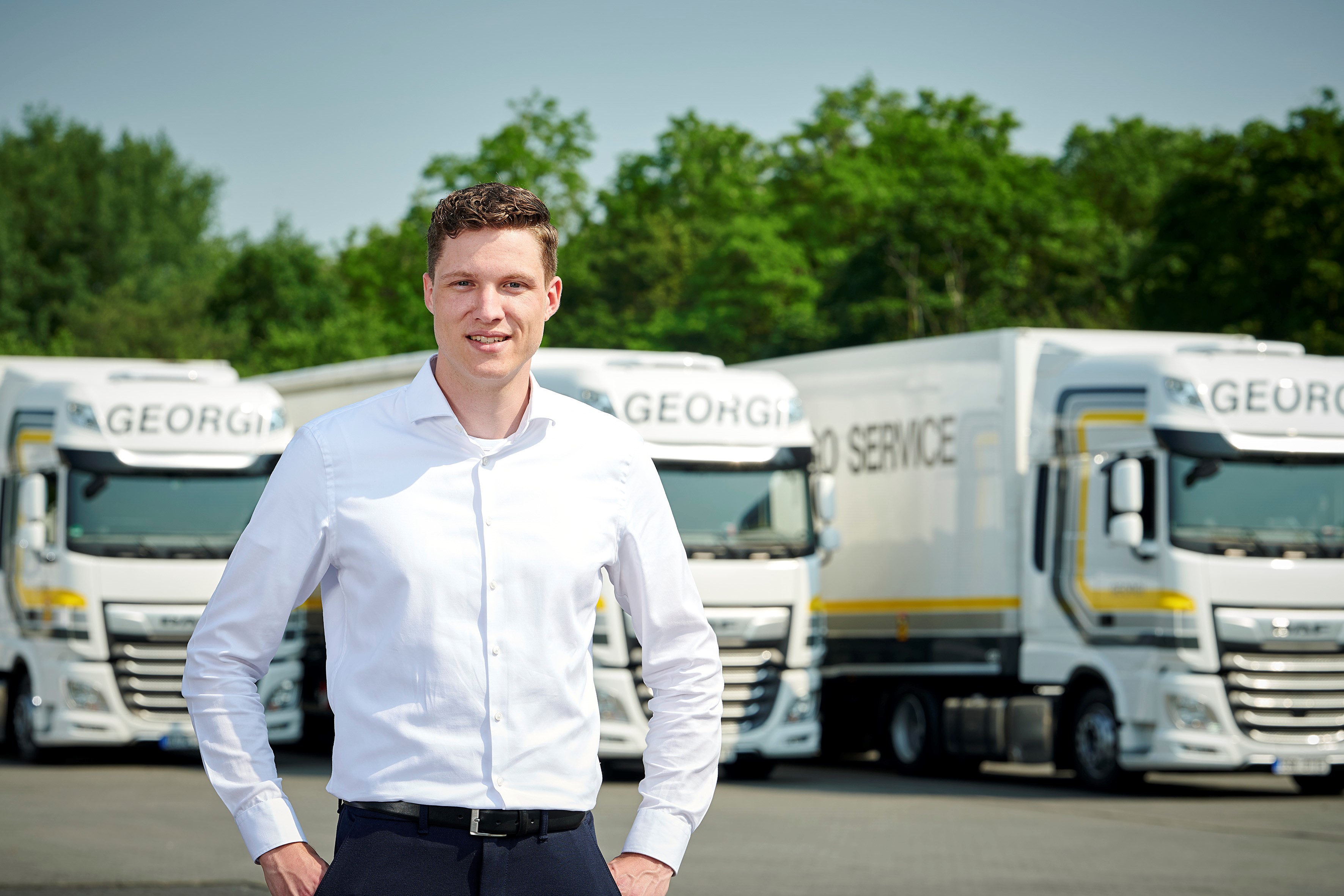 Georgi agrees: “Volumes have massively increased over the last three months. In fact, they’ve been increasing for us since mid-2020,” he says.

“I think this is due to really strong demand for e-commerce goods – an effect of the pandemic. Due to this, we’re still facing massive wait times all over Europe,” he says.

“Currently, we’re also dealing with an imbalance between cargo going into and coming out of the UK because of Brexit.”

The lack of digitalisation across the industry is also a hindrance, he says.

In response to these issues, Georgi Transporte has implemented a digital “one-stop shop” for its logistics operations in Frankfurt, which facilitates its customers’ goods across “the whole supply chain”.

“It consists of tracking, monitoring for handling and customs processes, and it can easily align the timings of goods transported, which can help to minimise wait times and costs for our customers,” Georgi says.

“Having this tool on our hands really makes a difference.”

Similarly, Liege Airport is rolling out a slot booking system for RFS drivers and ground handlers to reduce trucks’ time spent at the airport.

Selis says: “It’s being used by two ground handling companies and there are three others to follow. The tool is having a positive impact on the waiting times that were previously accumulating.”

The hub is also expanding its parking area for trucks.

“Last year we already opened one parking for trailers and trucks, but we’re developing another one to cope with the rise in volumes and the number of trucking operations that we have,” says Selis.

On capacity, Breakwell says: “There’s not enough trucks in the market at the moment.”

“The TMM [Transport Market Monitor], which measures capacity and pricing in road freight markets, shows that capacity is at its lowest in three years.”

“We’ve had to increase capacity on longer distances, especially across Scandinavia, and to and from Italy, and from the UK, because belly capacity just isn’t there. With all those flights gone, we’ve been feeding those markets with our truck capacity.”

He adds: “There’s growing pressure – and I say, rightly so – from investors and customers who want to know what companies are doing to address their carbon footprint and what they are doing to reach carbon neutrality.

“We as a business operate assets, so it will be difficult for us to develop an emission-free fleet by 2030. This is because of available technology – although its development is moving very quickly.”

For now, in order to operate more sustainably and to meet capacity demand, Wallenborn is loading and operating its fleet of 950 vehicles – plus “between 15% and 20% of outsourced vehicles” to add capacity – more smartly. 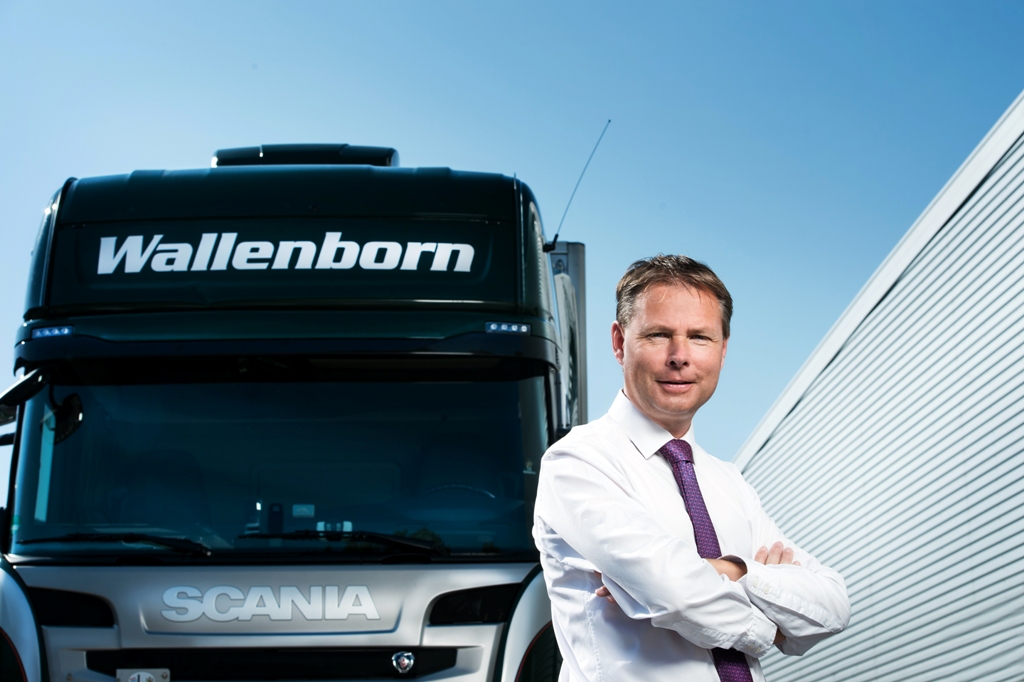 Breakwell says: “Most of the vehicles we have are specialised compared with most other trucks. They’re designed to carry cargo up to 3 m high, so they have a capacity of 100 cu m. We call them ‘mega trucks’.

“They enable us to move a lot more freight with a similar emission profile, so they reduce our carbon footprint significantly.”

Additionally, Wallenborn’s pharma trucks have two temperature-controlled zones (2 to 8 degrees Celsius and 15 to 25 degrees Celsius), further helping the company to reduce its footprint when transporting goods with different temperature requirements.

Over the next five years, Georgi believes digital tools across the RFS industry will become more commonplace.

“I think we will become a fully connected and fully digitised industry, which will provide full transparency for all customers and stakeholders,” he says.

Breakwell agrees: “What we really need is more real-time tracking and predictive technology.”

He further explains: “Historically, the airfreight industry has focused on milestones, which is important because that’s how you manage quality.

“But milestones indicate where the last point where the shipment was, or where it was recorded, which is not necessarily where it is now.

“They doesn’t always give an indication of when the shipment is going to arrive as long, especially on the ground.

“This type of technology is something that Wallenborn has invested in. So, now our customers can see where the shipment is, what the temperature is if a perishable cargo – and we’re able to give them dynamic estimated arrival times, so that they can manage their customers’ expectations and plan their operations accordingly.”

Breakwell adds: “There needs to be much more focus on collaboration and engagement – especially public-private engagement – in the area of sustainability.”

Selis envisions that cargo demand for RFS will continue to increase – and digitalisation will help RFS operators to manage these higher volumes.

“RFS operators will become more and more connected, so that their systems, routes and navigation systems are linked to the systems of the destination where they need to go,” he says.

“That will facilitate more transparency and more predictability, which will have a large, positive impact on the efficiency of RFS.”