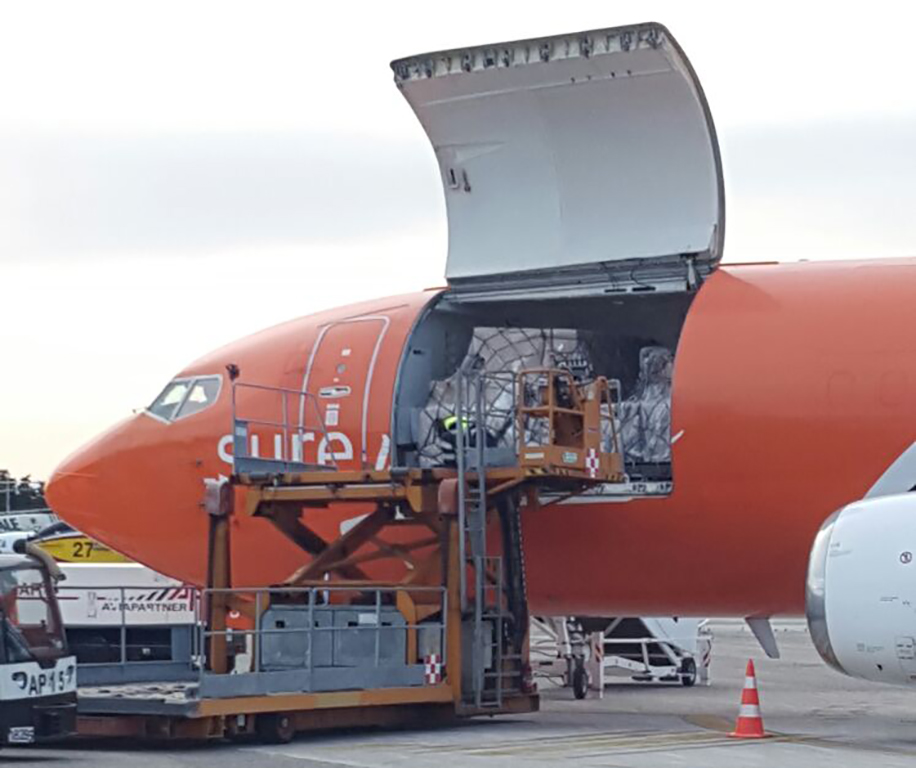 Air Partner, the London Gatwick-based aviation service provider, has undertaken a number of charters in support of this year’s Giro d’Italia bike race.
The broker’s Freight division organised the transportation of the cycling teams’ bikes and equipment from the sites of the first stage of the race to its second, working on behalf of the race’s official travel agency, BCD Travel.
Because of the lack of suitable equipment to unload the equipment at the destination airport of Lamezia Terme, a gateway in the Calabrian region of southern Italy where the second phase of the race took place, Air Partner chartered two smaller B737-400 freighters from TNT Airways as opposed to a single wide-body aircraft.
The departure of the more than 20 vehicles flown to Italy was carefully timed such that each lorry left the cargo ramp at Amsterdam Airport Schipol (the first part of the Giro d’Italia was actually held in the Netherlands) at a different, specific time.
On arrival, the different team vehicles were called up from the parking area, one by one, to collect their respective teams’ cargo.
Furthermore, Air Partner also turned to two different carriers, Flyniki and Thomas Cook, to fly a total of 610 passengers – cyclists, event management and organisers as well as members of the press – from Amsterdam to Lamezia Terme.
Markus Rippel, a freight charter broker in Germany for Air Partner, commented: “The most important logistical factor in this operation was the coordination of the different team’s cargoes at both the departure and destination airports.
We were careful to ensure that all the kit from each team was kept together and loaded onto the same aircraft pallets wherever possible in order to facilitate smooth offloading at Lamezia airport.”
And Riccardo Becocci from BCD Travel observed: “Ensuring that all the right equipment reached the right teams was no mean feat but Air Partner carried off the logistics without a hitch, helping us manage a stress-free and efficient travelling and staying experience for all our passengers.”