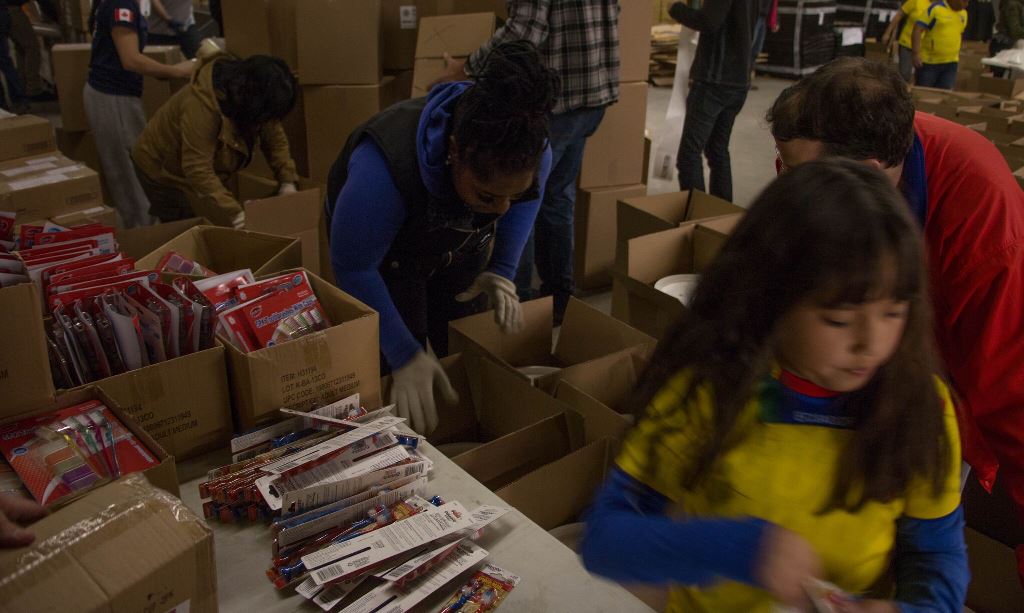 American Airlines Cargo has shipped more than 20 pallets of water purification units to families across Ecuador whose lives were devastated when an earthquake hit the region last month.

The 7.8 magnitude earthquake affected local water treatment plants and supply networks, which were severely disrupted in towns such as Manta and Portoviejo.

American Airlines Cargo donated transportation to GlobalMedic, allowing the charity to send 560 Family Emergency Kits (FEK) to Quito from New York (JFK).
The specialist kits contain household water purification units which can provide clean drinking water to a family for up to a year, as well as essential hygiene items such as soap, toothpaste and toothbrushes.

The kits were initially trucked from Toronto, Canada to New York (JFK) by a trucking partner who also donated their services.
At JFK, the kits were loaded onto a Boeing 777 aircraft for onwards carriage through Miami, then to the Ecuadorian capital for distribution to the outlying towns and cities most affected by the quake.

Linda Dreffein, managing director of cargo sales for American Airlines eastern region said: “These kits will protect almost 3,000 individuals’ health, prevent the spread of illness and disease and provide a sense of normality as these families attempt to rebuild their lives. We are proud to have played a part in the safe and speedy arrival of these kits to the heart of the quake zone.”