Anything Stansted can do Leipzig can do better… 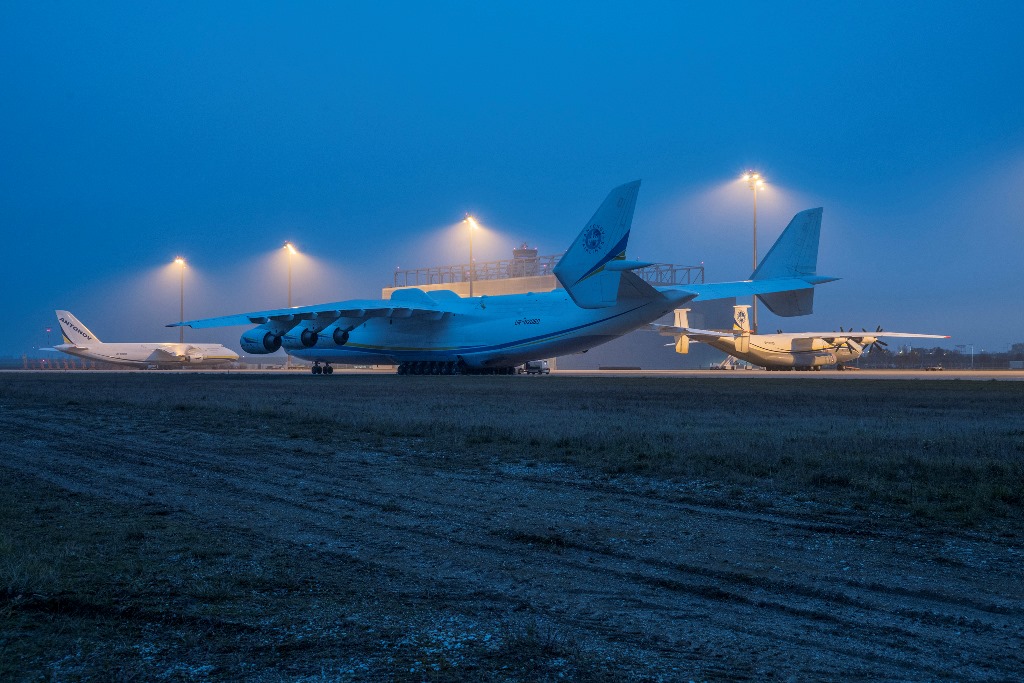 The editorial team regularly receives updates from airports when they handle a special aircraft, or even a new aircraft of a certain type.
Earlier today, for example, Stansted sent us images of a Volga-Dnepr An-124 that arrived at the north London airport over the weekend.
However, Leipzig/Halle Airport completely trumped those images when it sent through news that it had handled an An-124, an An-22 (the world’s biggest propeller aircraft) and to top that off, an An-225 (the world’s largest aircraft) all at the same time.
"The An-225 was completing a freight charter flight from Chile. This was the 22nd time that this aircraft had visited our airport – making it a more frequent visitor than at any other European airport," the airport said
"The An-22 is at Leipzig/Halle for maintenance work. An-124 planes are permanently based at the airport anyway."