De Boer helps out at Brooklands 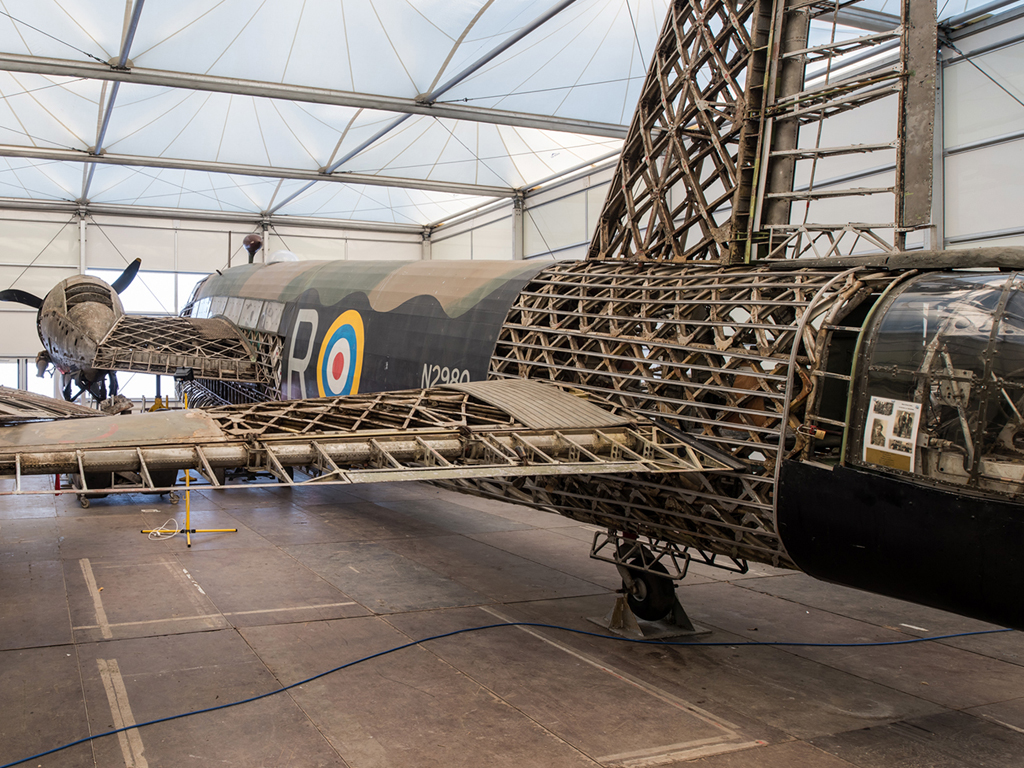 De Boer, a specialist in the provision of semi-permanent structures for events and other temporary purposes, recently delivered two bespoke temporary hangars for the UK’s Brooklands Museum.
Forming part of its ‘Re-engineering Brooklands’ project, which represents the largest ever development of the site, is the refurbishment and relocation of its World War II Bellman Hangar – home to the museum’s Vickers Wellington and replica Vimy bombers.
Whilst the Bellman Hangar is being restored, the temporary De Boer hangars will provide 800 square metres of exhibition space, designed especially for these exhibits.
The replica Vimy is being shown off in a De Boer Induro hangar – the first time that the Induro has been used in the UK.
Usually used for industrial purposes, the Induro has an especially tall 6 metre apex. The aircraft will be stored in this hangar for the next three years.
De Boer modified the structure to include insulated wall panels and air blown roof sails, eliminating condensation and creating a controlled environment to ensure that the fabric-clad Vimy is well-preserved.
It was also part of the brief that the Vimy can be easily removed from its new hangar for the purposes of essential maintenance and periodic ‘engine runs’ – a popular visitor attraction.
The Vimy’s Induro therefore includes an adapted door that uses a heavy PVC fabric curtain, 20 metres wide and 6.5 metres tall, which can be electrically raised to allow easy access to the exhibit.
The aircraft will be stored in this hangar for the next three years.
Looking after the Wellington
The Bellman Hanger has also been home to one of only two surviving WWII Vickers Wellington bombers.
For a temporary home, a team of ten De Boer staff constructed a 15 by 25 metre by 25 Delta structure over four days. Once the structure was in place, the Wellington was gently moved from its current position to its new location – the first time the aircraft had been moved in more than 30 years.
With the Wellington safely positioned in the Delta hangar, the De Boer team finished installing the outer cladding and completed the Delta’s gable ends.
The structure also features a specially reinforced floor to withstand the weight of the 8-tonne aircraft.
Brooklands Museum director and chief executive, Allan Winn explained: “Refurbishing the Bellman Hangar is a central part of the ‘Re-engineering Brooklands’ project and ensuring that our important exhibits, particularly the Wellington and the Vimy, had suitable secure temporary homes, was key to the success of our renovation plans.
“The exhibition areas created by the De Boer team have provided fantastic spaces for staff and visitors to admire and marvel at these aviation icons.”
Robert Alvarez, De Boer’s sales director – commercial, observed: “De Boer has a long-standing relationship with the Brooklands Museum site, having built the London Bus Museum building in 2011 which houses the largest private sector collection of London buses in the world.”
Brooklands Museum prides itself on being the ‘Birthplace of British Motorsport & Aviation’. Other exhibits at the site include a Concorde which can be boarded by visitors.