Eliska the Rhino flies home, thanks to DHL 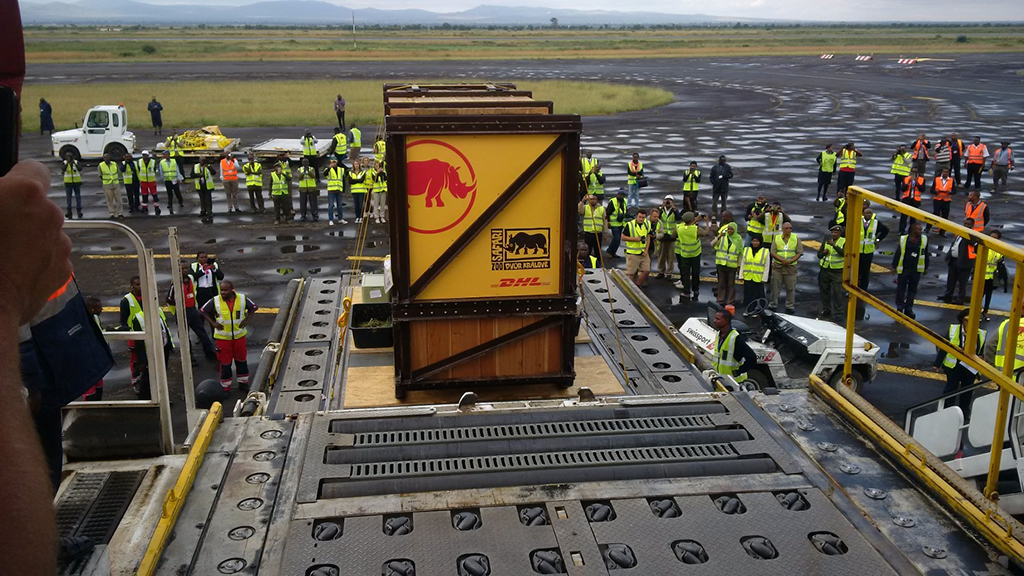 DHL has transported a female eastern black rhino called Eliska from her birthplace in the Czech Republic to her natural homeland in Tanzania.
Three-year-old Eliska, weighing 900 kg, was moved to a natural park in Tanzania as part of an ongoing conservation project run by the George Adamson Wildlife Preservation Trust, aimed at helping endangered animal populations to grow and prosper in their natural habitat.
Eliska’s move was overseen by an international DHL team, comprising around 40 specialists in areas ranging from ground transportation and aviation to customs clearance and certification across more than five countries.
She was transferred from Zoo Dvur Kralove in the Czech Republic, where she was born in 2012, to the main DHL European Hub in Leipzig, Germany.
She was then loaded on to a dedicated 28-ton Boeing 757-200 freighter, specially modified for animal transport, and flown more than 6,500 km directly to Kilimanjaro Airport in Tanzania, from where she was transferred by truck to her new home. 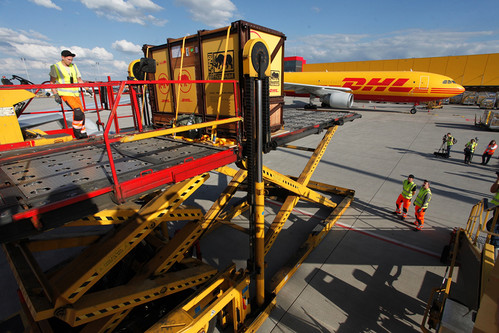 Along the way, she was accompanied and monitored by a team of support staff, including Dr. Pete Morkel, one of the world’s leading black rhino veterinarians. Five containers of food and water supplies were also loaded for the journey.
“The delivery of Eliska to Tanzania continues a proud tradition at DHL Express of supporting international animal conservation efforts,” said Ken Allen, chief executive of DHL Express.
“We were very excited to have the opportunity to transport this beautiful animal home to Africa and to play our part in these critical efforts to help revive endangered Eastern black rhino populations.
“Complex projects like this, where failure is simply not an option, also allow us to showcase the power of the DHL global network and the expertise of our certified international specialists.”

Eliska has a new home