FedEx gets Oliver the otter’s seal of approval 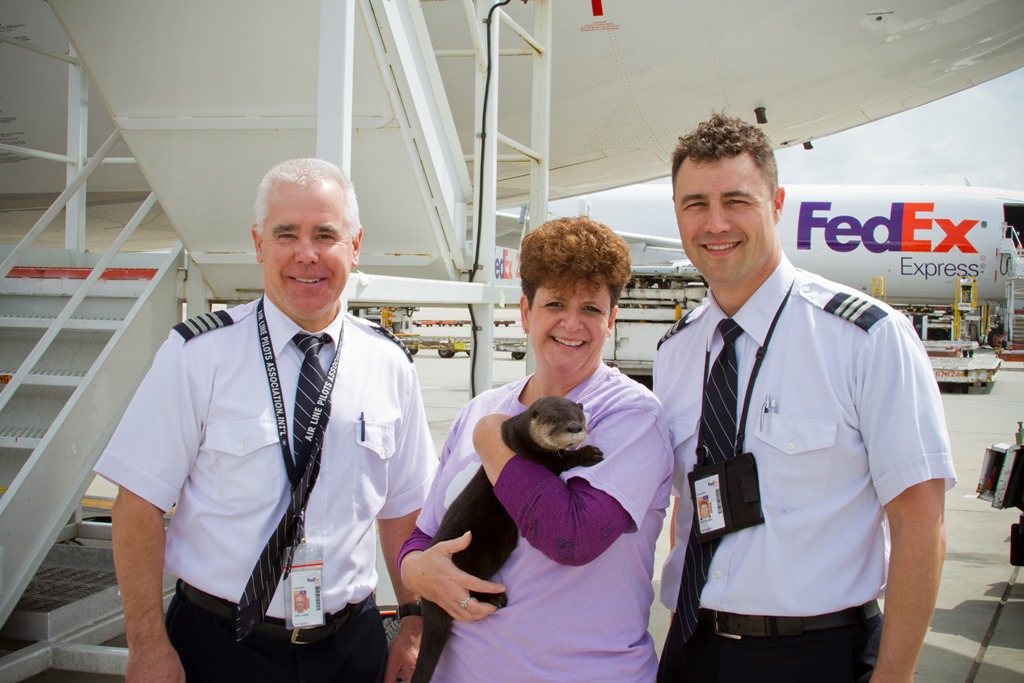 FedEx has helped transport a rescued otter pup named Oliver to a wildlife sanctuary in Denver.
The river otter was found at a gas station in Florida and handed over to Owl’s Nest Sanctuary while a suitable home was found.
Eventually, the Downtown Aquarium in Denver agreed to look after the pup, which had become imprinted on humans, and FedEx agreed to organise his transport.
Oliver was flown from Florida to Memphis, where he had a stopover, and then onto to Denver.
During his transport he was accompanied by a porter and in Memphis he had his own pool and was treated to a shrimp and salmon dinner.
FedEx Services vice president corporate communications Neil Gibson said: “FedEx is pleased to help the Owl’s Nest Sanctuary safely move Oliver from Tampa to his new home at the Downtown Aquarium in Denver.
“This FedEx Cares shipment is part of our ‘Delivering for Good’ initiative to use our network to make important connections in our communities.”