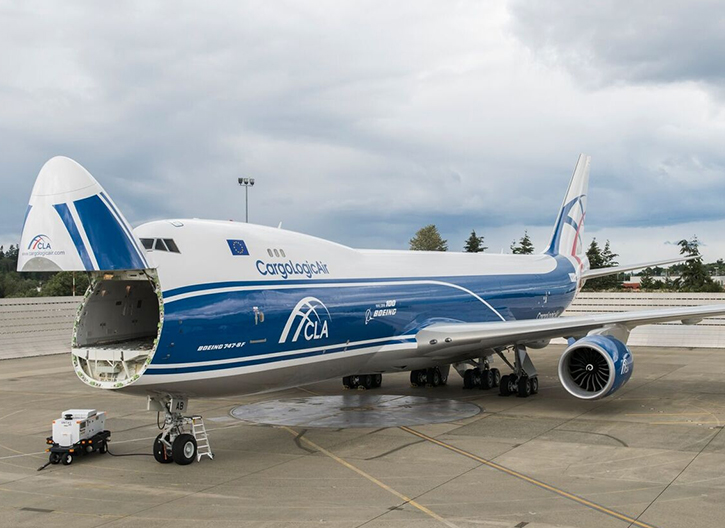 CargoLogicAir flew over 100 tonnes  of roses, carnations and other favourites into London Stansted Airport from Bogota, Colombia, in time for Mother’s Day.
CLA says demand for its charter services has grown since it gained its UK Air Operator Certificate. However, its Boeing 747-8 freighter and 747-400F aircraft generally handle less romantic cargoes such as a 10,400kg aero engine to Toulouse in France or 96 tonnes of adsorbents for an industrial gas plant in Saudi Arabia.
Nevertheless the 747-8F provided the perfect environment for the freshly cut flowers. Its four separate temperature zones ensured the blooms arrived at their destination as fresh as when they were picked.
Mother’s Day actually outstrips Valentine’s Day as the busiest time for the UK flower market,  says CLA, with 30% of the population spending over £200m on gifts.