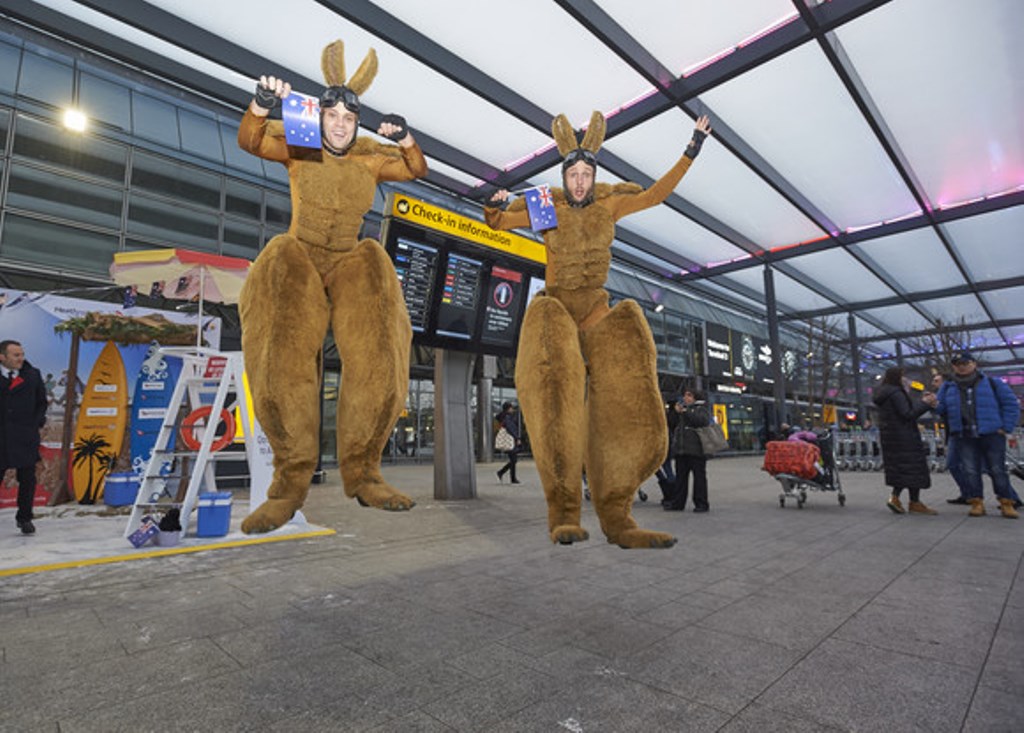 UK airports have jumped at the chance to crow about Australia Day and the upcoming Chinese New Year celebrations for the start of the year of the rooster.
Today has seen the normally conservative UK airport industry loosen its ties and undo its top buttons to join celebrations taking place in the eastern hemisphere.
Spotted at UK airport Heathrow were two men dressed as giant kangaroos, while a Chinese lion was seen prowling around northern rival Manchester.
Heathrow Airport explained that to celebrate Australia Day 2017, which is today if you are wondering, and bring some Aussie sunshine to London, Qantas and Heathrow have installed a pop-up beach at the airport’s Terminal three forecourt.
Travellers visiting the stand will experience a taste of Australia, including sweet treats and entertainment by a live acoustic band playing ‘classic’ Aussie songs by Kylie Minogue and INXS, not forgetting our bouncing friends.
Meanwhile, up the road at Manchester, a Chinese lion was spotted stalking the airport’s corridors ahead of the Chinese New Year celebrations, which start of Saturday. 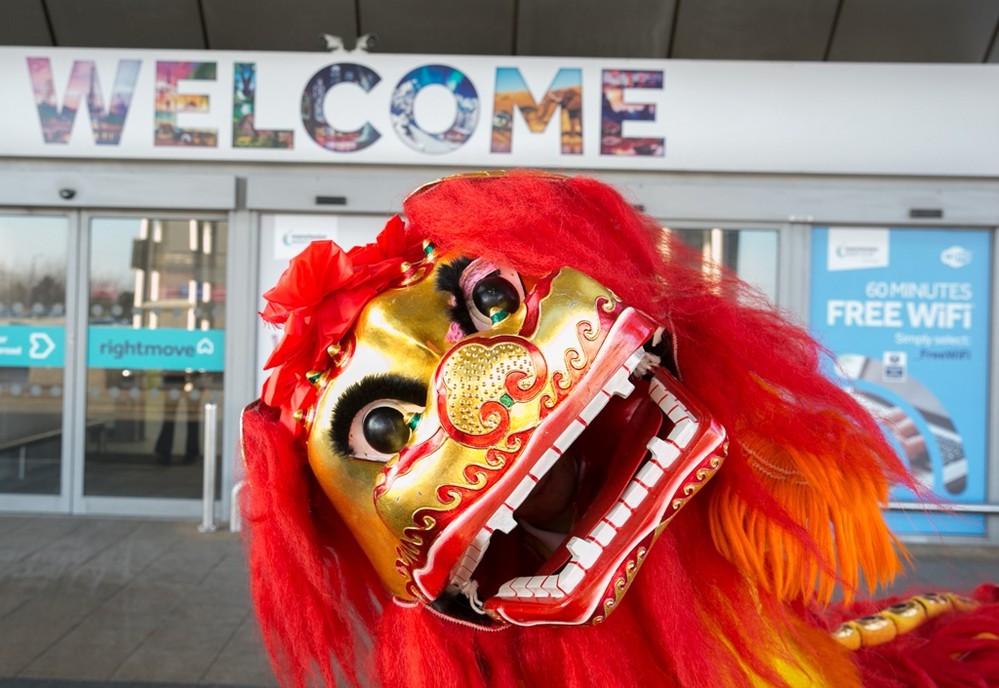 “This week Manchester Airport has got into the Chinese New Year spirit with lots of entertainment and fun in the terminals,” the hub said.
“A lion dance and traditional Chinese dancers entertained passengers while they waited for their flight to Beijing during the celebrations.
“In addition to the entertainment, the airport has decked the terminals out in traditional Chinese lanterns plus there is a host of retail offers available for passengers.”