Heathrow’s third runway, not yet a piece of cake 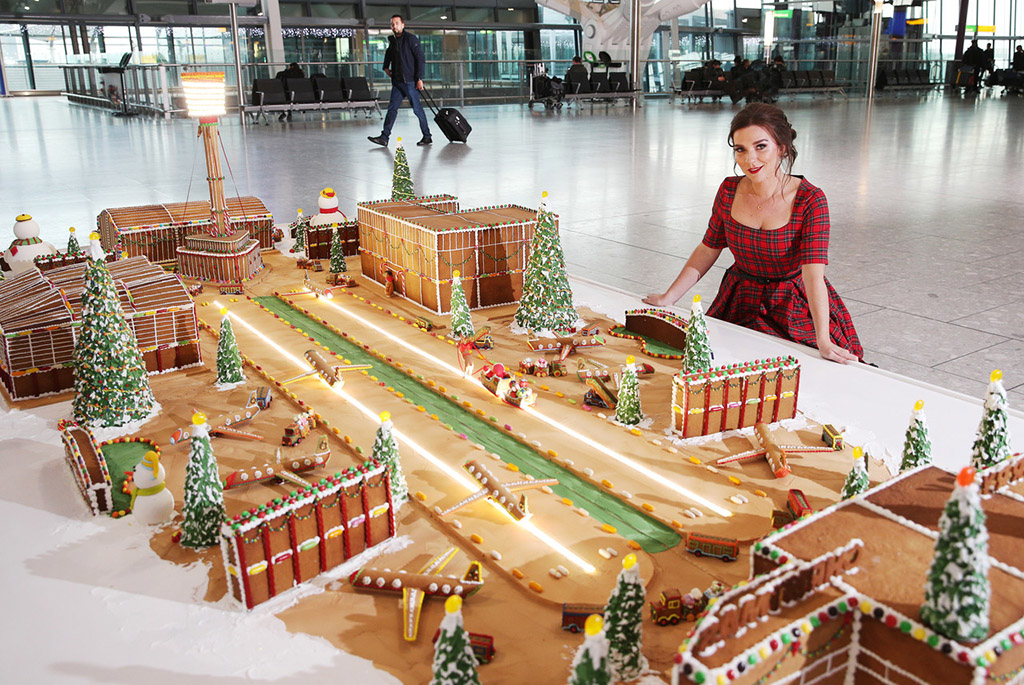 Great British Bake Off 2016 winner Candice Brown and food artist Michele Wibowo unveiled a 50kg gingerbread model of Heathrow airport created to surprise travelling passengers this Christmas.
The hand-made creation required ten people to install, took more than 200 hours to make, features over 1,000 gingerbread pieces and measures 40 sq m.
Using more than 20kg of flour, 30kg of sugar, 20kg of butter and thousands of detailed decorations, the sweet structure was designed, baked and assembled by MWibowo in collaboration with Brown.
The mammoth gingerbread features Heathrow’s four terminals, two runways and the control tower, as well as the stars of Heathrow’s Christmas advert, Doris and Edward Bair.
According to the press release issued by the airport: "New research commissioned by Heathrow shows that one in four Brits (25%) believe that the smell of gingerbread is the main scent that reminds them of the festive season."
A future gingerbread Heathrow will be even bigger when a third runway passes its regulatory hurdles and is commissioned into service in the next decade.
The icing on the cake in fact.