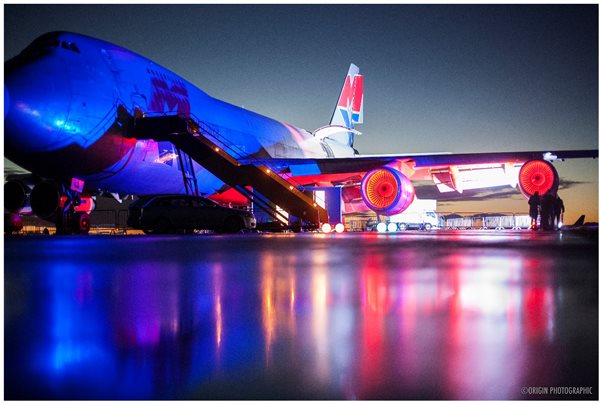 Here’s an idea if Prince Harry and Meghan Markle find that the room above the Dog & Duck in Windsor is booked out for their big day next year – have the ceremony in a Boeing 747.
Cotswold Airport in the heart of the Gloucestershire countryside – formerly known as Kemble Aerodrome – has just been granted a civil wedding licence and is offering what it describes as “the world’s only licenced Boeing 747 party plane” as a venue.
And for anyone who wants their nuptials to have a cargo theme, the Party Plane has an impeccable pedigree. The 38-year-old 747-200 first went into service as Cargolux’s LX-DCV, followed by a career with Flying Tigers, FedEx, Atlas Air and Polar Air Cargo, before ending up with British operator MK Airlines as G-MKGA.
Now a privately-owned airfield, Cotswold frequently hosts celebrities and others flying in and out in luxury private jets and helicopters.
For those who don’t fancy a wedding in a large metal tube, the aerodrome also boasts another exclusive – the world’s only wedding-licensed control tower.
Cotswold Airport group chief executive Suzannah Harvey enthusiastically describes the B747 as: “The ultimate jet setting wedding venue…where the sky is literally the limit”.
Well, not quite. The B747 is decommissioned and keeps all its wheels firmly on the ground before, during and after the ceremony.