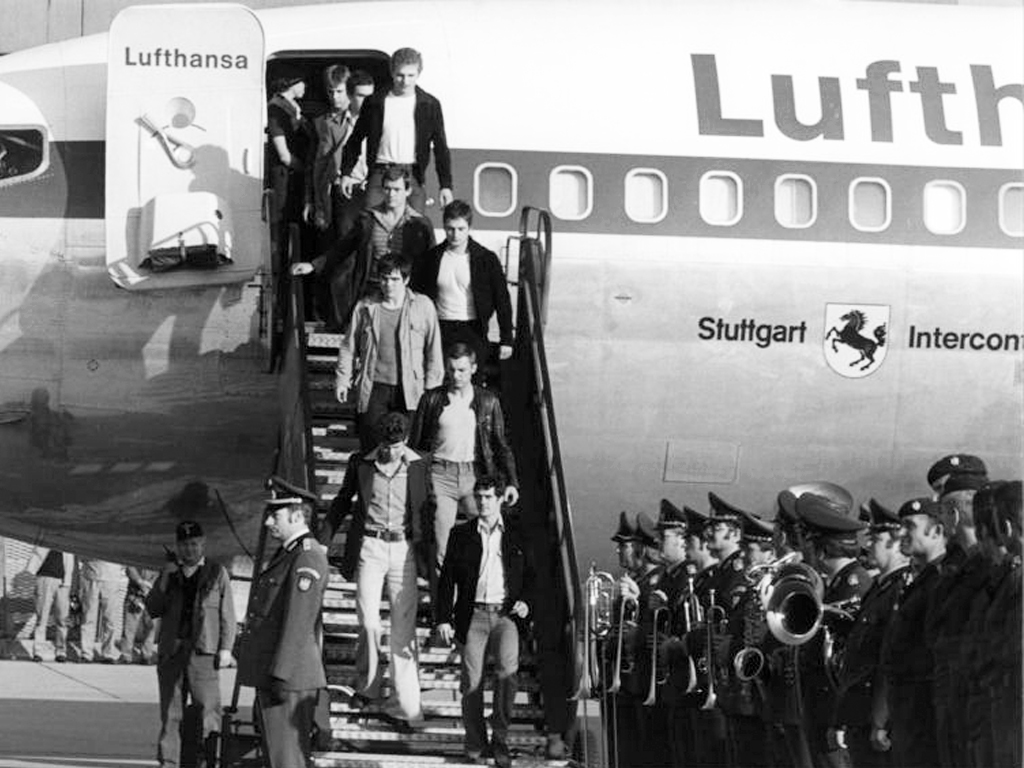 Cast your mind back 40 years, if you are old enough, to October 1977, when terrorist groups were in full cry across Europe.
One of the many actions carried out by the Popular Front for the Liberation of Palestine – assumed to be working with West German insurgent group Red Army Faction (RAF) – was to hijack Lufthansa Flight 181 from Mallorca to Frankfurt, on 13 October in a bid to get a dozen imprisoned terrorist leaders released, along with demands for cash.
The RAF had by this time assassinated West German the attorney general Siegfried Buback, and kidnapped industrialist Hanns Martin Schleyer and head of the Dresdener Bank Jürgen Ponto, in a series of events later dubbed the "German Autumn."
The 737, christened Landshut after the Bavarian city then embarked with its 86 passengers and five crew on a terrifying four-day tour of the Arabian Peninsula, stopping in five different cities to refuel.
After Captain Jürgen Schumann was murdered in Aden, southern Yemen, the plane reached the Somalian capital Mogadishu on 17 October, where the German GSG 9 elite tactical unit stormed the plane, killing three of the four hijackers but rescuing the passengers and surviving crew members.
Landshut returned quietly to service a few weeks after the hijacking. Lufthansa sold her in 1985 and she ended up with Brazilian carrier TAF Linhas Aereas, which eventually decommissioned the plane in January 2008 at Fortaleza airport, where she has remained, gathering dust, ever since.
But recognising her historic importance, the German foreign ministry bought the plane for 75,936 Brazilian real (€20,000) from Brazilian airport operator Infraero, and made arrangements to return her home.
Landshut will be restored and eventually go on display at the Dornier Museum in southern Germany.
But getting the non-flying plane home was a drama in itself, with forwarder Logistics Plus, and its global partner Salco Logistics, playing a crucial role.
After checking the dimensions of dismantled plane, they decided to bring Landshut home in a chartered Antonov 124-100 and an Ilyushin 76TD.
Salco Logistics arranged all handling in Fortaleza during the dismantling and loading of the parts to the chartered aircraft while Logistics Plus arranged for handling on arrival in Friedrichshafen and the move to the Dornier Museum.