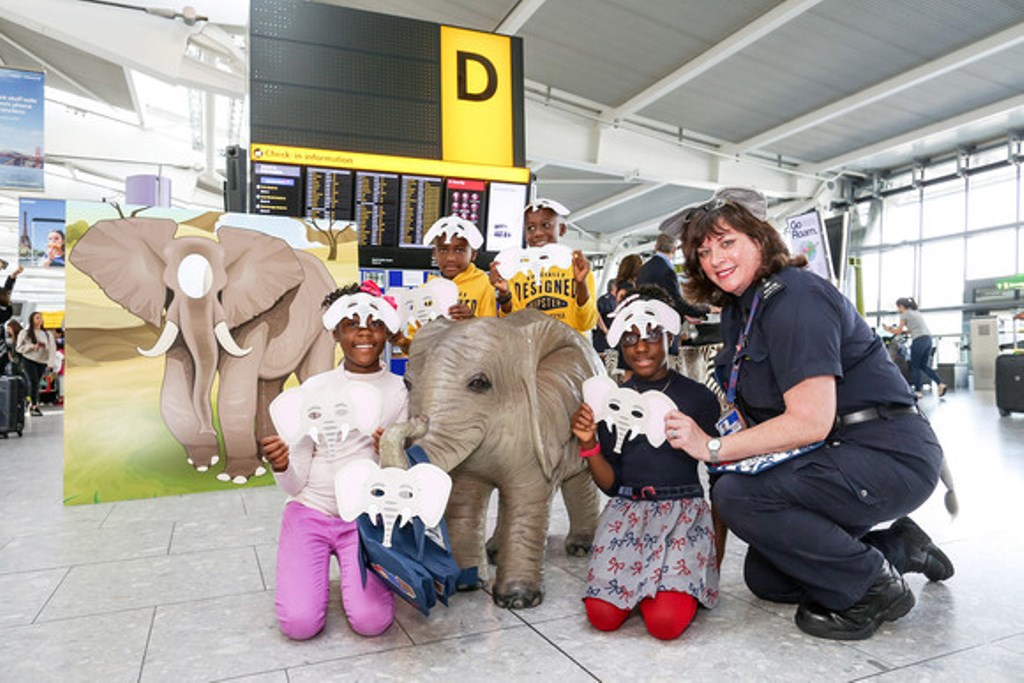 To celebrate World Elephant Day and help raise awareness about the illegal trade of wildlife, Heathrow Airport and IAG Cargo has created and installed a pop-up interactive display at the airport’s Terminal 5 lsst week.
The pop-up was run in partnership with UK Border Force to support charity United for Wildlife’s ‘United for Elephants’ Campaign and raise awareness of critically endangered species.
The installation featured a limited edition Angry Birds ‘united for elephants’ game, elephant masks for kids and virtual reality headsets taking travellers to visit elephants in the Serengeti to inspire them to learn about and help protect endangered species.
Representatives from Border Force and IAG Cargo were on hand to provide passengers with further information about elephants and illegal trade. Border Force’s CITES team displayed examples of elephant products seized at Heathrow.
Naomi Doak, Head of Conservation Programmes, United for Wildlife said: “Working with the private sector and in particular transport companies is crucial if we are going to break the supply chain for illegal wildlife products.
"The work that Heathrow, Border Force and IAG Cargo are doing on this issue provides a leading light not only in activities like this one on World Elephant Day, but also as a group of organisations from across the sector working together. It is only through effective partnerships like this that we will be able to create a future for some of the world’s most iconic species.”
Gabriella Tamasi, live animal product compliance manager at IAG Cargo, said: “The air cargo industry plays an important role in the protection of endangered species, we regularly transport animals protected under CITES and as a signatory to the Buckingham Palace Declaration for ‘United for Wildlife’ we are proud to be working closely with our partners to ensure that all animals are transported and treated in the safest and best possible way.”