It’s the pits for DHL and Lewis Hamilton 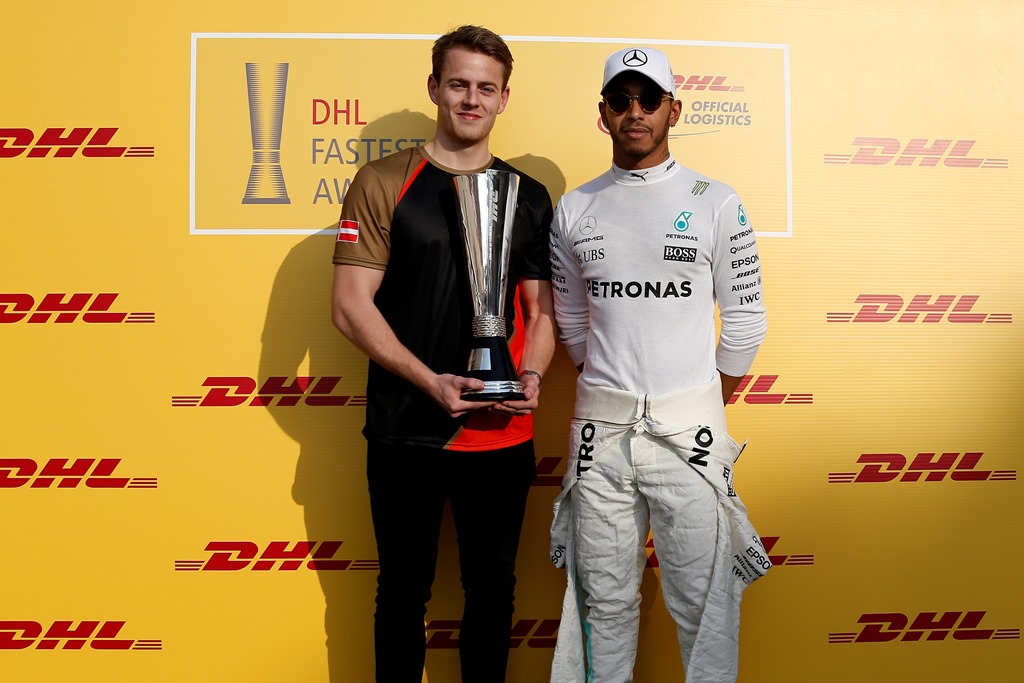 Just like express parcels delivery, Formula One is an unforgiving business in which seconds can make the difference between success and failure.
So it was entirely appropriate that DHL, as the official logistics partner once again presented the Fastest Lap and Fastest Pit Stop Awards for this year’s Formula One season at the Abu Dhabi Grand Prix.
Lewis Hamilton was the driver with the highest number of fastest laps over the 20 Grand Prix races this year, while the award for the shortest stops and performance in the pits went to Mercedes-AMG Petronas Motorsport.
The British driver made it sound almost like an accident, though: “It is never our specific target to set fastest lap in a race – so when we do, it is a sign of how quick our car has been in race conditions,” said Hamilton. “It also shows the consistency of the Pirelli tyres this year. These cars are the fastest we have ever driven in F1 – and it has been cool to set a few all-time lap records.”
The DHL Fastest Lap Award has been presented to the driver with the highest number of fastest laps in a Formula One season. However, the 2017 season was especially exciting due to rule changes including wider tires and cars which allowed higher speeds and even faster lap times.
A new points system was introduced in 2017 for the DHL Fastest Pit Stop Award, which goes not necessarily to the team with the fastest stop, but to the one that most consistently achieves the fastest times over the season – coincidentally, an even greater challenge with the wider, heavier tires.