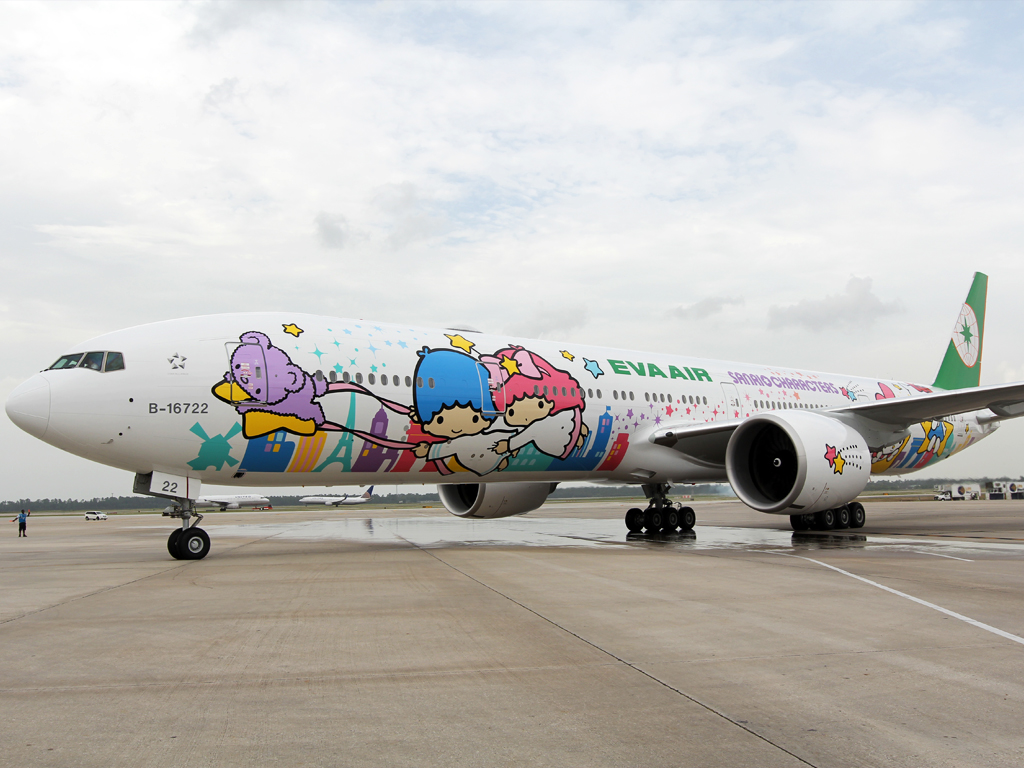 Is a dogfight about to break out over the skies of Asia? No sooner had Air Cargo News broken the news of the Hainan Airlines ‘Kung Fu Panda’ Dreamliner than Eva Air retaliated by unveiling its latest Hello Kitty-themed 777-300ER.
Not to be outdone by Hainan’s Kung Fu Panda-emblazoned fuselage (Story Here) the Taiwanese carrier has decided that plastering the sides of one of its planes with images of the strange anthropomorphic Japanese creature is the best way of boosting its passenger numbers.
EVA and Hello Kitty owner Sanrio have created the Hello Kitty Shining Star Jet, starting at the nose with Little Twin Stars Kiki and Lala flying through clouds with their teddy bear with, behind the wing, Hello Kitty and My Melody. (You may need a four-year-old girl to explain who all these characters are.)
Eva Air actually has a whole fleet of Hello Kitty planes, and there is even a section of their website telling you which routes they will be operating and when.
Presumably teenage girls have enough ‘pester power’ to influence their parents’ decisions. As if international travel wasn’t complicated enough.