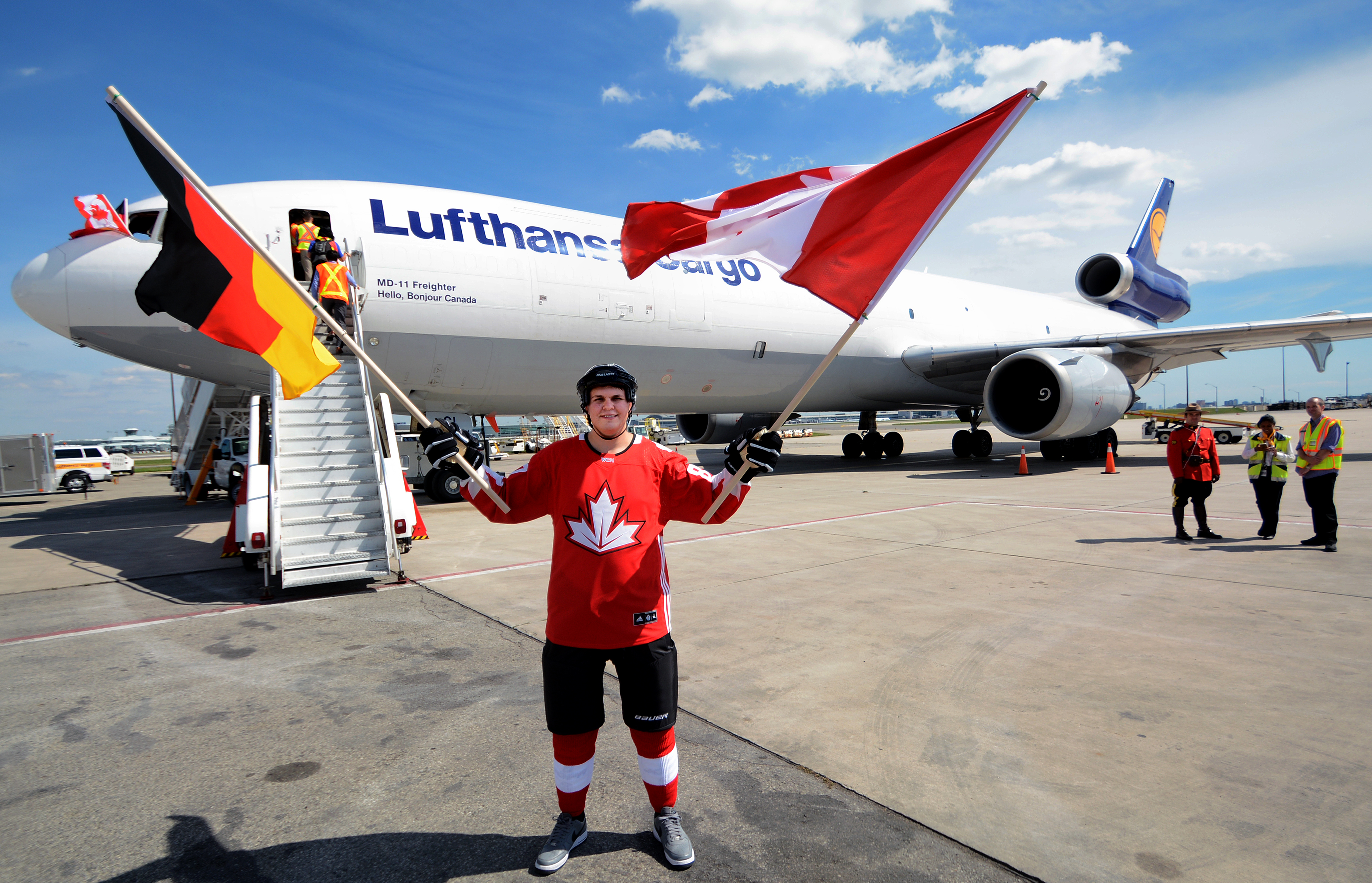 A Lufthansa Cargo MD-11 freighter now bears the name ‘Hello, Bonjour Canada’ and will carry this message with it around the world.
The D-ALCI registration aircraft was named at Pearson International Airport in Toronto, Canada, by Bernhard Kindelbacher, vice president for the Americas at Lufthansa Cargo, and by Peter Fahrenholtz, the German Consul General in Canada.
This naming ceremony featured a classic water salute from Toronto Pearson Fire and Emergency Services and the traditional Champagne baptism. Also, a member of the Royal Canadian Mounted Police took part in the naming ceremony.
Kindelbacher said: “The greeting ‘Hello, Bonjour Canada’ stands for the close connection between Lufthansa Cargo and Canada. Both countries look back on a long shared history. Since the earliest days of the discovery of the ‘New World’ up through today, trade between both countries has stood for efficiency and speed.
“We are proud of being so well positioned in this key and highly competitive market with more than 30 passenger and two freighter flights per week.”
Lufthansa has been serving customers in Canada since as early as 1956. Just one year after Lufthansa’s first North Atlantic flight to New York, the company began flying to Montreal.
Since then, it has continuously expanded its flight offerings. In 1973, Toronto was added to the flight plan, followed by Vancouver ten years later. Lufthansa Cargo has served the country’s air cargo needs by flying freighters there since 2008.
The ‘Hello, Bonjour Canada’ is already the tenth Lufthansa Cargo aircraft to be renamed. The names of the freighters are based on the winning concept of an open creative competition that Lufthansa Cargo organized in 2013 to choose names for the aircraft in its entire fleet.
From the more than 40,000 potential aircraft names submitted to Lufthansa Cargo within six weeks, a jury selected the main concept ‘Say hello around the world’. In keeping with the concept, all Lufthansa Cargo freighters will be named from now on with greetings in some 20 languages.