Moscow airport gets its hands on the World Cup 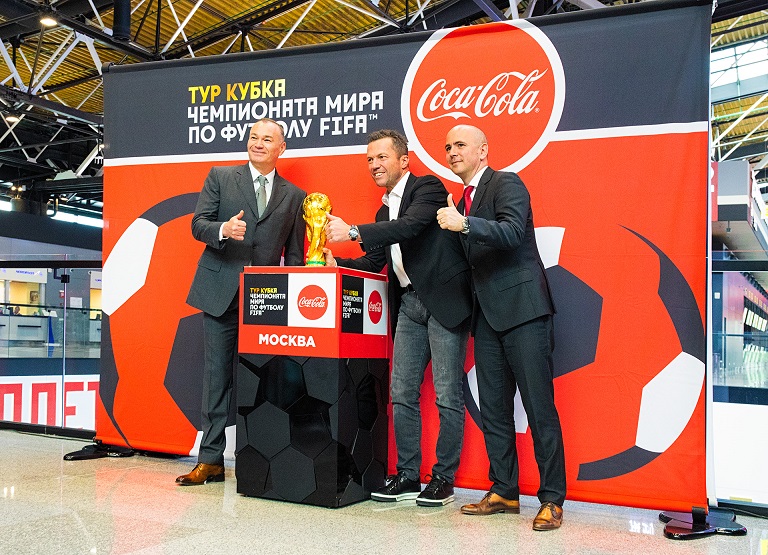 The FIFA World Cup has already been presented, several days before the start of the ultimate football tournament in Russia in mid-June.
Moscow’s Sheremetyevo airport held its own World Cup ceremony when the legendary trophy was presented by airport management as part of the FIFA World Cup preparations. Appropriately, the ceremony  was held in the new Terminal B built especially for the tournament.
The 36.8cm (14.5 inches) tall 18-carat gold FIFA World Cup Trophy weighs 6.142kg (13.54lb).
Football fact: While the winner’s of football’s ultimate prize do get to lay their hands on it, the original  trophy  cannot be won outright anymore, as the new regulations state that it shall remain in FIFA’s possession. Instead, the  winners are awarded a replica which they get to keep as a permanent reminder.