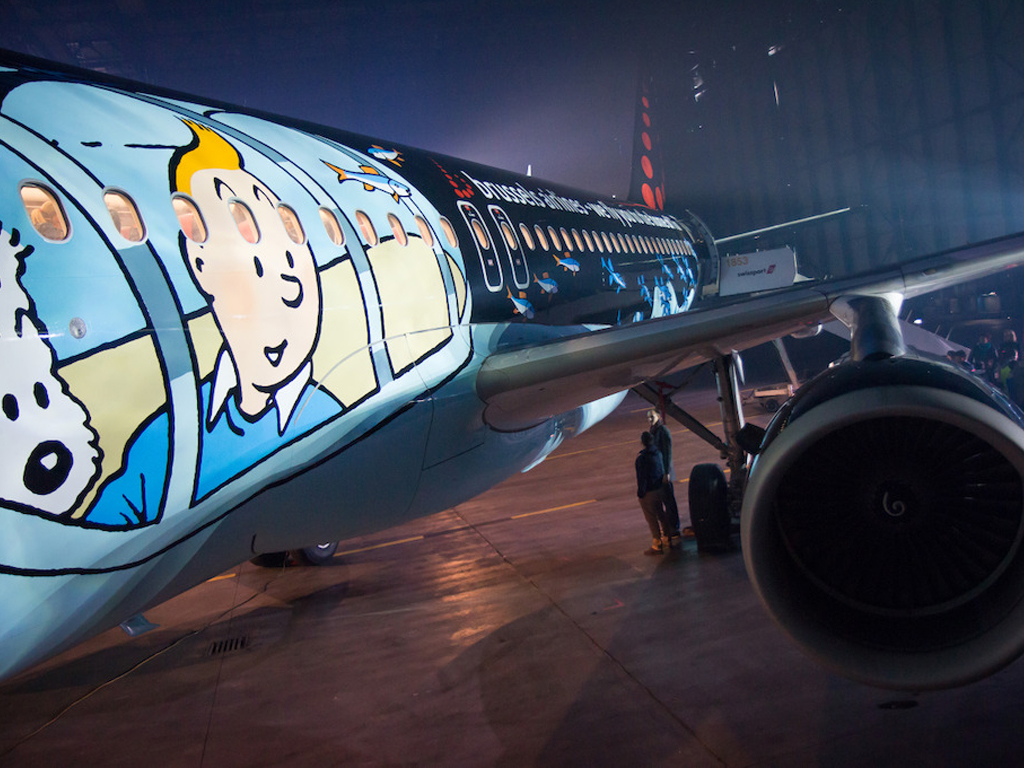 Brussels Airlines is calling on its compatriots to name a fifth Belgian Icon to dedicate another of its aircraft to, a creative competition “open to all fans of Belgium around the globe”.
It says: “Following the immense popularity of Rackham, Magritte, Trident and Amare, Brussels Airlines goes in search of a fifth Belgian icon to dedicate another of its aircraft to. Who better to decide than the customers who will fly the four corners of Europe on board of the iconic plane as from next year?”
The general public will decide on who – or what – will be named on its Airbus A320.
In case you’re wondering, Rackham is a reference to the Tintin album “Red Rackham’s Treasure”.
Magritte is of course the world-renowned surrealist painter while Trident is the official plane of the Belgian Red Devils, Belgium’s national football team. And Amare is dedicated to the Tomorrowland music festival for which the airline flies 10,000 partygoers to Belgium every year.
Now, a jury of other famous Belgians – including Tomorrowland founders Manu and Michiel Beers; Olympic Gold winner Olivia Borlée; CEO and artistic director of the BOZAR arts centre,  Paul Dujardin; chief executive of the Pairi Daiza zoo, Eric Domb; producer and musician Netsky, and star chef Yves Mattagne – will create a shortlist of the two best ideas – but it is the public who get to vote for the final winning idea.
(Presumably, though, these folk won’t be allowed to nominate themselves, so doesn’t that limit the options still further?)
The airline says (a tad aggrievedly, one suspects): “We are a country with many well kept secrets. Everyone knows us for our great beers and chocolate, but most people don’t know that Belgium is also the home of many cartoons, that Belgians invented French Belgian fries, the cassette tape, roller skates and the saxophone. With our Belgian Icons, we aim to put our country on the map, and this time we want our customers to have a say. We hope to get many great ideas for our next Belgian Icon and who knows, we might have to keep some for the sixth one.”
Anyone who fancies having a go should visit:
https://www.brusselsairlines.com/en-be/misc/livery_2018.aspx