NASA’s flying eye in the sky 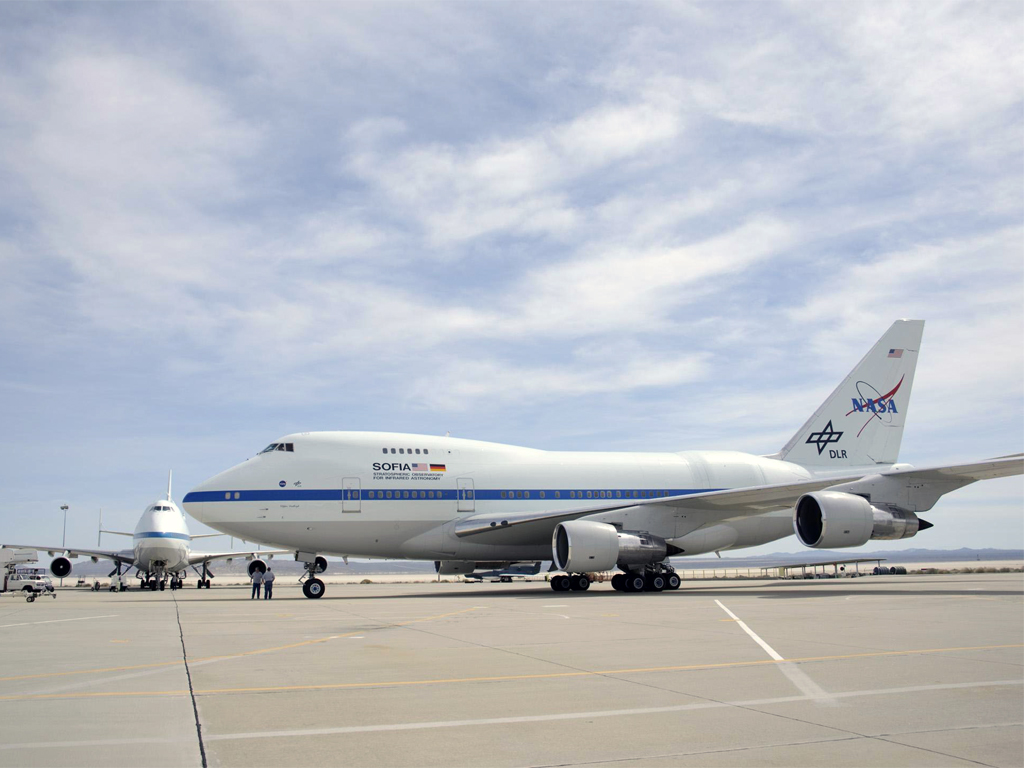 One of the lesser-known products of Boeing’s 747 programme in the 1970s was the 747SP.
Faced with the need to fly ultra-long-haul routes non-stop, the plane-maker’s solution was to shorten the body of a standard jumbo, the result being officially designated the 747SP (Special Performance) though it less formally known as Sutter’s balloon, after 747 chief engineer Joe Sutter.
The 747SP never sold in the numbers hoped for, a victim of surging fuel prices and its restricted payload. It also didn’t help that one of main routes it was earmarked for, in the early 1970s, was New York-Tehran, nor that one of the principal customers was to be Iran Air.
Eventually the 747SP was usurped by the 747-400  in 1989, which could offer a similar range and didn’t look like something out of a child’s cartoon.
Around ten of the 45 747SPs built have survived, mainly as VIP transports for Middle East potentates, and one example is enjoying a second life in the US as NASA’s 747SP Stratospheric Observatory for Infrared Astronomy (SOFIA).
SOFIA is currently on a tour of the country, stopping at Embry-Riddle and Daytona Beach International Airport before setting out on its first-ever scientific mission, over the Atlantic Ocean.
There, it will observe Triton – the largest moon of Neptune – as it passes by and conceals or “occults” a star, an event best captured by a mobile telescope, high above the clouds.