New royalty: Amsterdam is the King of Cargo 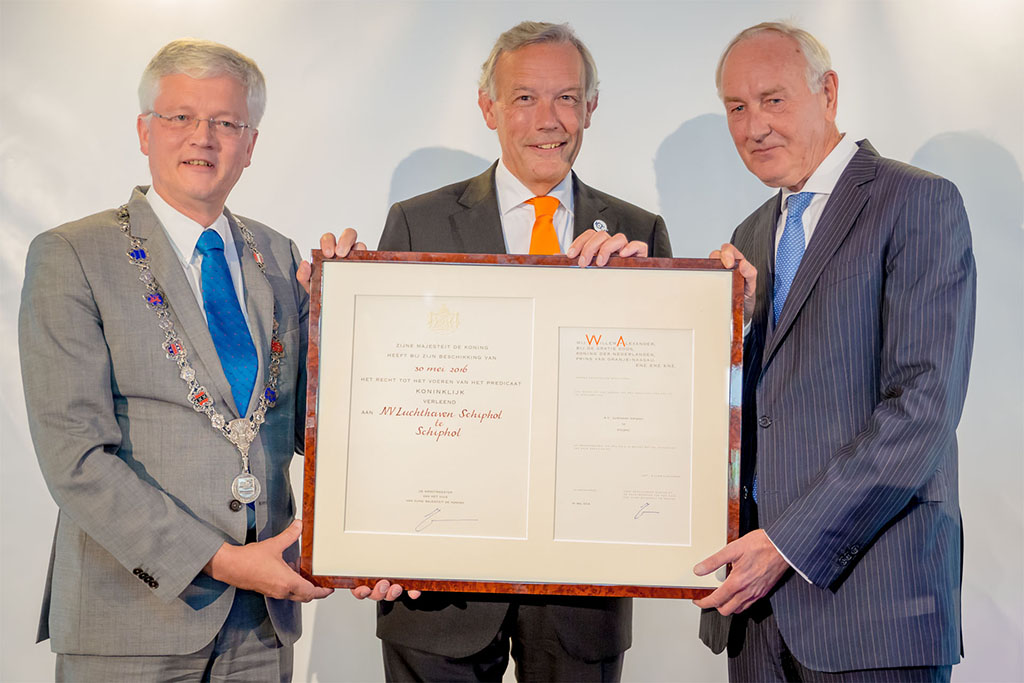 Amsterdam’s Schiphol airport has been granted a ‘Royal’ designation by King Willem-Alexander of the Netherlands, an award described as the “crowning glory” of the Dutch hub’s centennial celebrations.
The King’s Commissioner of North Holland, Johan Remkes, awarded the royal designation to Schiphol President and chief executive Jos Nijhuis.
Nijhuis said: “We are very proud that from now on Schiphol may call itself a royal  airport. It is the crowning glory of 100 years of connecting the Netherlands. The airport’s stature is the work of Dutch pioneers – pioneers with daring and vision, who believed in innovation and progress. We plan to continue their work in the next century, although henceforth in ‘Royal’ fashion.”