No panic for this panda 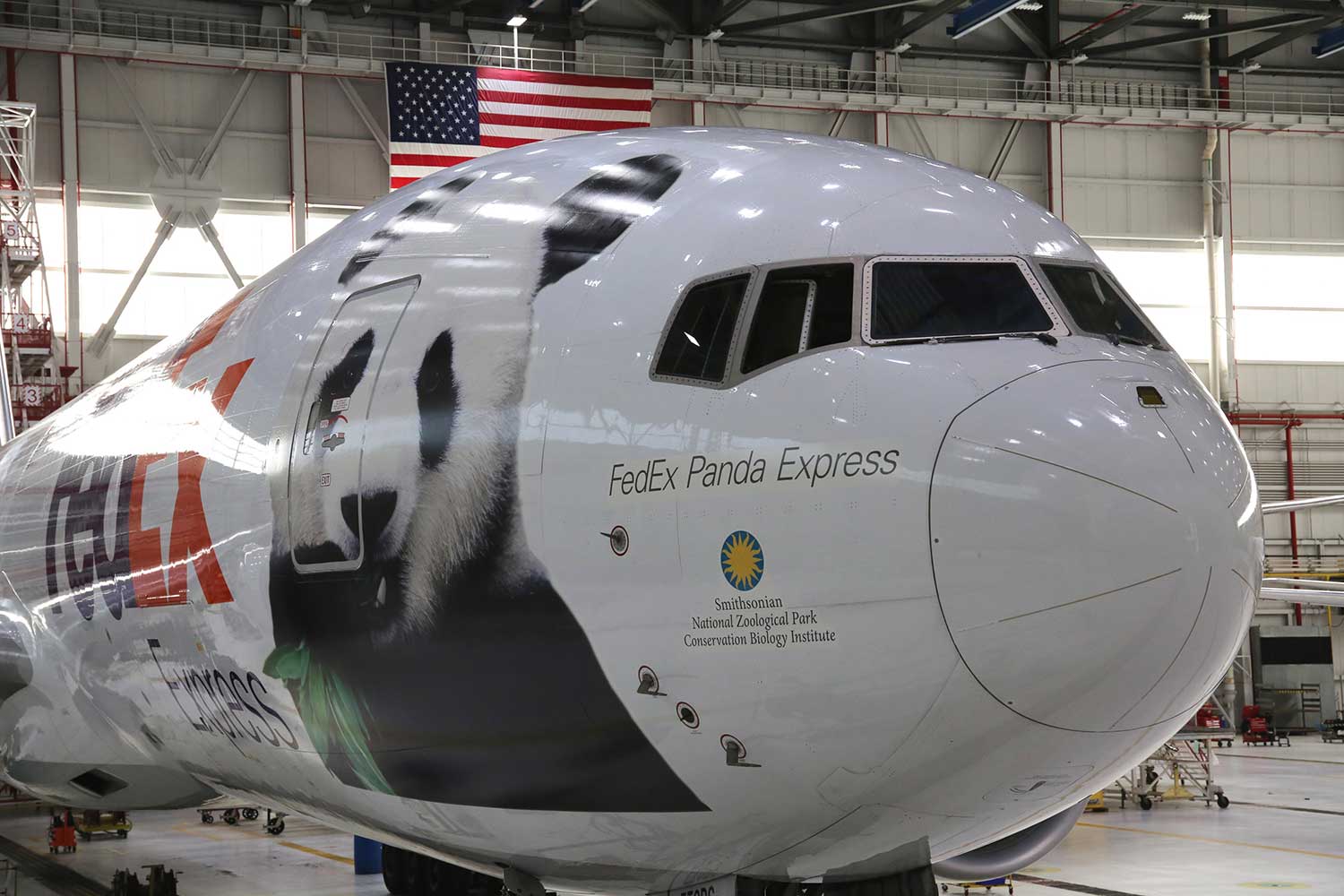 Piles of your favourite food before departure, staff on hand to minister to your every need and your own private cabin – not every passenger travelling from Dulles International Airport gets the ten-star treatment.
It does of course help if you’re 220lbs, four-legged and an endangered species.
Bao Bao, a 3½ year-old giant panda, departed the Smithsonian’s National Zoo at a very civilised 11am for Dulles International Airport, where she boarded a FedEx Express 777F bound for the 16-hour non-stop flight to Chengdu, China.
While Bao Bao enjoyed a lie-in, the panda team were busy at 6:30am, finalising preparations for departure. As well as her breakfast of 17lbs of bamboo she spent quality time outdoors  before keeper Marty Dearie enticed her into her custom-made travel crate which was then loaded on a FedEx Express truck.
The send-off party included zoo director, Dennis Kelly, Chinese Ambassador Cui Tiankai and, Smithsonian Regent and Zoo giant panda conservation program supporter David Rubenstein along with the animal care staff.
FedEx’s president and chief operating office, Dave Bronczek, said: “Through our charitable shipping program, we are honoured to be entrusted with Bao Bao’s journey to her new home in China. Our team of skilled logistics experts, pilots and drivers are honored to support the efforts to preserve this beloved, rare animal.”
This of course isn’t the first ‘panda crossing’ that FedEx has managed; in fact, it’s become a bit of a family affair. In 2010, the express giant transported Bao Bao’s brother Tai Shan from the National Zoo to Chengdu and also provided the transport for Bao Bao’s parents, Mei Xiang and Tian Tian, from China to the US in 2000.
Would that freight industry journalists got treated half so well when we travel — we are, after all, an endangered species too. Though on reflection, we’d probably pass on the Bao Bao’s inflight treats of 50lbs of bamboo, 2lbs of apples, 2 bags of biscuits, cooked sweet potatoes — and water.