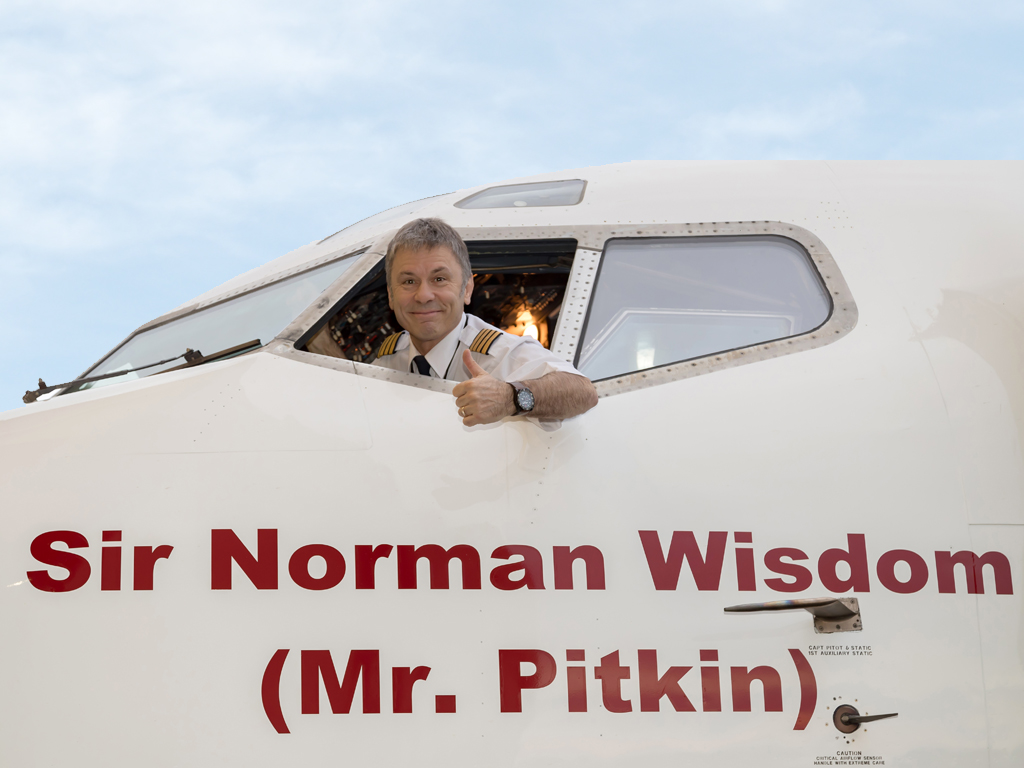 The latest aircraft to be delivered by Cardiff Aviation fleet to Albanian carrier Albawings – personally delivered by the ACMI firm’s chairman Bruce Dickenson, no less – was christened Sir Norman Wisdom (Mr. Pitkin).
Baffled? Let us explain for the benefit of our younger readers.
The comic British actor, best known for a series of films made in the 1950 and 1960s featuring the hapless Norman Pitkin, gained something of a cult following at home and abroad. And one country where Wisdom went down a storm was in the tiny, isolated communist nation of Albania – very possibly because its dictator, Enver Hoxha, had banned almost everyone else. (Also, the dialogue wouldn’t have posed too much of a challenge to the translator.)
Quite why the pint-sized Pitkin escaped the attentions of the Albanian censor has never been fully explained, though one theory is that Hoxha saw Pitkin’s on-screen escapades as some sort of struggle against the forces of capitalism. And we thought it was just slapstick.
But while the films have faded into obscurity in their home country, Pitkin’s popularity in Albania has survived the collapse of communism. The by then Sir Norman even upstaged the England football team when he appeared at their training ground in Tirana in 2001.
Cardiff Aviation’s Dickinson admits that he was  pleasantly surprised to find out just how respected Norman is across Albania and had no hesitation in naming the 737-400 after him.
“We’re delighted to honour his memory with our latest aircraft as ‘One good Turn’ and of course, we expect it to be a much smoother operator than Mr. Pitkin.”