One charter does not a summer make 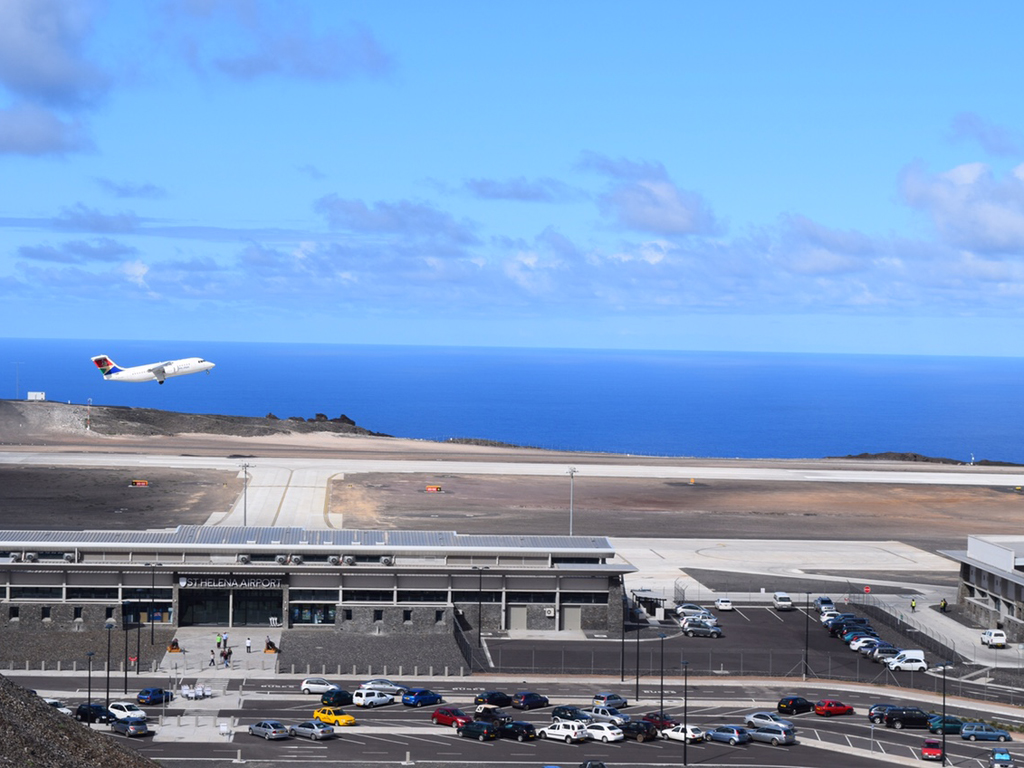 The UK government’s plan to develop air services to one of its furthest flung territories,  the remote South Atlantic island of St Helena reached a major milestone when the airport handled its first ever passenger charter flight.
Aviation services firm Air Partner has just operated a return flight from Cape Town to St Helena to move passengers stranded by the cancellation of two voyages by the island’s only scheduled link, the Royal Mail Ship that travels at regular but infrequent intervals from South Africa to the island.
To call the St Helena airport project “troubled” would be an understatement. The project was originally conceived in 2005, but it wasn’t until 2015 that the first test flight touched down on the newly constructed runway.
Meanwhile, there were increasing rumours – strenuously denied at the time by the UK government – that the new airport was unfit for purpose. Wind shear problems, coupled with the short runway, have meant that most aircraft operators have given St Helena the cold shoulder and the islanders’ dream of a regular air service seems as far away as ever. The island shares with Berlin the unenviable record for the most excruciatingly protracted airport scheme, ever.
So far, only a handful of private planes have successfully landed on the island, forcing its inhabitants to continue to make the 1,200 mile journey to the nearest landmass by Royal Mail Ship which, like St Helena itself, is something of a remnant of the British Empire.
To operate the urgently required flight, Air Partner had to locate a suitable aircraft in South Africa and plan the operation meticulously.
Despite the notoriously tricky South Atlantic weather, both flights operated within schedule, says Air Partner.
St Helena councillor Derek Thomas remains optimistic about his island’s new airport, though, saying: “What a great day for St Helena to receive our first flight of passengers. Over the past year there have been many disappointments for air access but despite this our people have been patient while waiting for a successful outcome. The arrival of the aircraft today is one step nearer to commercial use of our airport.”
Priority for the 50 passenger places on each leg of the journey was given to those travelling for work purposes and medical referrals. The outbound flight flew via Namibe in Angola for re-fuelling, while the inbound travelled through Windhoek in Namibia.