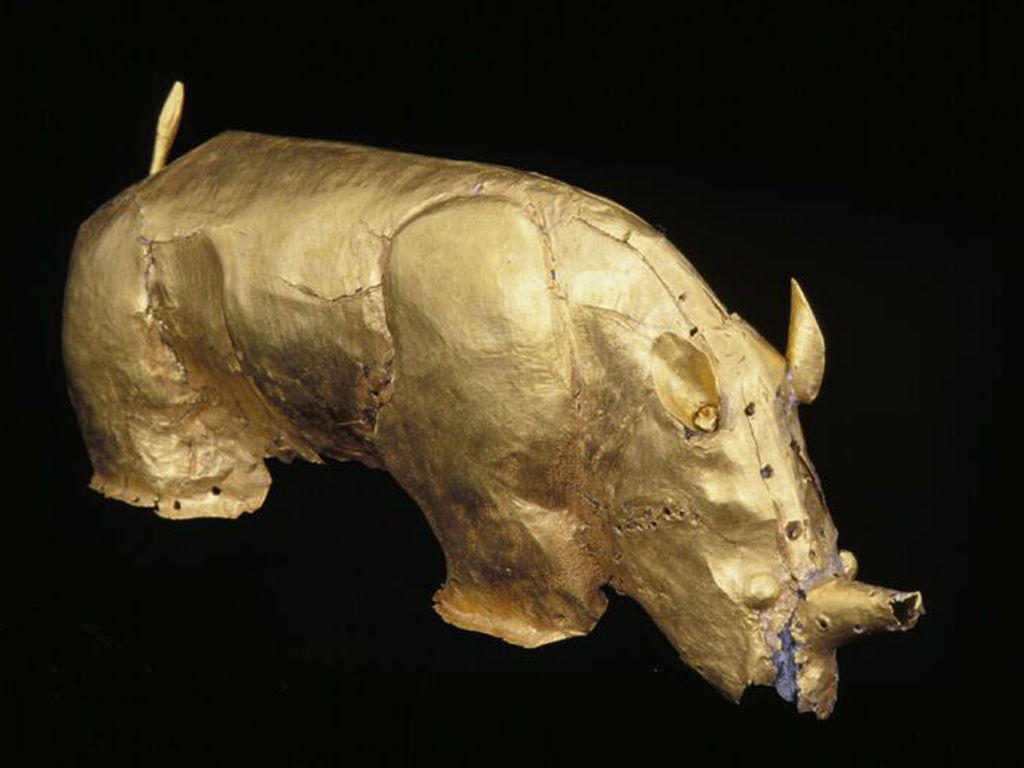 British Museum partner IAG Cargo has just moved 50 high profile works for the South Africa: The Art of a Nation exhibition.
The rare items travelling under the carrier’s Secure ultra-high-security service included not only the Mapungubwe Gold objects from the collections of the University of Pretoria but the celebrated Makapansgat Pebble.
Celebrated it may be, but we had to resort to Google to find out its true significance.
It is, basically, no more than a pebble, but one that has eroded naturally so that it looks like a crude rendition of a human face.
So what, you may say, but the reason it gets archaeologists so worked up is that it was found some distance from any possible natural source, near some remains of early humans in South Africa. They postulate that it caught the eye of some stumbling cave-person, perhaps 2.5m or even 2.9m years ago, who brought it back, with him or her.
This makes it makes it the world’s earliest manuport (more Googling) is “a natural object which has been moved from its original context by human agency but otherwise remains unmodified”.
Little can that proto-person have realised that, millions of years later, that souvenir of his trip to the other side of the lake or valley would end up being transported 8,000 miles in a flying metal bird, so that more humans on the other side of the world could come and gawp at it.
The exhibition runs until 26 February after which IAG Secure will be entrusted with the task of manuporting it back to South Africa.