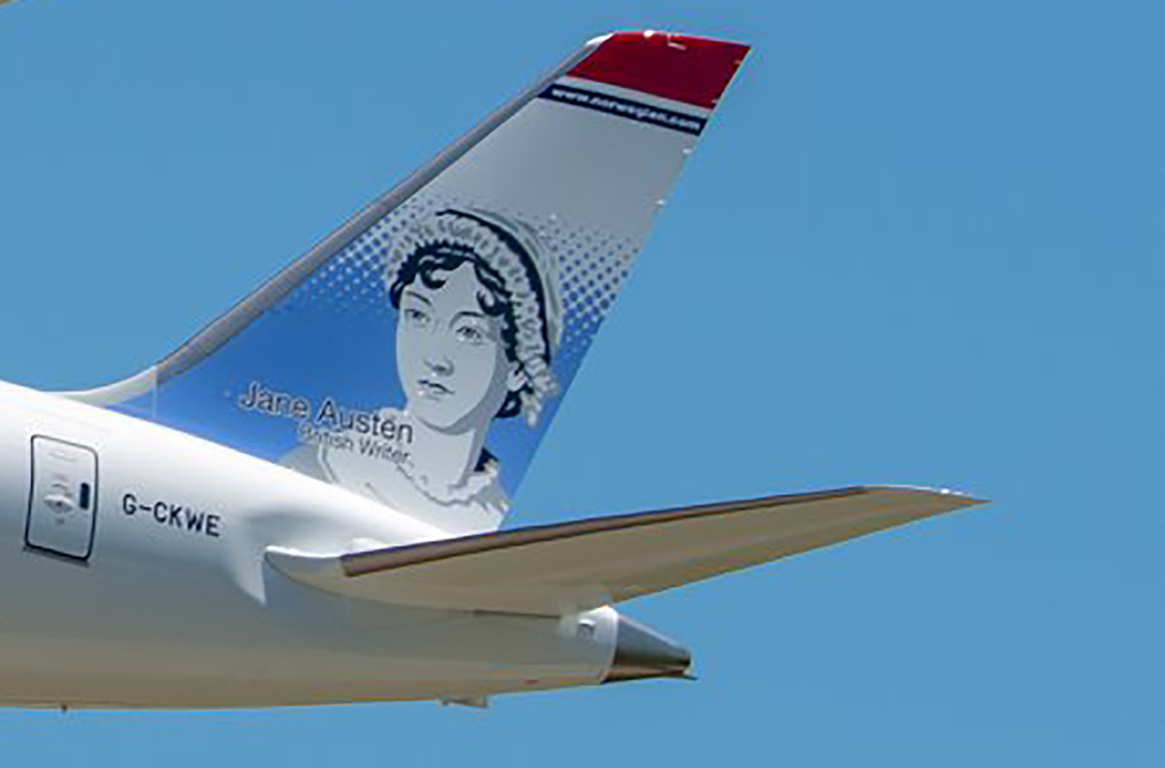 Jane Austen has taken to the skies as her portrait adorns the tail fin of a Norwegian Boeing 787 Dreamliner aircraft.
The world-renowned British romantic author has inspired generations with her best-known works including Sense & Sensibility, Pride & Prejudice and Emma.
Austen has become Norwegian’s eighth UK tail fin hero following the announcement of children’s author Roald Dahl, footballer Bobby Moore, pioneering pilot Amy Johnson, rock legend Freddie Mercury, aviation maverick Sir Freddie Laker, poet Robert Burns and explorer Sir Ernest Shackleton.
Austen also appears on the UK ten pound note, celebrating her birth in 1817. However that accolade was not without some controversy, with some fans of the author suggesting that the Bank of England had "airbrushed" the original contemporary portrait, to make her look "prettier", something denied by the Old Lady of Threadneedle Street, as the bank is known.
For those who don’t have a UK tenner to hand, you will have to visit the Bank of England website, as they rather unsportingly hold the copyright to such images.
Norwegian’s chief commercial officer Thomas Ramdahl said: “As Norwegian continues its expansion in the UK, our ‘tail fin heroes’ offer us a perfect chance to pay tribute to some of the greatest Britons of all time. Jane Austen has inspired generations and it is a huge honour to have one of the greatest authors of all time adorn our aircraft.”