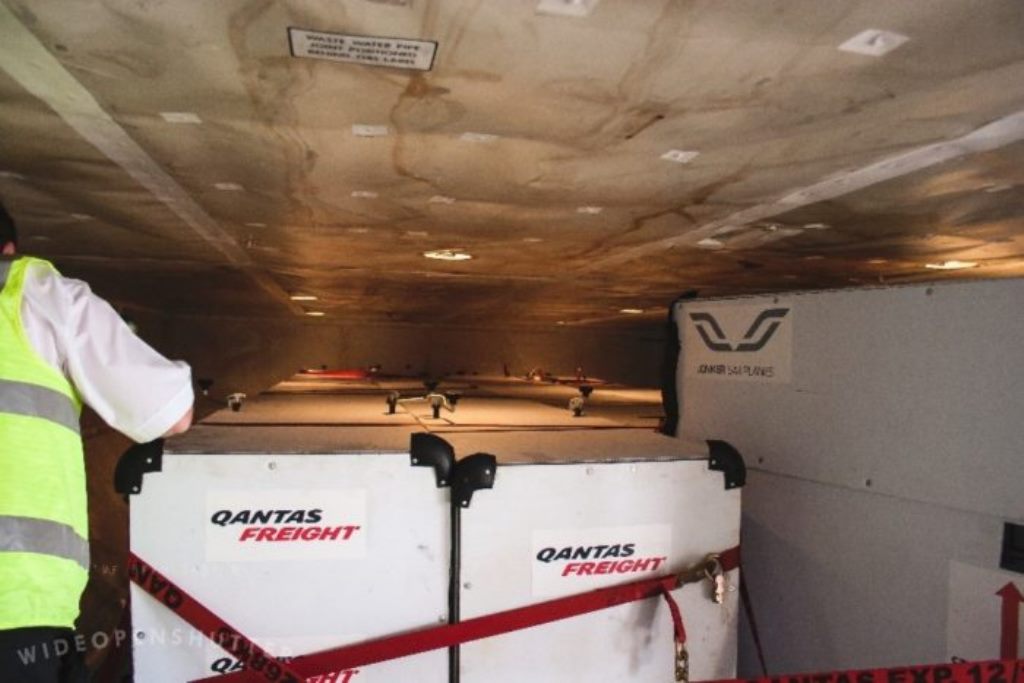 At Air Cargo News there is nothing better than receiving a press release about an unusual air cargo project.
So you can imagine our excitement at receiving the news that Qantas had transported two aircraft within an aircraft, like giant Russian dolls.
For the first time, Qantas loaded two sailplane gliders into the cargo hold of a passenger Boeing 747-400, and flew them from Johannesburg, South Africa to Sydney, Australia.
The gliders were taken apart in smaller pieces with the fuselage, wings and rudders all packed into specially designed shipping crates.
The airline said the 7 m long boxes presented challenges to the freight team when loading the gliders.
“Thanks to the special crates that allowed us to swivel 360 degrees (and a lot of pivoting) they slid in,” Qantas said.
“Once the boxes were locked in, there was 100 mm of clearance between the top of the boxes and the ceiling of the cargo hold. It was a near perfect fit.”
After landing safely in Sydney, the brand new Jonker JS3 Raptures made their way onward for their debut at the FAI World Gliding Championship in Benalla, Victoria.
The gliders usual travel long distances by sea but faced by time restrictions, airfreight was used on this occasion.
A Jonker JS3 Rapture: