Round the world in 80 weeks 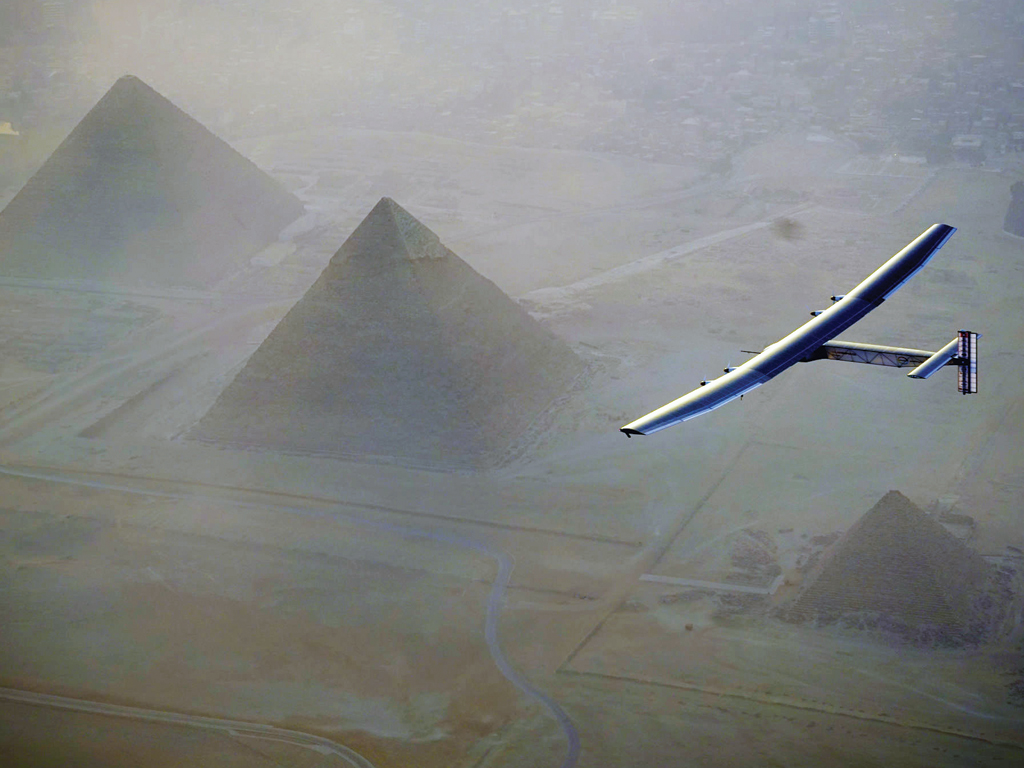 Two Swiss pioneers are nearing the end of a round the world flight – without touching a drop of petrol.
Bertrand Piccard and André Borschberg landed in Egypt after crossing the Mediterranean Sea from Seville in just over 48 hours in their Solar Impulse 2 – the penultimate leg of the first encirclement of the globe powered only by the sun.
Now all they need to do is reach Abu Dhabi, where it all began back in March 2015.
With a cruising speed of around 45-50mph and a cargo payload limited to Piccard and Borschberg’s sandwiches, the Solar Impulse’s technology clearly has some way to go before it can become a commercial reality for the world’s airlines.
But as the two intrepid pioneers point out, this is more about “exploring new ways to have a better quality of life on Earth.”
The aim of Solar Impulse’s clean technology is to “change individual habits, societies and markets” – not only in the air, but on the ground too.