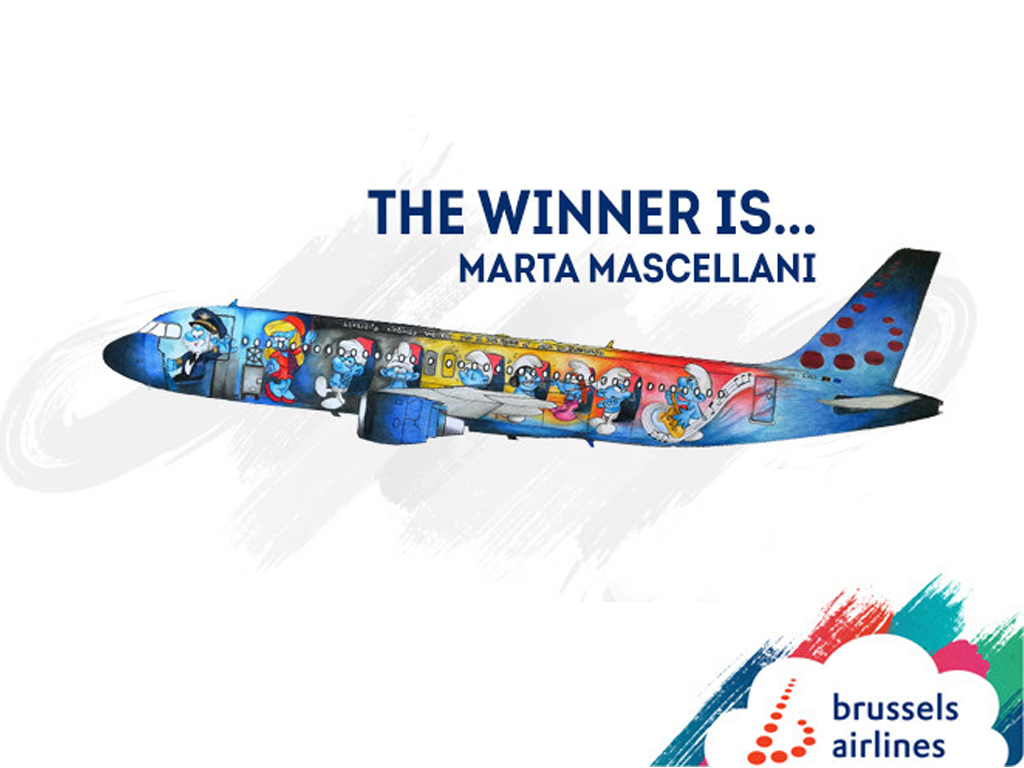 Following our story in July (Name ten famous Belgians – OK, make it five, then…) we can reveal that the latest Belgian icon to adorn the sides of a Brussels Airlines plane will be – The Smurfs.
Following a vote by the carrier’s fans, the little blue men beat off stiff competition from Victor Horta (the Art Nouveau architect) to become the fifth icon to be commemorated on a Brussels Airlines A320, with a design by Italian student Marta Mascellani.
Her ‘Smurfs’ design received the most number of votes, ahead of poor old Victor. It’s all part of a campaign by the carrier to boost national pride and promote something it calls ‘belgitude’.
Mascellini commented: “I love the fact that Brussels Airlines is the only airline to promote its country and culture in such a way, painting new special livery planes every year. My brother is a pilot for Brussels Airlines, so I feel connected to the company."