The car’s the star(let) 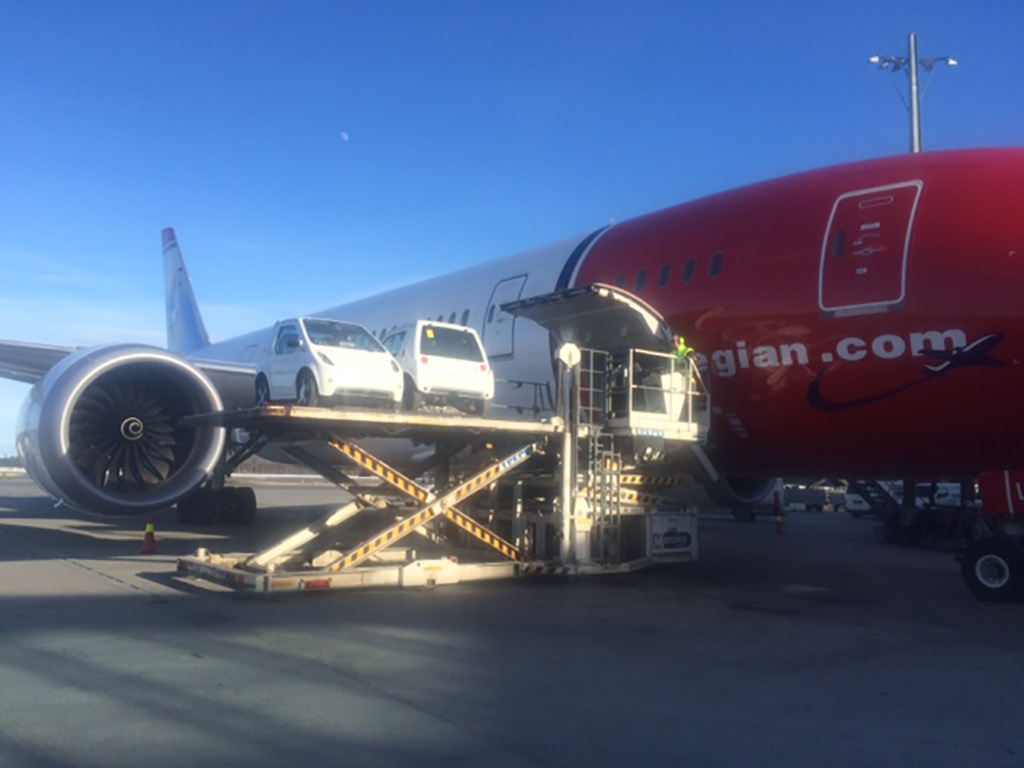 Norwegian Cargo has shipped ten zero-emission Buddy electric cars and six bikes from Oslo to Toronto for a Hollywood movie. The Buddy car, which measures just 8ft long, will star in a Paramount Pictures, Alexander Payne-directed film called, appropriately enough, Downsizing, starring Matt Damon.
The low-cost airline’s cargo division moved the Norwegian-built vehicles in the bellyhold of its Boeing 787-8 Dreamliner from Oslo to New York from where they were trucked to Toronto for filming.
The Buddy does seem to be something of a niche product. In a remarkably dismissive entry, Wikipedia says that, a total of – wait for it – 125 Buddies were sold in Norway during 2011 representing a market share of just 6% of the local electric vehicle market that year.
The Buddy, Wikipedia complains, also has vague and unresponsive brakes and steering and it also lacks safety equipment such as ABS, ESP or airbags.
No figures seem to be available for Buddy’s penetration of the Canadian market but no doubt the Norwegian flight will increase the population of the marque there by several hundred percent.
The Buddy has a top speed of just 50mph, but you are allowed to park them sideways to the kerb in some countries, including Norway.