The mac that’s lighter than air 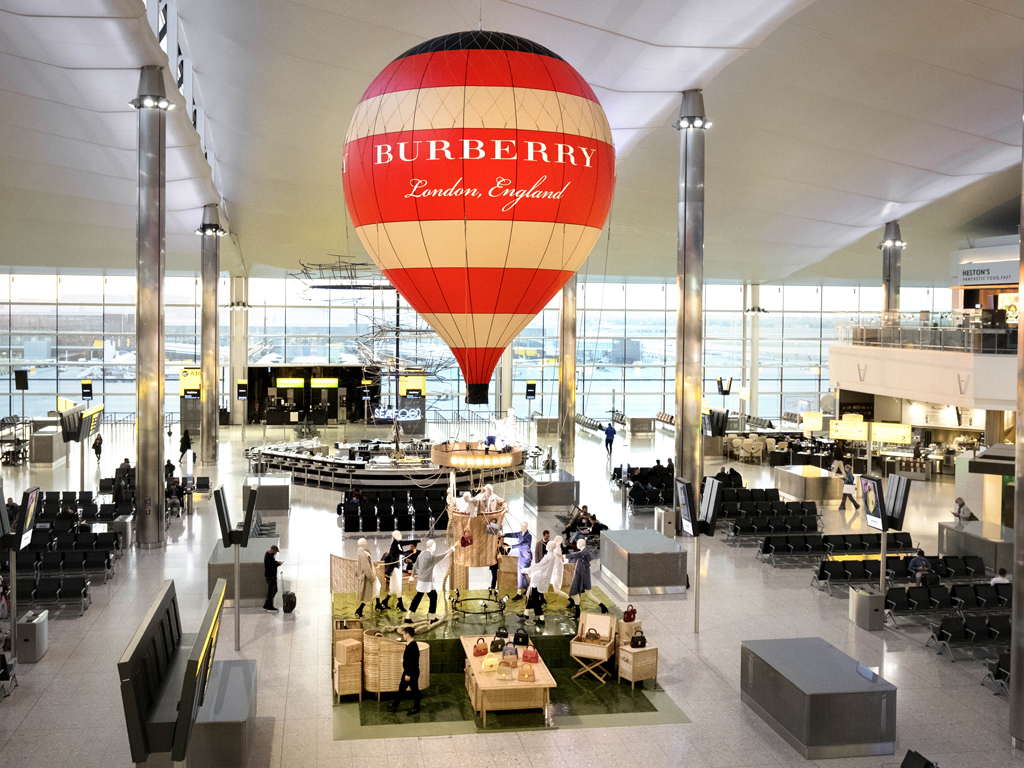 Posh mac-maker Burberry is paying tribute to one of the pioneers of flight with a life-size hot air balloon at its Heathrow pop-up store.
Standing over 15 metres tall, the Burberry Balloon is inspired by the achievements of Air Commodore Edward Maitland, who, with fellow balloonists Auguste Gaudron and Charles Turner, travelled 1,117 miles from London’s Crystal Palace to Russia in 1908, and established the British long-distance, inflight record.
Naturally, Maitland wore Burberry gabardine suiting for his historic flight – ideal protection from the cold at high altitude.
The Burberry Balloon will be at Heathrow from 4 May to 7 August before travelling on the next leg of its world tour to a secret destination.
It is handmade by Cameron Balloons, one of the largest balloon makers in the UK, though there’s no mention in the press release of the actual material.
But I wonder if it occurred to Burbury to use some of their own waterproof cloth, inspired by another very different, though in his way equally audacious aviator in the old East Germany nearly 40 years ago?
Back in 1979, the late Peter Strelzyk – who incidentally died only last month – fled the communist dictatorship in a home-made hot air balloon constructed mainly from – yes – old raincoats. (We doubt whether any of them were from Burberry though, luxury goods being in short supply in the Worker’s Paradise).
His daring bid for freedom was later made into a film starring John Hurt.