The world is not enough: DHL targets space freight 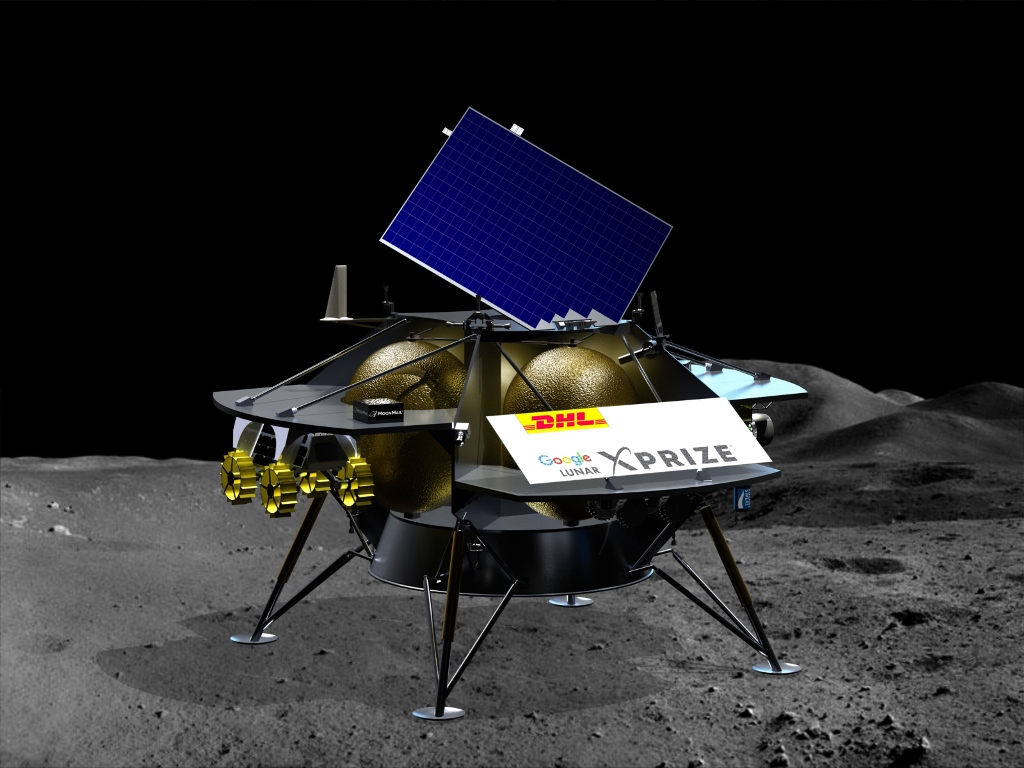 Deutsche Post DHL, it seems, is not content with being one of the largest freight forwarders, express and postal companies in the world and has revealed plans for a ‘space freight’ operation as it goes galactic.
The German logistics firm announced today that it will become the “official logistics partner” of space tech firm Astrobotic as it develops its lunar payload delivery service, basically a lunar lander named Peregrine.
Of course this doesn’t mean DHL will actually be delivering freight to the Moon, rather that it will provide logistics services for Astrobotic’s spacecraft and its customer payloads, making sure that all materials for the new lunar lander as well as the "space freight" will arrive safe and on time to begin the journey to the Moon.
Nonetheless, Arjan Sissing, one of DHL’s top marketing people, is extremely excited about the tie-up, pointing out that the company was coincidently launched in the year of the first moon landing.
“DHL has a proud history of connecting its customers to the world,” Sissing said.
“Moon exploration is also a theme that has a special historical significance for us – DHL was founded in 1969, the year of the first moon landing.
“Today, we are excited to be embarking upon this incredible venture into the next era of logistics – beyond Earth and to the Moon.
“Having played a pioneering role in logistics for many years, we are looking forward to partnering with Astrobotic to open a new frontier in space, and to further developing lunar logistics in the future.”
Airbus Defence and Space is also getting in on the act by contributing engineering support to Astrobotic.
DHL goes on: “Together, this team will advance the technical maturity of the new ‘Peregrine’ lunar lander towards the next big development milestone.
“Peregrine builds on eight years of Astrobotic lunar lander development, and will carry Astrobotic’s first delivery of payloads to the lunar surface.
“Peregrine will fly as a secondary payload on its first mission, with the ability to fly Astrobotic’s future missions thereafter.
“Peregrine offers mission flexibility with a 30 to 265 kilogram payload capacity.  This enables secondary flights on several different launch vehicles. The lander will be powered with an Aerojet Rocketdyne propulsion system featuring next generation space engine technology.”
Astrobotic was also excited about the partnership of “legends”.
“Today’s announcement marks a new era in commercial lunar activity,” said John Thornton, chief executive of Astrobotic.
“With Airbus Defence and Space, DHL, Aerojet Rocketdyne, and NASA, Astrobotic has built a team of legends.
“Make no mistake that Astrobotic has built a world-class team to make the Moon accessible to the world with the Peregrine lander.”