Time lapse video: A Real paint job for an Emirates A380 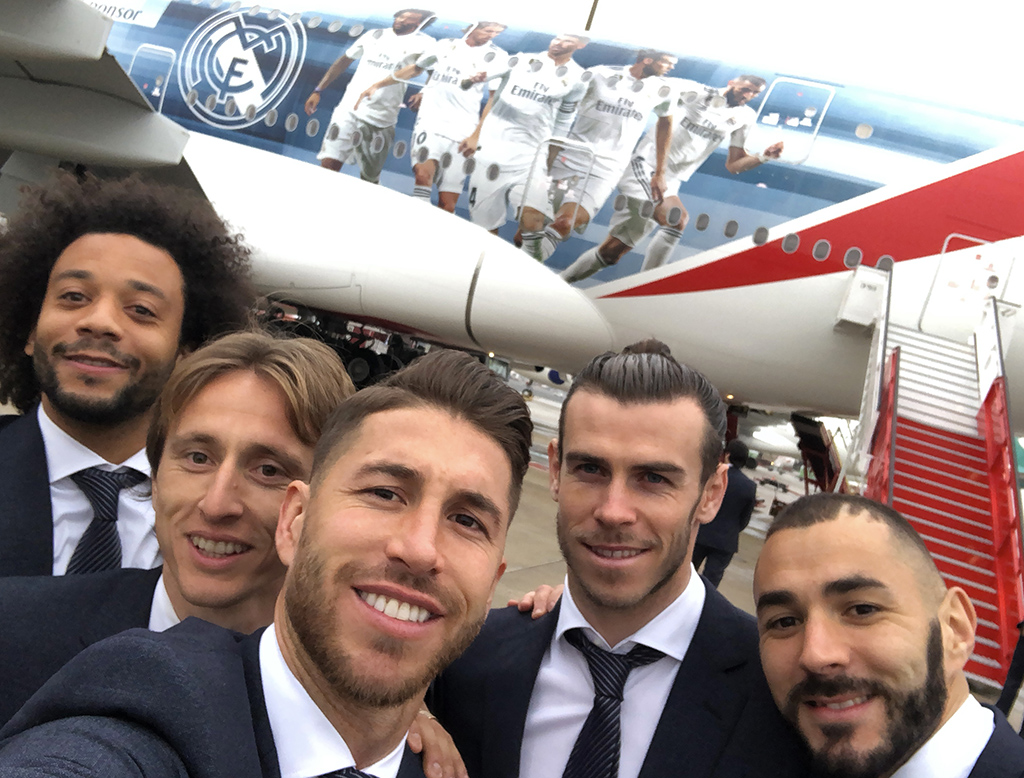 Emirate has unveiled a new decal [picture] on one of its Airbus A380 aircraft, featuring action images of some of Real Madrid’s top players.
The Middle East carrier, a main sponsor of the Spanish football club, said that the new decal was created to mark Real Madrid’s charter flight on an Emirates A380 from Madrid to Abu Dhabi, where the current European champions will compete with football club champions from other continents.
The bespoke decal design features first team players Marcelo, Luka Modrić, Sergio Ramos, Gareth Bale and Karim Benzema, and covers over 200 sq m on each side of the ‘double-decker’ aircraft. A time lapse video of the decal being placed onto the A380 can be viewed above.
Decals featuring Real Madrid players first appeared on an Emirates A380 in 2015, and has since become an eye-catching representation of the airline’s association with the club. Emirates has been the Official Main Sponsor of Real Madrid since 2013 with Fly Emirates branding prominently displayed on the players’ kits.
The decal will remain on the aircraft for six months and fans can catch the aircraft as it crosses the globe with scheduled services planned to Washington, Nice, Mauritius, London Gatwick and Sao Paulo.