UPS ditches the diesel in Florida 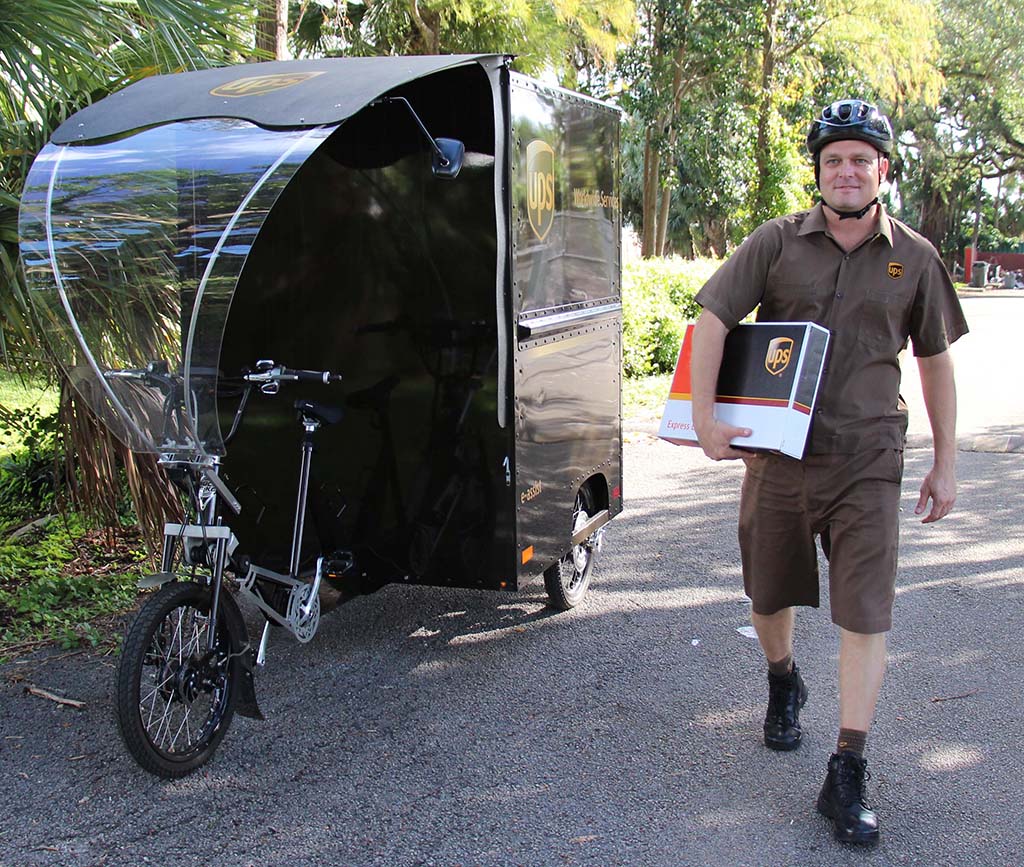 Parcels carrier UPS has launched an electric trike to help it deliver parcels in the land of the motor car. The eBike is an electrically-assisted tricycle that will deliver packages along Las Olas Boulevard and in surrounding neighbourhoods of in Fort Lauderdale in Florida.
It’s all part of the city’s Green Your Routine programme, geared toward  achieving the city’s sustainability goals, and Vision Zero Fort Lauderdale, a citywide safer streets initiative.
UPS says the trike will help cut carbon emissions and noise, as well as improve traffic congestion and downtown air quality.
The eBike’s battery-powered electric motors allows it to cover longer distances than traditional bikes, carry substantial loads and navigate hills and other terrain. The eBike can be operated solely on battery power or, for the really keen, purely by pedalling.
UPS used the prototype eBike in 2012 in Hamburg, Germany — a  programme that was extended and now  serves as a prototype for the company’s new eBike in Florida as well as another eBike that was deployed in Pittsburgh, last month.